Boy, he is doing pretty well for himself tennis-wise and in the relationship front.

First, he is currently ranked at #13 which is up from #63 from the last time we blogged about him. He’s won three ATP titles so far and, according to wikipedia, has banked a total of $8 million in prize money. Woah, that ain’t bad for a guy under 30, huh?

On the girlfriend front, he appears to be dating model Eugenia De Martino as the two of them are usually cosy on his Instagram page (follow him @ dieschwartzman). 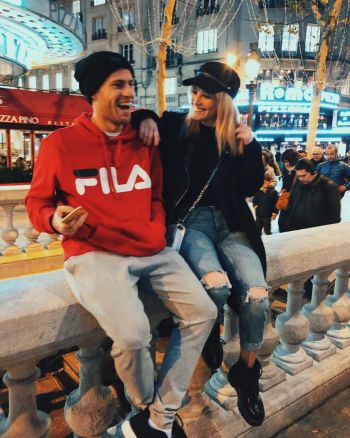 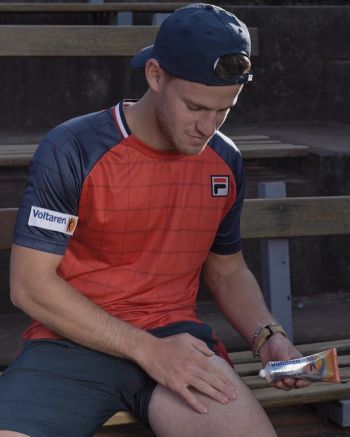 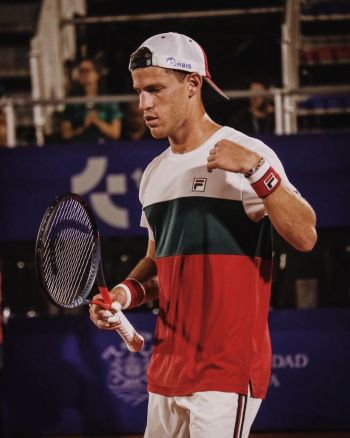 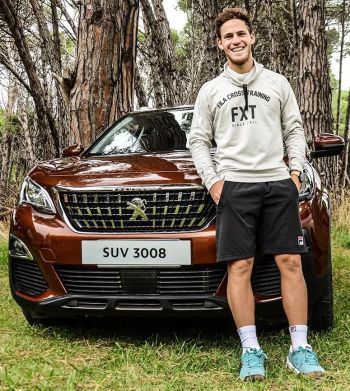 Diego Schwartzman Shirtless and Underwear Photos. Chillin’ shirtless by the pool while drinking whatever that is he’s holding. 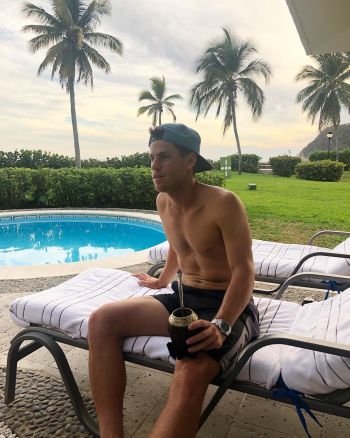 Unfortunately for those of you who are connoisseurs of celebrity underoos, we only have peekabo underwear photos of our Argentine hunk. 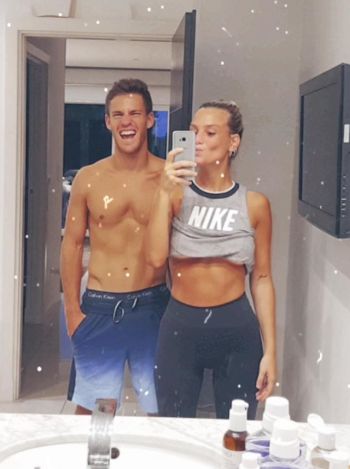 At least we know that he wears Calvin Kleins and Tommy Hilfigers. 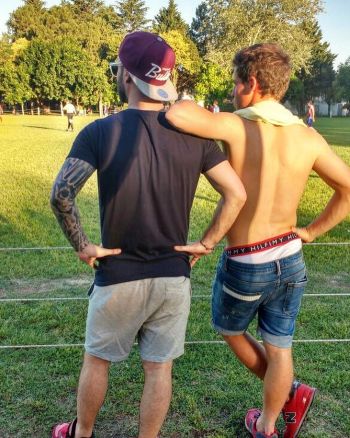 …..
Diego Schwartzman Shirtless Photos (5 June 2016). This post is for those of you who are looking for Diego Schwartzman shirtless photos. It is also for those who are fans of men in shorty short shorts because our 23-year-old Argentinian cutie obviously loves him his short shorts which earns him a lot of props from us here at Famewatcher. 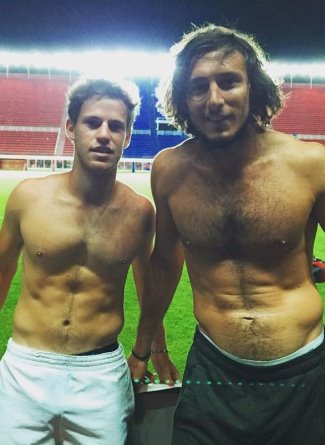 These pics are from Diego’s Instagram account. If you want more, check him out and follow him @dieschwartzman. Diego is currently ranked at #63 in the ATP tennis rankings. What, in your assessment, is his chances of cracking Top 50, Top 20, and the Top 10? 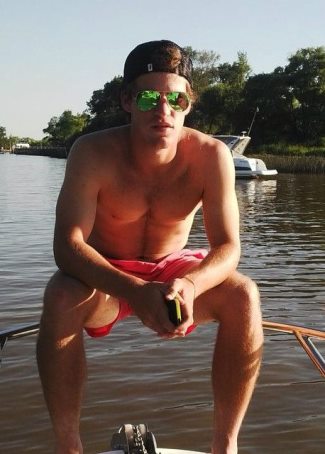 Diego Schwartzman shirtless with an equally shirtless countryman, Federico Coria, who also plays tennis and is currently ranked at #392. 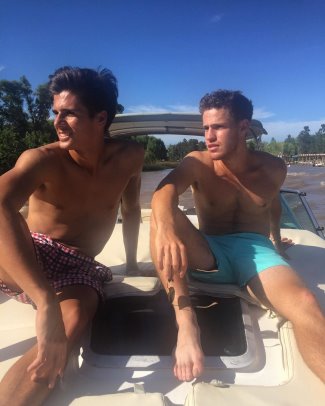 Our Diego sure likes taking shirtless pics, doesn’t he? 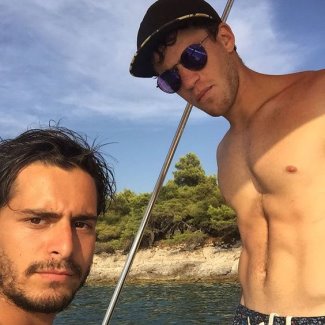 Diego in a pair of boxer shorts. 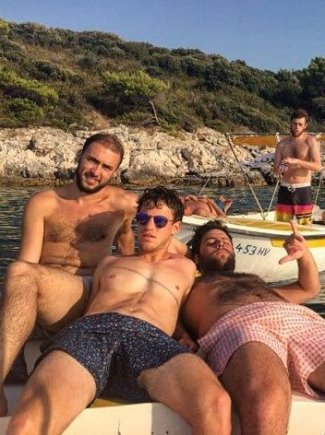 Last May, the Argentine tennis player bagged his first ATP Tour title when he beat Gregor Dimitrov during the finals of the Istanbul Open in Turkey. 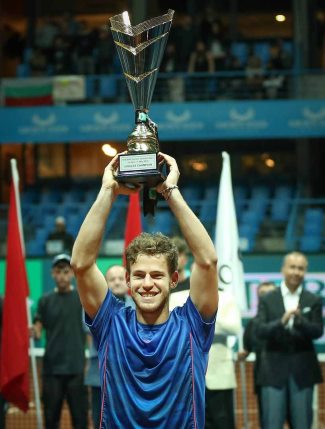 Diego Schwartzman Girlfriend? Is Diego dating anyone or in a relationship? It does not look like he has a girlfriend at the moment. We guess it’s fair to say that he is one of the “lemme focus on my tennis before anything else” kind of guy. There’s nothing wrong with that, of course.

Let’s end this post with some nuggets of info shared by Diego about the world’s top tennis players and, in particular, Roger Federer aka our favorite tennis player. From tennisworldusa.com:

“The majority of them are very different than what it looks on TV. You see them and think that they are extra-terrestrials, but then you realize that are just normal people”

And among the top players there is obviously Roger Federer, who has faced Schwartzman two times this year: in Indian Wells the Swiss won in straight sets, in Istanbul he prevailed in three sets after a very close match. After the encounter Federer’s interview was stopped by public’s standing ovation for Schwartzman. “He is very different than how he seems on TV. You see that he is serious, a gentleman, but off-court he is very funny and jokes all the day”.

However he was not able to share the locker room with him because “Top 10 players have a different room”. 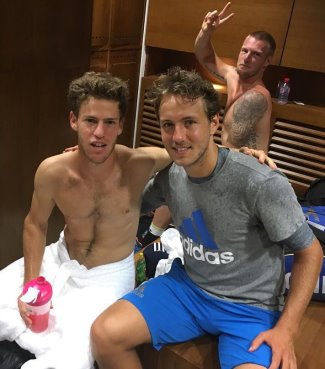