Diego Boneta Shirtless Update. Who’d have thunk that the barista in Scream Queens will grow up to carry a television series? Seriously, not a lot of actors known for doing teen roles are able to go on and establish an image as a serious actor; Diego Boneta is one of those who are talented and lucky enough to pull it off. For those of you wondering what the Latino hottie is doing these days, he is playing the titular character in the Telemundo/Netflix series Luis Miguel which most certainly found an audience because it aired for three seasons. 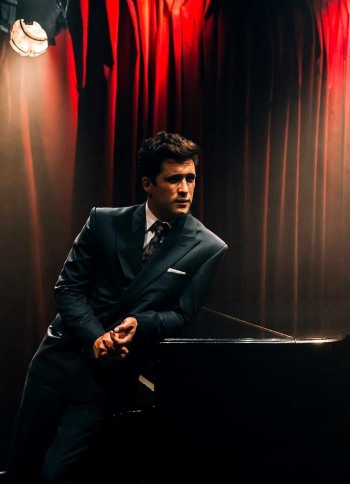 On the girlfriend front, the 30-year-old actor is dating Renata Notni who is also in the acting biz. Here are photos of the two we grabbed from Diego’s Instagram as well as from a red carpet appearance. 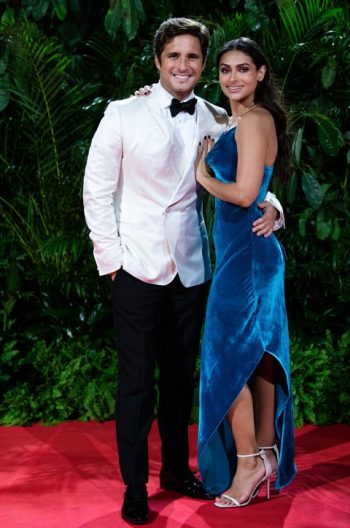 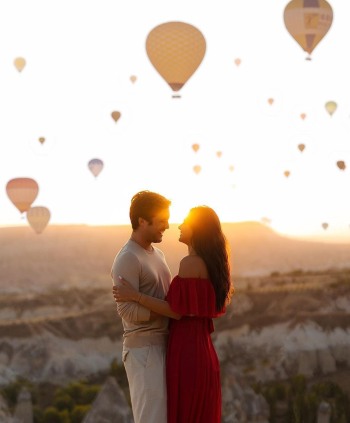 Did you know that our Diego won an ALMA Award as favorite movie actor for the 2012 movie Rock of Ages? For the clueless among us, ALMA stands for the American Latino Media Arts which is also known as the Latin Oscar Awards. More recently, he also received a Seguso Award (Best Young Actor) from the Venice Film Festival for his role in the 2020 movie New Order (Nuevo Orden). Anyhoo, here’s the actor and his ALMA trophy. 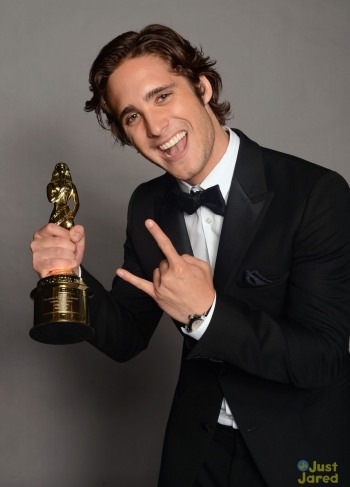 You think we’re done posting shirtless photos of the actor? Of course not! If you want to see more of him, and we are betting that you are because you are just as thirsty as our friend Kevin, go check out similar pics of our Mexican hunk on his Insta (follow him @diego). 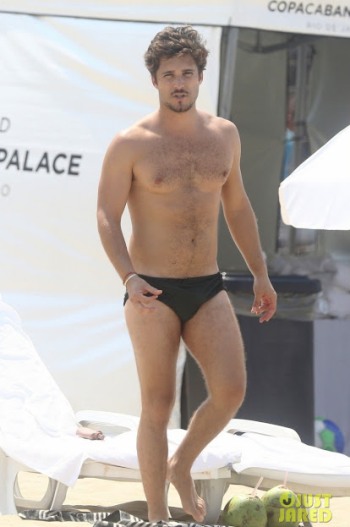 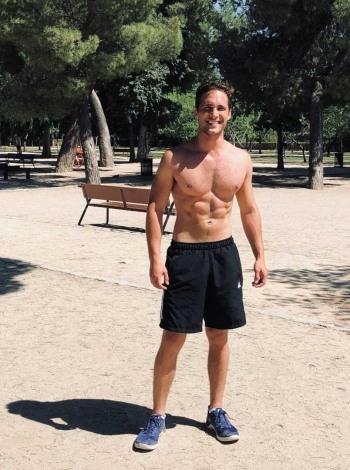 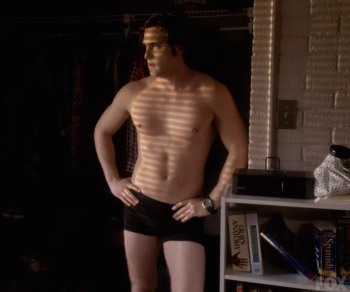 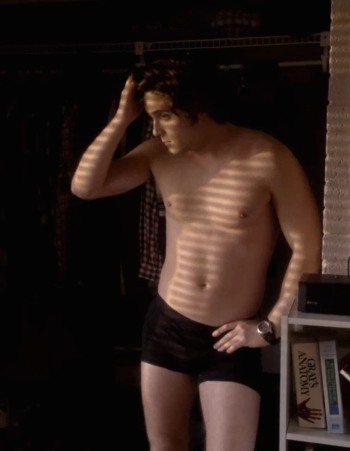 …..
Diego Boneta Gay or Girlfriend? Shirtless and Underwear Photos (10 August 2015). Are you a fan of Latino hunks? Then consider yourself lucky because a Latino hunk is soon gonna rock your teevee. Well, we are hoping he does. Actually, we are pretty sure he will do so because he’s been rocking so far. Check him out for instance as an Abercrombie male model. 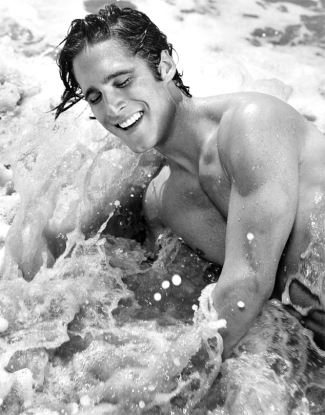 Who’s the guy we are talking about? It’s Mexican actor Diego Boneta who has been cast as a regular on the upcoming Ryan Murphy TV series, Scream Queens. Watch out for it this coming September. It will be airing on Fox.

Here’s what Diego Boneta says about his character in Scream Queens: “My character is the investigative reporter. He is the editor of the school paper The Sentinel. And he takes his job very seriously. He is a hard working guy. He is not a frat boy who is walking around with a lot of his parents money. He works at the local coffee shop on campus. He’s a smart guy, passionate, and he’s all about the truth. In many ways I think Pete is kinda like the audience’s eyes. He’s very balanced, he’s got a good head on his shoulders. But there’s definitely something dark about him.”

Diego Boneta Shirtless Photos. Our Diego is very much a beach bum so it is not hard to look for his shirtless photos. Want more Latino hunks? 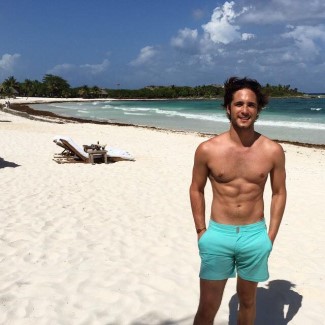 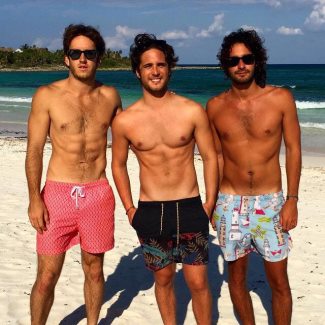 Diego Boneta Gay or Straight? He is straight but if he is a friend of Dorothy, we want him to hook up with Chord Overstreet. Hehe. Here’s a picture of the two hanging out (and getting comfy with each other) at Coachella 2013. Chord tweeted the pic with this accompanying message: “Bro-chella w diegoboneta”. They sure look good together, no? 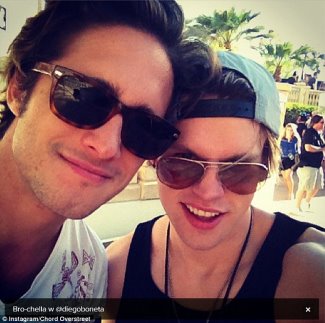 Diego Boneta Girlfriend. So what’s Diego’s current relationship status in 2015? Is he dating anyone? Does he have a girlfriend? Well, Argentine model Virginia Verstraeten may or may not be his girlfriend. The two were spotted on a date last December 2014. Check ’em out holding hands in Argentina: 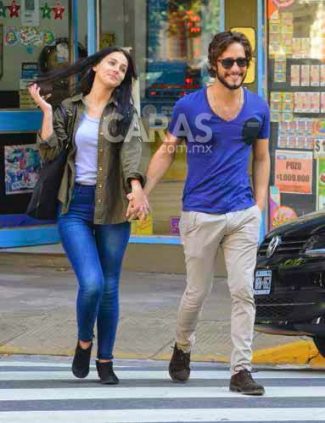 So are they an item? Are they lovebirds? Do they deserve a-la Brangelina portmanteau such as VirDiego or DiVirg? Well, in an interview with Hola! Mexico magazine, Diego states that they are taking it slow: “Virginia is a friend, we’re meeting. By the nature of my work I is quite difficult to be in a stable relationship, much as I am traveling. It’s a very special girl that I really like and we are taking the time to know. Could not say bluntly: “It is my girlfriend ‘, but we’re meeting”. (Translated from Spanish via Google Translate).

More from Hola! Mexico: “And his fans can rest easy, because they are so young, Diego still has no plans to formalize their relationship, but not close to doing so in the future. ‘We are both very young and we both have many professional interests, so only time will tell.’ And he spoke a little lucky and beautiful model. ‘It’s a very grounded girl, very ordinary with a good heart.'”

So there! They are not yet in the stage to commit to each other as girlfriend/boyfriend. This means, of course, that those of you who want to “get” Diego for yourself still have a chance. Wanna know how you can win his heart?