Didier Drogba Underwear Line for HOM. Nearly ten years after we wrote this initial blog post, let us add Didier to our ever-growing list of football players who are marketing their own underwear line. Didier’s was actually launched five years ago in 2014 but we only found out about it now hence this update. 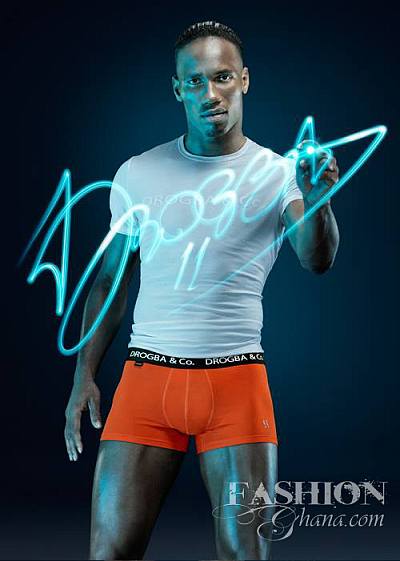 Didier’s underwear is produced in collaboration with the French underwear brand Hom and the proceeds of the project will benefit the football star’s foundation.

Here’s what Didier wrote on his Instagram account: “I’m very proud to announce the launch of my underwear brand. The first underwear brand that will be launched to support a foundation, my foundation, The didierdrogbafoundation. By producing my own line of underwear I’m able to achieve two goals; to design a fashionable men’s underwear range, and to create a product that will directly support my charitable foundation – to aid in healthcare and education in the Ivory Coast.” 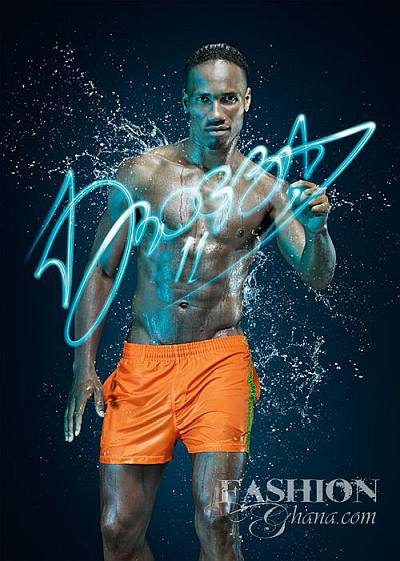 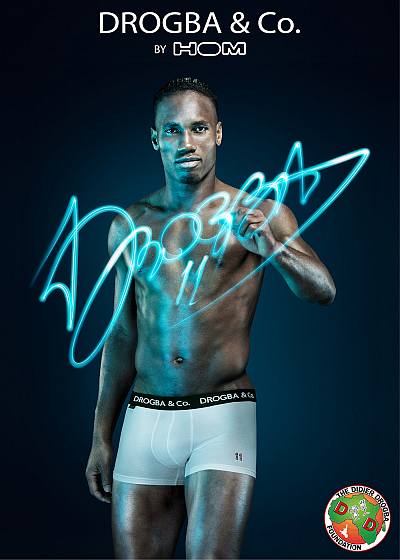 By the way, for those of you wondering whether our Didier has got himself a girlfriend or a wife, the answer is in the affirmative. He tied the knot with Lalla Diakité in 2011 but they’ve been together around ten years before they got married. The couple have three children together. Here’s a photo of Didier and Lalla on their wedding day: 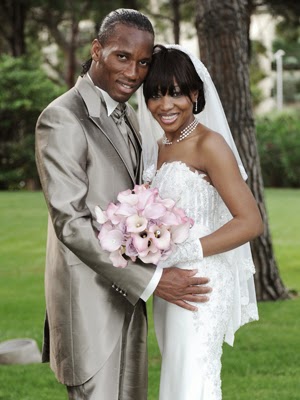 *****
Didier Drogba Underwear With Cristiano Ronaldo – Vanity Fair Magazine (4 May 2010). We have no need for more photos of footballer Cristiano Ronaldo’s underwear (okay, our friend Deena does), but we haven’t published any pics of another footballer, Didier Drogba, yet so we’re happy to come across these Vanity Magazine cover photo of Didier and Cristiano in their square-cut boxer briefs: Calvin Kleins for Didier and Emporio Armani for Ronaldo. 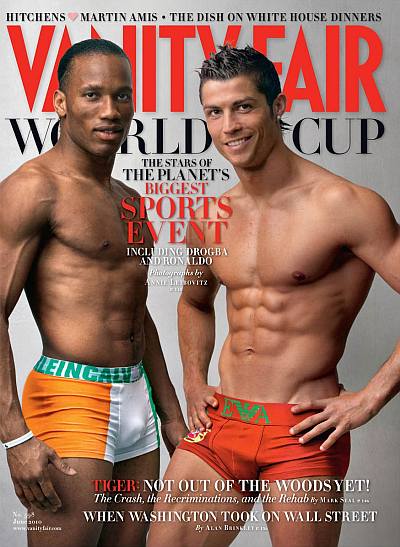 You know what these two should have done to make this the best Vanity Fair Magazine cover ever? They should have followed this example by Kris Allen and his friend. Want more football hunks? Or would you rather check out you more male celebrity underwear? 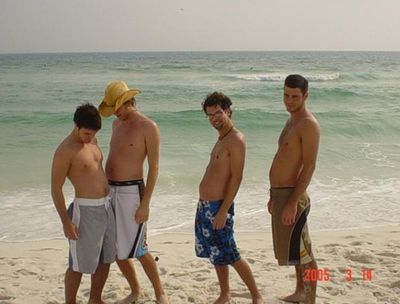 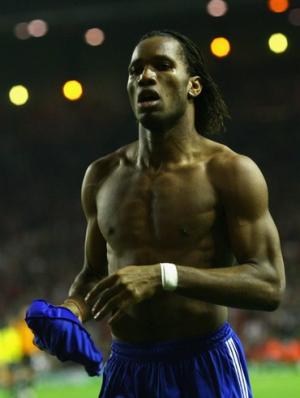 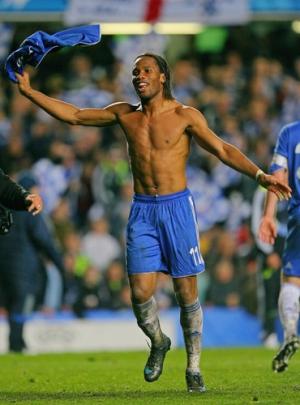