Designer Skirts for Men: Givenchy Kilts for Cold Winter Days. It’s male models in kilts redux in the Givenchy fashion house for the coming season. Either the French label’s Spring/Summer menswear collection — which featured men’s kilts front and center — was a big hit so they decided to do again or fashion house’s designers have totally run out of ideas. 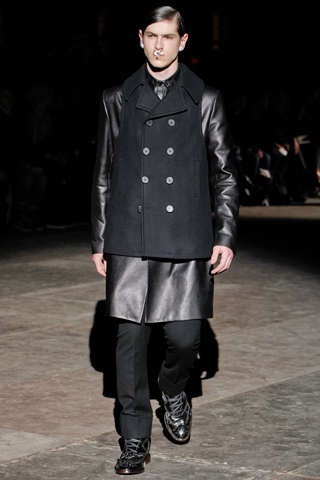 In 2011, Givenchy gave us these Men Wearing Skirts. For Fall/Winter 2012-2013, designer Riccardo Tisci gave us essentially the same thing, although we gotta admit that we’re liking the 2012-13 kilts (or men’s skirts as our friend Toby insists) much more than the 2011 ones. 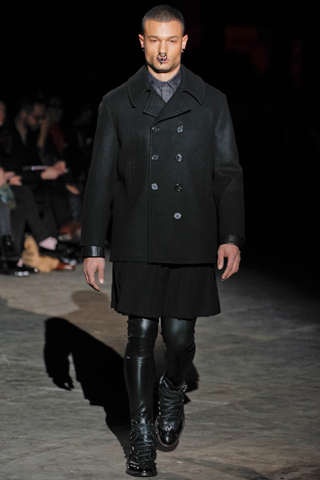 [Additional comment: Deena notes that Givenchy’s menswear collection for Fall/Winter 2011-2012 as well as for Spring/Summer 2012 actually include lots of kilts. So maybe it isn’t so much that the designers ran out of ideas but its more of a case of the Givenchy people really, really loving them their kilts. There’s nothing wrong with endless kilt-loving, of course. In fact, half of the Famewatcher team — i.e., Deena and Kevin — also really love them their kilts but they love the men who wear them more. Hehe.] 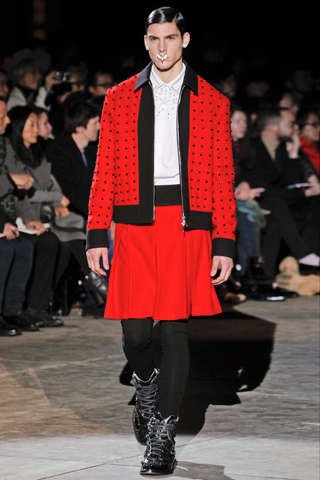 Another person who apparently loves him his kilt is male supermodel Sean O’Pry who we last blogged about in 2010 when he was modeling some fabulous Zara Winter Coats and Jackets.

Sean recently did a photoshoot for Dansk Magazine (photography by Michael Schwartz) wearing — what else? — Givenchy’s Fall/Winter 2012 kilts. Check out his pics below. 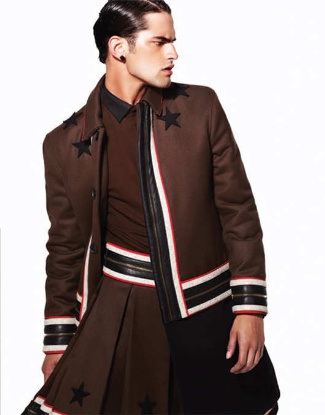 A gorgeous man who wears a fabulous kilt is a glorious sight to behold. 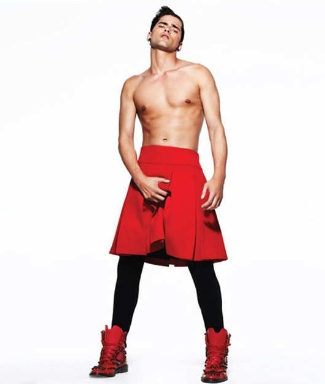 Especially if he’s wearing a red kilt and most especially if he’s shirtless and is gifted with some six-pack washboard abs like Sean (he ain’t model.com’s Number One Male Model for nothing). 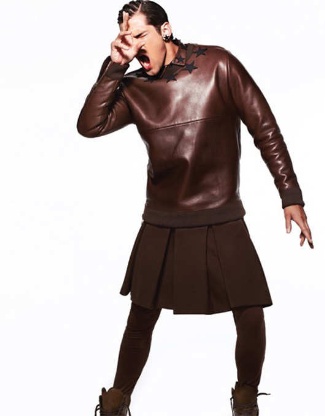 Just because a man is wearing what’s essentially a skirt does not men that he can’t be a badass, right? Want more hot guys in kilt?