Dermot O’Leary Underwear, Shirtless, Gay or Girlfriend, Wedding Photo (May 2017 Update). Seven years after we wrote this post, we are updating it because there’s just too much Dermot O’Leary goodness that we must share with you. This one where he’s wearing a wedding dress leads the cake. 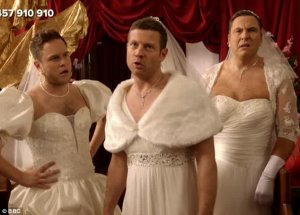 Since we blogged about him, our Dermot did tie the knot with now wife Dee Kopang. Here’s a photo from their wedding. 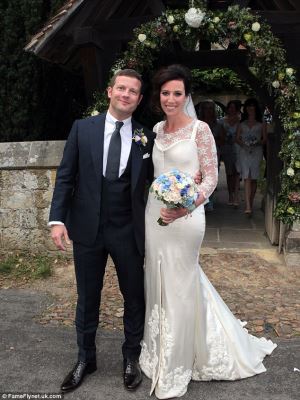 This does not however that we can’t make some Dermot O’Leary gay jokes, no? Especially when it comes to him and Olly Murs. Hehe. 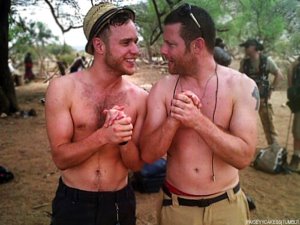 For those of you looking for Dermot O’Leary shirtless photos. 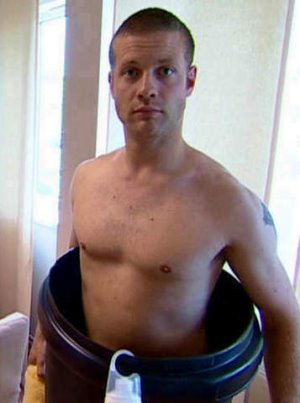 Apparently, our Welsh hottie loves him some Calvin Klein underwear. 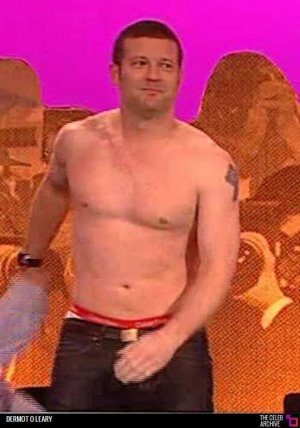 Speaking of underwear, here’s a fake Dermot O’Leary underwear photo. Props to whoever made this.

Dermot O’Leary Underwear + Shirtless Photos of X-Factor Host. X-Factor America, meet your host, the hunky Irish jock that is Dermot O’Leary. What underwear does he wear, you ask? Boxers or briefs? Well, you’ll find the answer to this important underwear question, under the table. Apparently, our Dermot loves him his boxer shorts…. and whatever that thing is above his socks which screams, “I’m kinky!”. 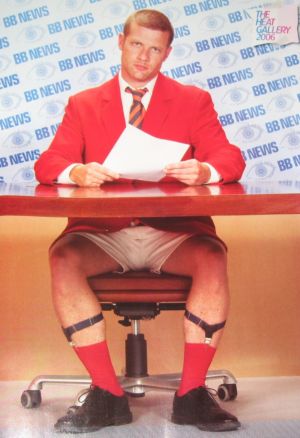 Oh, just so you know, Dermot wears a big pair of shoes. And you know what they say about men with big shoes don’t you? 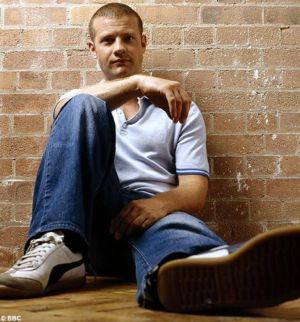 Dermot will be a fresh change from the “annoyingness” of Ryan Seacrest. The thing with Ryan is he calls too much attention to himself as if he is the star of the show when its the contestants who should be the stars. We don’t think Dermot will have Ryan’s “Look at me, look at me, I’m a bumblebee” attitude.

Anyhoo, we congratulate Dermot on the new challenge/opportunity he’s gonna face in the United States. We hope he gets more shirtless often so his fans who are googling “Dermot O’Leary shirtless” don’t have to make do with the dated pics below. Hehe. Maybe we should start a Facebook campaign to get Dermot O’Leary shirtless? 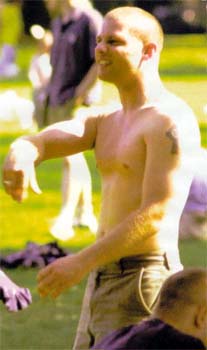 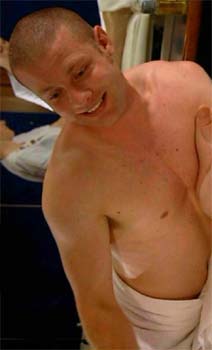 UPDATE: The silly producers of X-Factor US decided to not hire Dermot as the host which may be the reason why the show is struggling in the ratings. Serves them right for snubbing our Irish hunk.