Dermot O’Leary Gay? He’s a Straight Cross Dressing Drag Queen. Is Dermot O’Leary gay? Heh! Of course not. Despite his love for sailor hats, the X Factor presenter is not gay and is very much married to a girl — see Dermot O’Leary-Dee Kopang Wedding. That’s enough proof to tell us Famewatchers that he is as straight as an arrow. What he is though is a man who loves him his woman’s clothes. So we’re guessing it is more than okay if you are going to say that he is a cross-dresser. 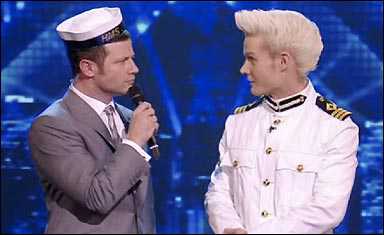 Let us check out his cross-dressing ways, shall we? Here’s our imaginary Irish boyfriend as Violet Crawley, the Dowager Countess of Grantham (played by Dame Maggie Smith). 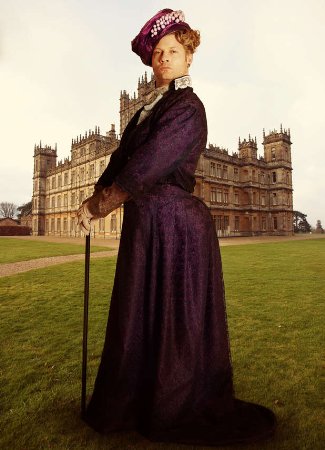 Next, here’s our Dermot in a leopard print dress as he channels Chloe Sims of The Only Way is Essex.

And here’s our cross-dressing hunk as the devout Christian woman Dot Cotton of the BBC’s soap, Eastenders. 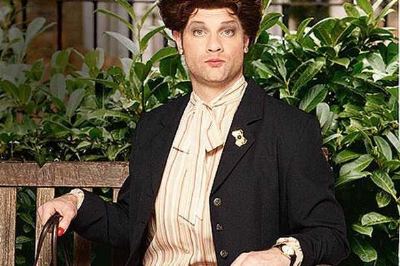 And, last but not the least, here’s the X-Factor presenter as noted cook book writer and television personality Mary Berry (we’re told she’s kind of the British version of Martha Stewart). 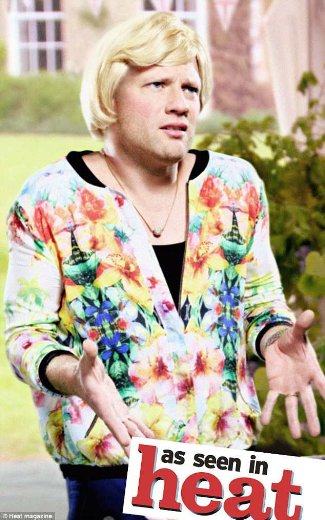 So there you have Dermot’s cross-dressing ways. You know, who’s missing a big opportunity to take advantage of Dermot’s love for women’s outfits? It’s them designers – like JW Anderson, Givenchy, Agnes B, etc – who are trying to mainstream Women’s Dresses for Men — see JW Anderson’s Women’s Dresses for Men. They should grab the opportunity and hire Dermot as their celebrity spokesmodel.

By the way, wouldn’t it be fun if we put Alex Reid and Dermot O’Leary in an MMA cage and make them go at it? Their is no doubt that Alex, being an MMA fighter and all, will win the match. But Dermot, being prettier and all, will have more fans backing him up. Especially if, like Alex, he would find in a skimpy lacy women’s underwear.

Ahh, the thought of Dermot in women’s panties!