Dermot OLeary Dee Koppang Wedding Photos. Aww. Our imaginary TV-boyfriend Dermot O’Leary has gotten himself hitched. We were planning to hate on his bride but we’re not gonna because he’s clearly very, very happy like a schoolboy who just opened his gift from Santa on Christmas morning. Seriously, we’ve never seen a groom as happy as Dermot in the photo below. He is unbridled joy personified. 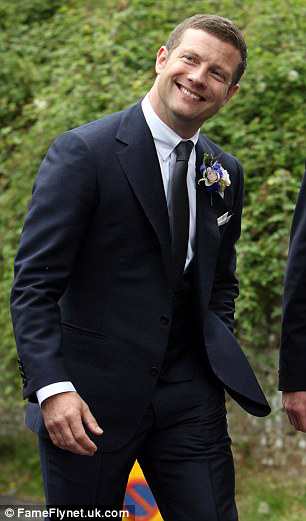 According to the Daily Mail, the Dermot OLeary Dee Koppang wedding ceremony was held at the St Mary’s Church in Chiddingstone, Kent. It was reportedly an intimate wedding which was attended by several celebrities like James Corden, Holly Willoughby, Fearne Cotton, Bear Grylls, Gemma Cairney, Antony Cotton and Leigh Francis (aka Keith Lemon). 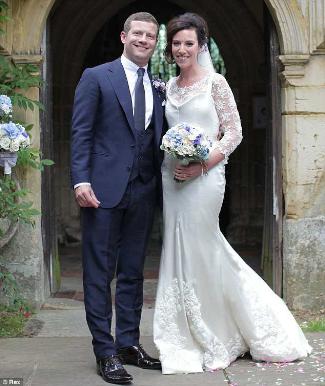 And who exactly is this Dee Koppang who stole Dermot’s heart from us? Apparently, she’s a producer and one of her IMDB credits include called Justin Bieber: All Around the World, a TV documentary that only Bieber’s most avid fans have heard of. IMDB also lists her as an assistant producer/packages producer for some TV shows such as Princess Nikki, Dirty Tricks, The Victoria’s Secret Fashion Show, and Bed and Breakfast USA which is currently on post-production. 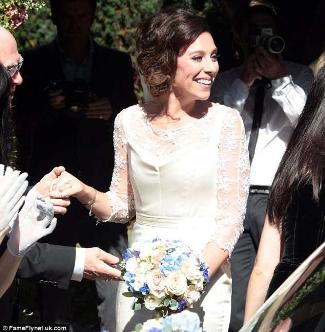 Dee and Dermot have been dating since, like, forever. Says Dermot of his then-girlfriend when he announced their engagement a year ago:

We’ve lived together for seven years and been going out for 10 years so we are settled down already. I love my girlfriend and the woman that will be my wife and we are really relaxed with each other.

Aww. How sweet. This is why we can’t be jealous (and resentful) of her because clearly, our Dermot loves her a lot. 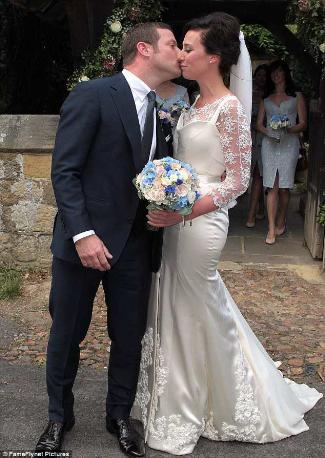 The newlyweds (Dermot actually) wave to their well-wishers after their church wedding. 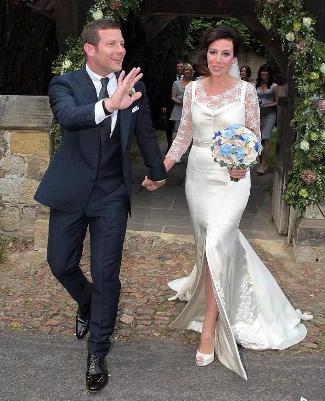 Congratulations to you Dermot O’Leary and Dee Koppang.

For a previous post we wrote about our ex-imaginary boyfriend, check out Dermot O’Leary Underwear and Shirtless Photos.

UPDATE: IMDB may be understating Dee’s work accomplishments because according to scarletworks.com, she has also done several projects for several TV stations such as “BBC1 & 2 and Channel 4, as well as cable channels – MTV, VH1 & Discovery”. Said site also mentions that the new Mrs. O’Leary has directed and produced a Survivor-style reality show for Channel Four.

And if you want another reason to be jealous of her, get this: She speaks several languages particularly English, Norwegian, Swedish and Danish (she’s originally from Oslo, Norway) and “has a working knowledge of French and German”.

Some people do have everything, huh? Still, as we mentioned above, we’re not gonna hate on her because look at that pic of Dermot smiling total with happiness during his wedding day.