Now the truth is coming out slowly. The scandal involving former House Speaker Dennis Hastert has something to do with an alleged sexual abuse of a male student. This means that our speculation in an earlier post (Dennis Hastert Gay Secret?) is right on.

Could the alleged Dennis Hastert victims be members of the high school wrestling team of the Yorkville Community High School in Illinois which was coached by our teacher-turned-powerful-legislator? Or, considering that our family-values Republican Speaker was also involved with the Boy Scouts for 16 years, could it be that his alleged victims were scouters? 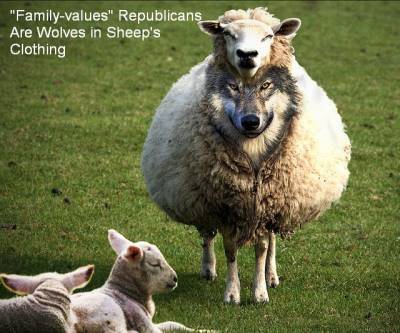 Anyhoo, here are some of the latest details from the New York Times:

J. Dennis Hastert, who served for eight years as speaker of the House of Representatives, was paying a former student hundreds of thousands of dollars to not say publicly that Mr. Hastert had sexually abused him decades ago, according to two people briefed on the evidence uncovered in an F.B.I. investigation.
…
The former student — who was not identified in court papers — told the F.B.I. that he had been inappropriately touched by Mr. Hastert when the former speaker was a high school teacher and wrestling coach, the two people said Friday. The people briefed on the investigation spoke on the condition of anonymity because they did not want to be identified discussing a federal investigation. 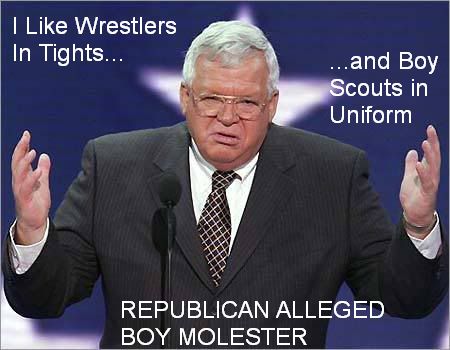 And, get this, although media reports initially mentioned only one alleged Dennis Hastert victim (identified as Individual A), another student has come out to allege that he’s also been abused by the former Republican House Speaker.

From the LA Times:

A top federal law enforcement official, who would not be identified speaking about the ongoing federal case, said investigators also spoke with a second man who raised similar allegations that corroborated what the former student said. The second person was not being paid by Hastert, the official said.

Don’t be surprised if other people, aside from these two, will also come out and make similar allegations in the future. 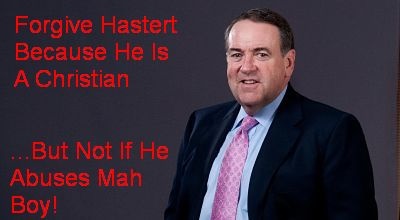