Denim Jacket For Men: Jesse Metcalfe Fashion Update. Some of you want more photos of our hunky Jesse wearing denim jacket for men so we are updating this post to give you what you want. Here’s our denim-loving hottie rocking his gray Levis denim jacket. 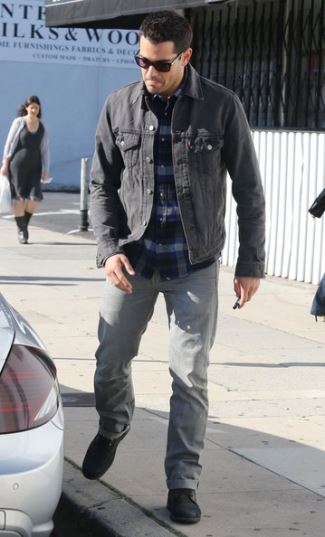 Jesse goes shopping with fiancee Cara Santana. We’re still debating here at Famewatcher whether our Jesse is wearing a long-sleeve shirt made of denim or whether that is a denim jacket for men. [Related: Jesse Metcalfe Underwear.] 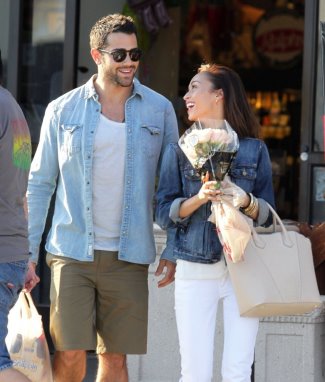 Finally, here’s our favorite photo of Jesse in denim. Sooo stylish! Who says you can’t wear a tie with a Levis denim jacket? 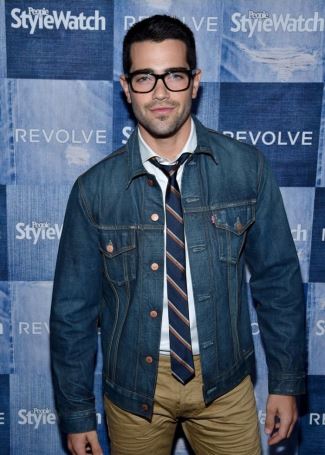 Denim Jacket For Men: Jesse Metcalfe Fashion Style (26 October 2009).  We love denim jackets (they’re classic fashion which will be in “style” forever) but we love the sluttiness of Jesse Metcalfe more. Seriously, is Jesse the sluttiest man in Hollywood or what? He teased us earlier in his “I partially unzipped my blue jeans, come fully unzip it honey” act. He loves showing off his bulging biceps. And he’s like, “Watch my bum in camo pants”. Yeah, we will honey. You’re such a man-slut and that is why we love you. 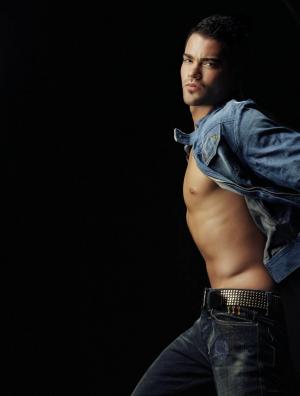 Anyhoo, what do you think of Jesse’s all-denim get-up? Do you think he’s wearing undies made of denims too?

OUR OTHER POSTS ON JESSE METCALFE:

Jesse Metcalfe’s Bulging Biceps (20 February 2009). Nice bulge you’ve got there Jesse, how long have you been working out in the gym to get that one? 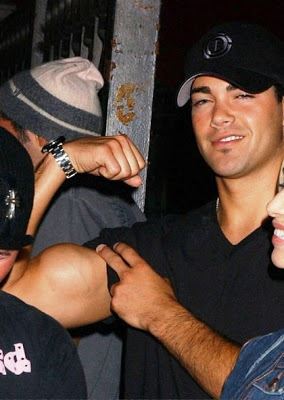 Athletic Shirts for Men: Jesse Metcalfe’s White Singlets (13 November 2009). Our favorite celebrity male slut Jesse Metcalfe looks great in his white singlet athletic shirt doesn’t he? He is cute and adorable and almost angelic. Heck, if we aren’t committed to our imaginary celebrity boyfriend, the muscle shirt hunk David Salmoni, we will bring this Jesse back home to mama. 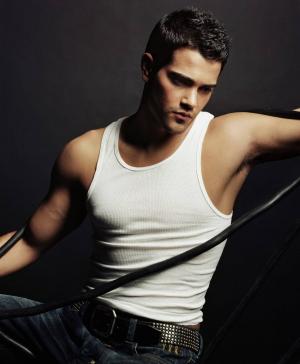 Seriously, check out the hawtness of Jesse in the following photos: 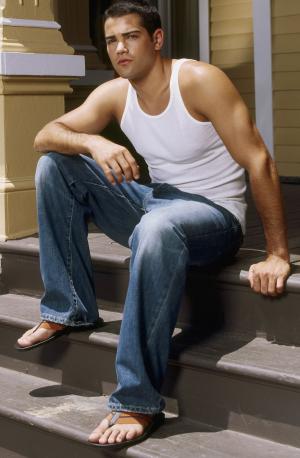 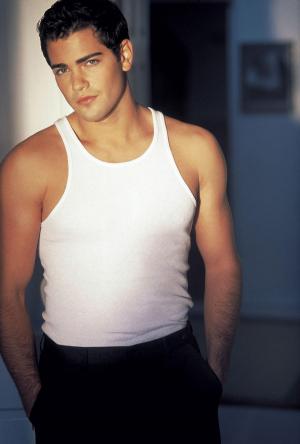