Debenhams Cotton Pajamas for Men: Guy Ritchie Photos. Who knew men are so impressionable? They see a picture of Guy Ritchie in his striped cotton pajamas and they go queue up in Debenhams to buy a similar sleepwear? How sheeple is that? 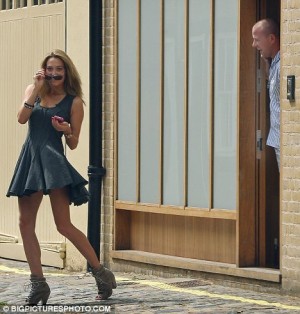 Ruth Attridge, spokesperson for Debenhams, had this to say about the impact of the photos (via Daily Mail): “We were a bit taken aback when we found out how quickly our classic cotton pyjamas were disappearing from the shelves. It is the blue striped styles that are selling noticeably faster and we soon came to the conclusion that it was more than coincidence that Guy Ritchie was pictured on his doorstep in an almost identical pair the weekend before.”

She adds: “This jump in demand goes completely against the normal buying patterns we see for pyjamas. The usual sales surge is in the autumn and early winter as the weather turns colder, not at the start of summer. We’ve nicknamed this sudden trend the ‘Guy Glitch’ as this particular range has never been our best seller until this week. We have had to contact our warehouses to ensure we can meet the increased demand, but are confident we have enough supplies.” 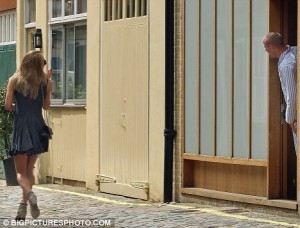 Guy Ritchie Shirtless in Wet Beach Shorts. Our friend Kevin was like, “Yeah, yeah, yeah, Guy Ritchie’s pajamas increased Debenham sales but the true test is whether a photo of him in his underwear will increase the sales of the brand he’s wearing?”

His comment, naturally, gave us an excuse to post Guy Ritchie’s underwear but try as we might, we can’t find a picture of the guy in his undies. Apparently, unlike some British celebrities we know (Hello, David Beckham!), Madonna’s ex is not the “I’ll have my pictures taken while I’m wearing nothing but my underthings” kind of guy.

Thankfully, he’s not averse to going shirtless at the beach. Here’s the Sherlock Holmes director looking good in them wet beach shorts. 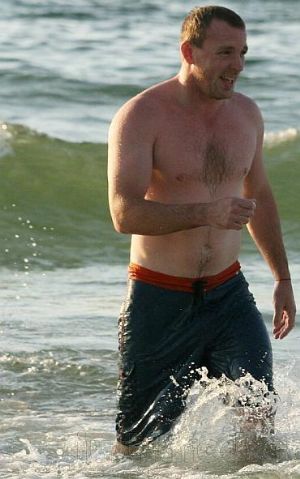 Ain’t he a burly hottie? 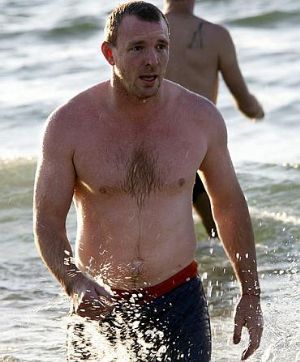