Davood Ghadami Shirtless Photos (posted 15 November 2014, updated below). We’ve got a new imaginary TV boyfriend. His name is Davood Ghadami. He recently joined the cast of EastEnders. And he’s got the hottest body of them all. Haha.

Davood plays the role of Khoroush “Kush” Kazemi. Davood tells us more about the character he plays in an interview with Digital Spy:

What can you tell us about Kush? “You get a good idea about Kush very early on. He’s from Essex and is a bit of an Essex boy. He turns up on the Square and is setting up a market stall. He’s in direct competition with a few others on the market. That’s not a bad thing, though – there are some interesting relationships there and he manages to ruffle a few feathers from very early on. He is genuinely a nice guy though and he wants to get on with people.”

On whether he has any similarities with the EastEnders character he plays: “It’s good to have some similarities, obviously not entirely. Him being a nice guy and wanting to get on with everyone is something that is quite similar to my personality and it’s easy to bring to the role.”

On whether he’s been starstruck meeting his co-stars: “I’ve had that moment with everyone. There’s a moment when you go ‘this is strange, you’re on the TV’ but then it passes and you get on with the job. Everyone is really great here and very warm and welcoming. I felt very supported when I came in – I feel very grateful to everyone.”

Davood capped from an episode of EastEnders: 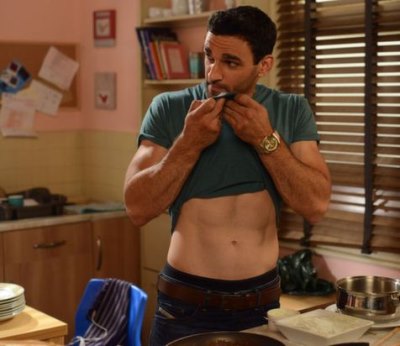 Davood Ghadami Underwear. Here’s Davood wearing white boxer shorts with EastEnders co-star June Brown. According to the Daily Mail, this pic is part of a charity calendar featuring EastEnders stars to raise funds for Children In Need. It’s a project worth supporting, no? 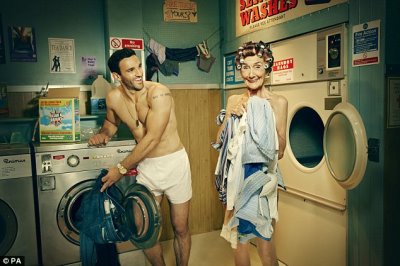 Let us take a closer look, shall we? 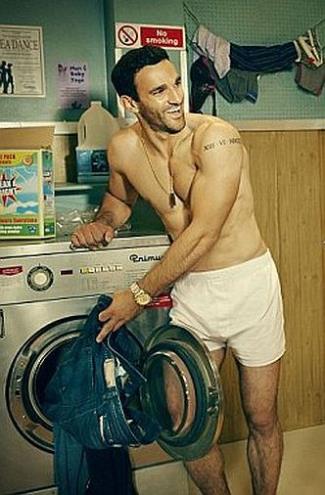 Davood Ghadami Gay or Girlfriend? Is our hunky actor gay or straight? What’s his relationship status? Is he married or single? Is he dating anyone at the moment? Does he have a girlfriend?

Unfortunately, we don’t know the answers to the above questions. But we hope to find out the answers and update this post in the future.

2020 Update. Turns out our British Persian hunk has been a married guy since 2010. Props to the guy for keeping his family life outside the scrutinizing eyes of the gossipy British tabloids. Here’s a photo of Davood and wife Isobel during their wedding courtesy of photographer David Islip (david-islip-photography.co.uk). 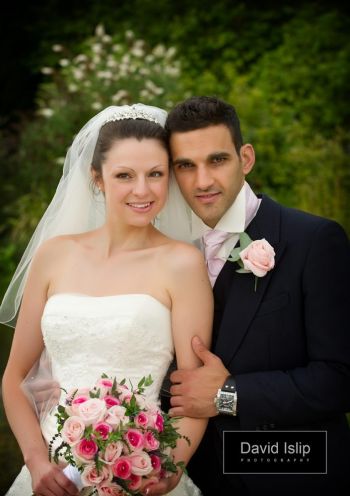 According to The Sun, the couple are proud parents to two daughters named Eva and Grace. 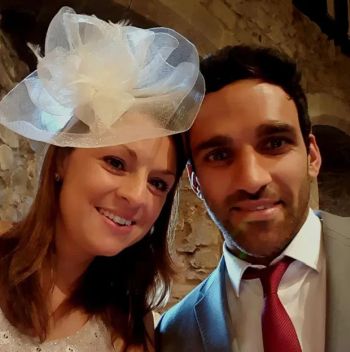 More Davood Ghadami Underwear Photos. For some reason, we thought we already uploaded these photos of Davood elsewhere in this blog but we, apparently, did not. Or is this a common scene on British TV, you know, tying a guy on a fence while he’s wearing nothing but his black boxer briefs. 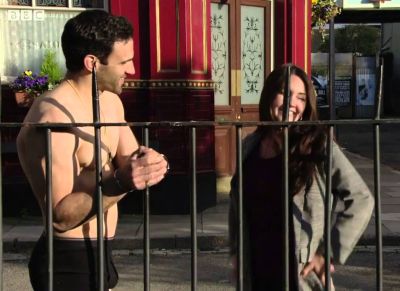 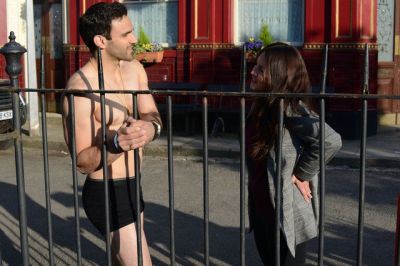 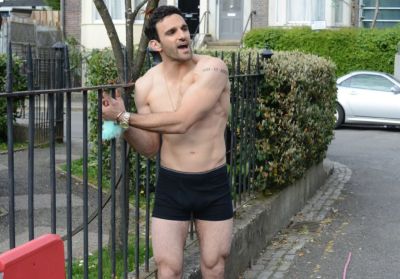