David Samson Shirtless Photos. David Samson is a lawyer, the president of a Major League Baseball team, a triathlete who completed the Ironman World Championships in 2006, and an “inveterate asshole” according to the guys at Deadspin. 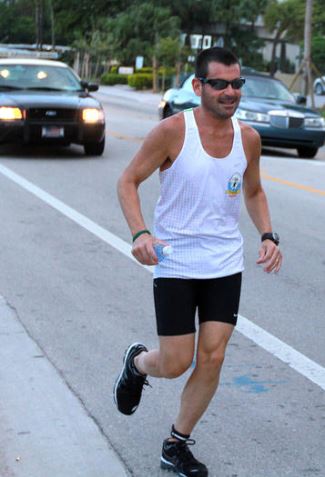 Soon he will be a reality star because he’s reportedly been cast in the upcoming season of the granddaddy of all reality shows, Survivor. From local10.com:

Local 10 has learned that Marlins team president David Samson is one of the contestants for the upcoming season of Survivor.

According to a source, Samson will be one of 18 contestants in the new season, which debuts next month. CBS has announced that the latest season was filmed in the Philippines last summer, but they have not made any official announcements on the contestants.

Local 10 was unable to reach Samson for comment. The team is in the middle of its offseason. According to our source, it’s unlikely Samson could even comment on his participation since CBS will officially announce the contestants in a few weeks.

Samson is no stranger to endurance challenges. The Marlins president once travelled to Hawaii to compete in an Ironman competition, and he also ran a grueling 52-mile double marathon for charity.

As you may already know, Survivor Cagayan will feature Brawn vs. Brains vs. Beauty. Since he is a lawyer and lawyers are perceived to be brainy, the CBS gods might be putting David in the Brains tribe which means he will be sharing a hut with Playboy model-turned-nuclear-engineer J’Tia Taylor. But because he is also a brawny kind of guy having finished Ironman and all that, Samson will also fit nicely in the Brawn tribe.

How will David Samson fare in Survivor? Will he fall on his ass, do belly flops (a-la Gervase in Blood vs Water), and make dumb moves that will live in infamy? Or will he be a brilliant player who will manage to win over his critics for his sagacious moves? Well, we will soon find out what kind of player he turns out to be.

Let’s end this post with a shirtless photo of the Miami Marlins president, courtesy of luisvargas.com, for those of you who are looking for shirtless pics of Survivor contestants. We will update this if he goes shirtless on Survivor (most likely) and if he competes in a pair of pink underwear a-la Special Agent Phillip Shepard. 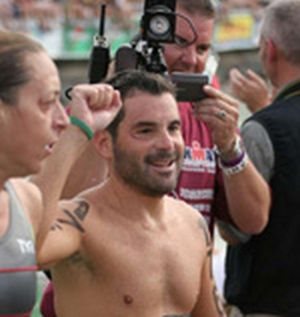 How does he fare in the “looks” department vis-a-vis another Survivor Cagayan contestant, the Shirtless Underwear Model Jeremiah Wood?

UPDATE: Here’s the underwear photo you’ve all been looking for — David Samson in boxer shorts. 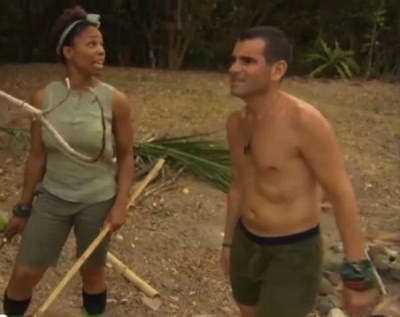 Pic above is screencapped from this unaired Survivor video clip.