David Nugent vs. Jason Lowens: Is This the Next Big Scandal? There’s a scandal a-brewin’ with a certain David Nugent. No, I don’t mean David Nugent the British football star who scandalized people by posing au natural as you can see below.

For the record, the David in the pic has declared that he is proud of his self photo. Having seen all of it, we can see why he is proud. It does look like his gifts are not limited to playing football. Hehe. 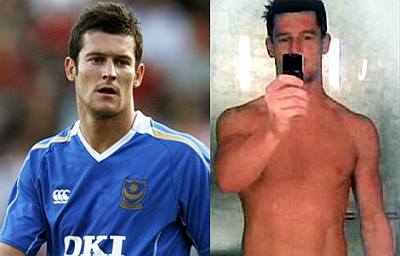 But let’s go back to this story about another David Nugent. This scandal involves allegations being made online [read it here and here] involving a “Pinoy” David Nugent, reportedly a former top official/staff of PLDT, who is being accused of “corporate fraud, identity fraud, perjury, and theft”. PLDT, for those of you not familiar with it, stands for the Philippine Long Distance Telephone Company which controls maybe 80% of the phone/internet market in the Philippines.

Are the allegations true? I don’t know. These are only allegations and the burden is on Jason Lowen to prove them and to file cases with proper authorities if he has a cause of action.

Jason admits that he was emboldened to come out with his allegations after the success of Brian Gorrell’s blog which is viewed by Brian’s supporters as a legitimate course for attaining justice but which is seen by Brian’s enemies as nothing but a blog for mudslinging and character assassination.

Let’s see whether Jason’s blog will make similar waves. If he is telling the truth, we wish him success. It is interesting how the internet is becoming a refuge for victims of injustice as well as a way to get back at one’s enemies by destroying their public image.

David Nugent vs. Jason Lowens: Is This the Next Big Scandal? Posted in Celebrity Scandals.