David Duchovny Underwear: He Also Wears Women’s Clothes. This is probably one of the funniest photos of David Duchovny we’ve ever seen. Actually, its also one of the funniest male celebrity underwear photos we’ve ever seen. And it answers the question about whether David loves him his boxer underwear or whether he is a briefs dude. Apparently, according to this photo, David is a boxers guy.

In David Duchovny news, watch out for his movie The Joneses which is slated for release in the spring of 2010. The indie movie, which premiered at the Toronto International Film Festival, is about a perfect couple (David co-stars with Demi Moore) with perfect teenagers with a perfect family life. But, because we are talking about movies, everything is not what it seems. Anyhoo, just look out for it you David Duchovny fans.

David Duchovny Underwear Update. American hunk David Duchovny sure loves to have funny underwear photos of himself. As if the one we uploaded earlier isn’t funny enough, here’s David posing for Playgirl magazine in his white briefs underwear.

Is he trying to use his feet as a phone or something? Or is he just proving to us how bendy he can be? Either way, we find it funny and do appreciate these photos.

Want a photo of our David in red Speedo swimsuit?

Update: David Duchovny Crossdresser, He Wears Women’s Clothes!. Once upon a time the hunky actor that is David Duchovny used to dress up as a woman. See these photos, huh? That’s our cross-dressing David. Naturally, this earns him a slot in our list of men wearing women’s clothes, no? 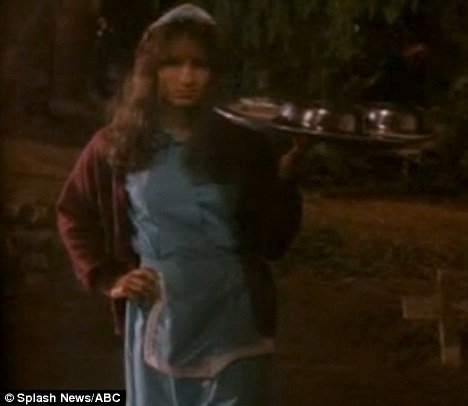 Ain’t he pretty? Okay, okay, David is actually playing a character on TV (for a show called Twin Peaks) so he’s not a crossdresser in real life. But then again, who knows what he does behind closed doors. Hehehe. Joke. 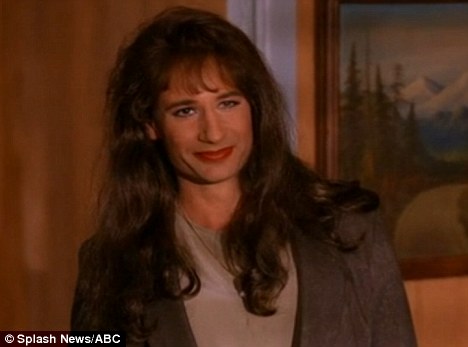 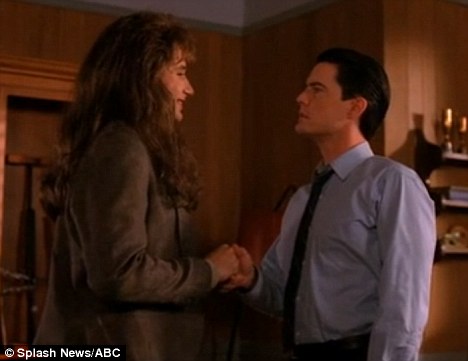