David Charvet Gay, Shirtless, Speedo Photos: Matt Brody on Baywatch. How is David Charvet, the Speedo-wearing French hunk of Baywatch, doing now? If he were to model underwear these days, do you think he can out-hunk the younger, boxer shorts underwear model of the early 1990s? 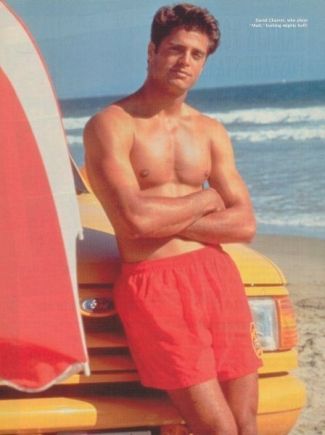 David Charvet Shirtless and Underwear Modeling Photos. Check out David Charvet modeling in his boxers underwear back in the good old 1990s. Yummm…..mmmyyy! 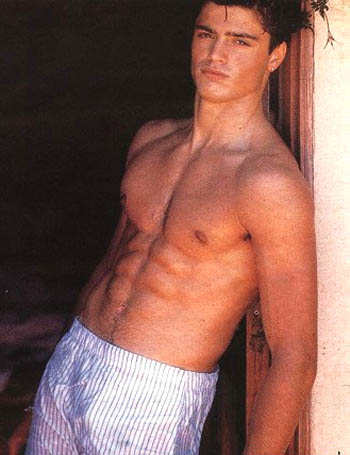 Apparently, he’s really into white boxer shorts rather than briefs because we see him wearing another pair when he’s older. 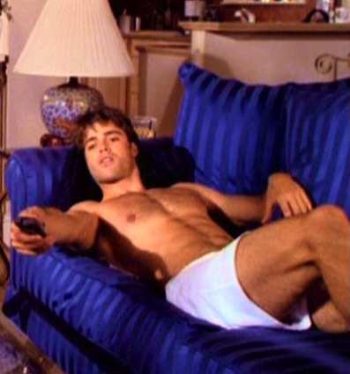 David Charvet Gay or Straight? He is straight. He is also very much married to Dancing With the Stars’ Brooke Burke-Charvet. Years after his Baywatch gig, you can say that David is still every inch a hunk. Sure he’s a little older, but he appears to have managed to maintain his studly looks. What’s your secret, Mr. Charvet? 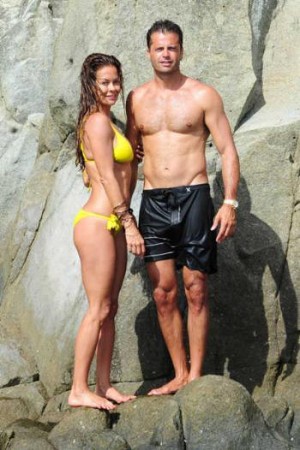 Seriously, there’s only a very few forty-year-old men who have abs like that. He must have been working out. Good for him. Another “now” or recent photo of the ex-Baywatch star looking gorgeous. Apparently, he’s into beach volleyball. 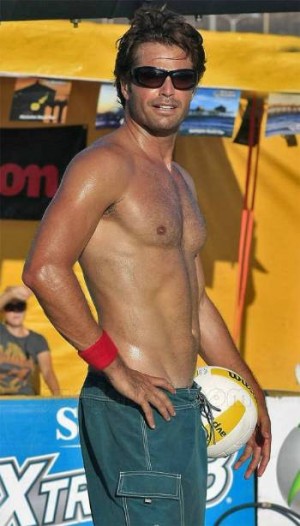 By the way, David is now a father of two (four if you count Brooke’s girls from an earlier relationship). Here’s David walking in Hollywood with son Shaya. 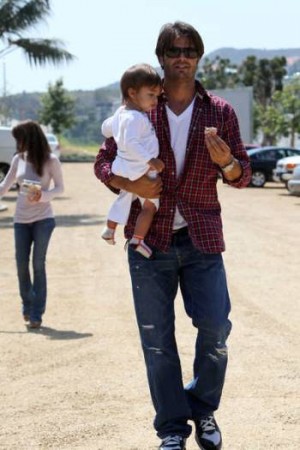 By this time, we know some of you are thinking, “Okay, now that we’ve seen how David Charvet is doing now (that is, that he’s a hot married daddy), can we now check out what he was like back then particularly his days as a Baywatch lifeguard?”

David Charvet Speedo Baywatch. You’re wish is our command, so we are bringing you these photos (courtesy of Casperfan) of David as Matt Brody, his Baywatch character. 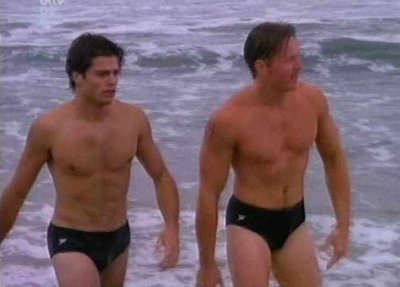 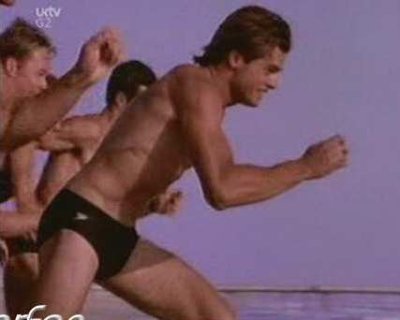 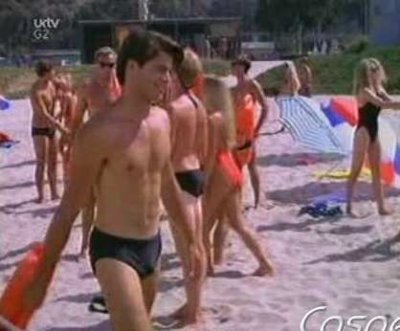 So there you have it — a young David as a lifeguard wearing skimpy black Speedo swimtrunks. If the lifeguards these days go back to wearing this kind of swimwear, our friend Kevin who loves him his men in Speedos will spend all his summer days at the beach. Haha.