David Beckham Gay Proof? People in 2016 are, apparently, still wondering whether David Beckham is gay or not. Of course, the majority of us we here at Famewatcher (yours truly, Kevin, and Suzie ) know that The Becks is straight. After all, he is very much married to Victoria Beckham! If his marriage to Posh Spice won’t convince anyone that the football icon is straight, then nothing will.

Anyhoo, in contrast to the Famewatcher majority, Grandma Akita and Deena are of the view that Becks is a friend of Dorothy. We challenge them to come up with any proof to back their view. They sent us these images.

What do you think of Akita and Deena’s David Beckham gay proof? Are they on to something? Or should they focus their creative energies to something more productive. You know, something that benefits the world.

But let’s check out what they sent us, shall we.

David Beckham is gay because:

He Likes to Kiss Boys. And he’s shameless about it too because he’s gay-kissin’ in very public places. 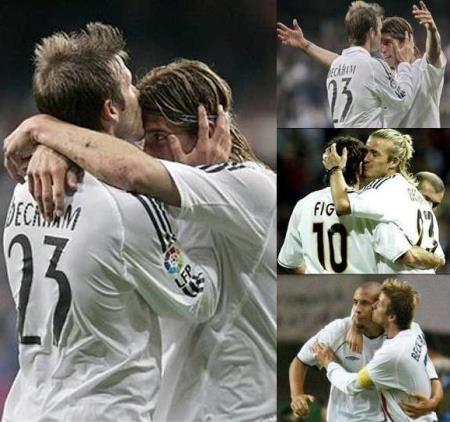 He Likes to Play With Balls. And he does not discriminate because he likes all kinds of balls be they small, tiny, big, large, curvy, circular, fuzzy, or smooth. 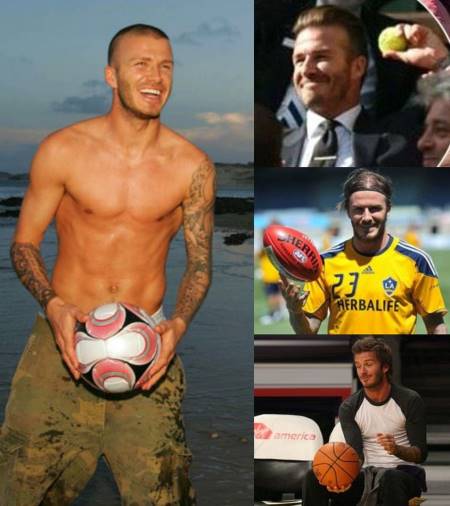 He Loves to Suck his thumb and other things. Didn’t Freud say that if you are thumb-sucking is a substitute for something-else? 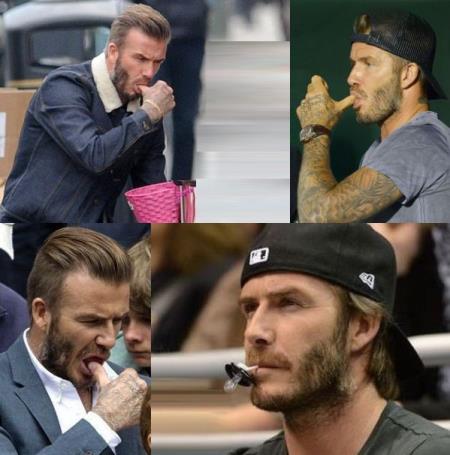 He Likes to Wear V-Neck Shirts. According to the learned opinion of the Malaysian Education Ministry, wearing V-Necks and tight-fitting shirts is 100% proof that a man is gay. 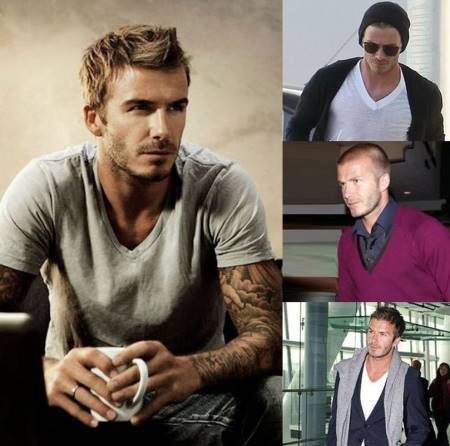 He “Underwear Plays” With Other Guys. A straight guy will never, ever, ever do what Beckham is doing in these images below. Does your husband prance and dance around in his underwear with other men? No, because he is straight! Beckham, on the other hand, is obviously something else. 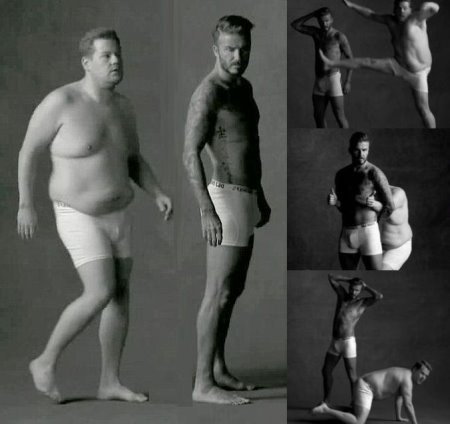 That’s it for now, fellow Famewatchers. We will post the second installment of Akita and Deena’s David Beckham Gay Proof in the coming days. Watch out for it in this category: Is He Gay?