David Beckham Bald: Hair Loss and Hair Treatment? Over a decade later, David Beckham’s hair continues to be an important topic of conversation among busybodies like tabloid reporters led by the Daily Mail and readers like our good friend Kevin who urged us to update this post by forwarding the following photos. According to him, these images are proof that the football icon is going bald. 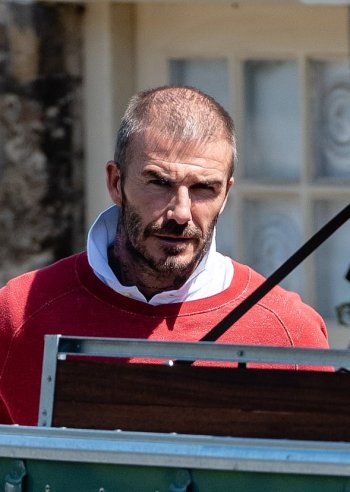 We were like, “Really, Kevin? Looks like that’s just the effect of the sunlight on his head. Any guy with short hair like that will look like they’re balding even if they are not.” 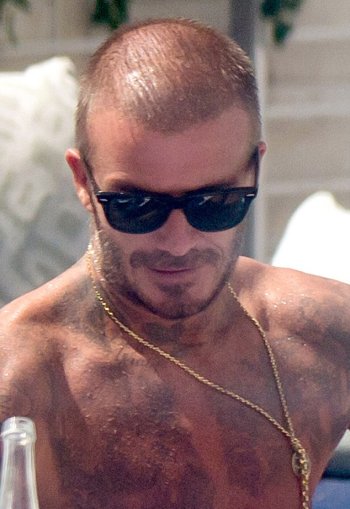 We, of course, have no qualifications when it comes to judging the “transplantedness” of people’s hair so we went a-googling to see what hair experts are saying and we found this quote by Dr Asim Shahmalak, from Crown Clinic in Manchester, via the Daily Mail: “If you look at the pictures of David Beckham today he is showing fairly advanced signs of male pattern baldness in his mid scalp and towards the crown and the back of his head. However, if you look at the front of his hairline, there is greater density there. This could be a trick of the light or it could be the signs that David Beckham has had a hair transplant because the darker appearance of his hair at the front is where the transplanted hair would have been planted.”

See, Kevin, we could be correct! To quote Dr. Asi, “It could be the trick of the light!” However, the good doctor also states that Beckham may have had a hair transplant so who really knows what’s happening with the footballer’s hair other than the man himself.

Anyhoo, you know who is indubitably losing his hair? It’s Beckham’s pal, His Royal Highness Prince William aka The Future King of the United Kingdom. Why he hasn’t undergone hair surgery to cover his obvious hair loss is kinda baffling to us. But then again, maybe he prefers the natural look, no? 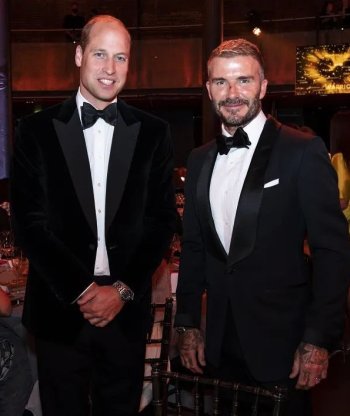 Anyhoo, here are more recent photos of Beckham looking gorgeous with a full head of hair. Want more of the football superstar? Go follow him on Instagram @davidbeckham. 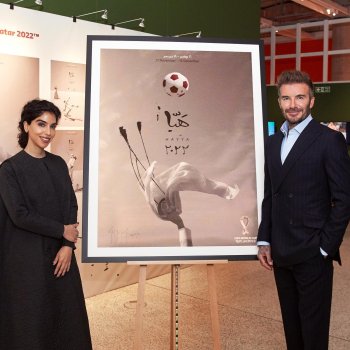 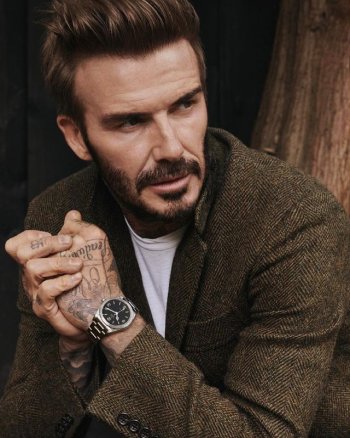 …..
David Beckham Bald: Hair Loss and Hair Transplant (10 February 2010). Hah! Who’d have thunk that this post will generate some interesting comments from the HairWatchers among us? Here’s what some of you are saying about the topic:

Brad says: Has anyone ever noticed that a good looking man with nice locks if hair that after they get hitched to a woman they seem to loose their hair. I am noticing this more often look at Brook Shields and Andre A the tennis player. I wouldnt trust my hair goods or towels that I dry my hair with after seeing this all the time. And it makes me sick to think that they dont think we love are hair too its sad,

Anonymous says: Many problems like eczema, seborrhea, psoriasis and infections lead to patches of hair loss with a red and crusty scalp. 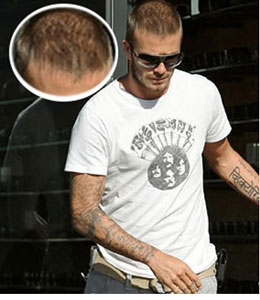 Why, you ask? Because jealous guys who can’t believe that Beckham has everything (big package, hot wife, and oodles and oodles of money) will more likely hate him less because, with a balding head, he might turn out to be human after all. 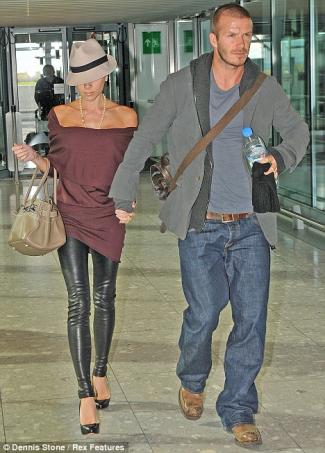 Anyhoo, if he does go bald, our Becks will still be in good company. Check out our posts on Bald Guys Are Hot to see Beckham’s prospective “colleagues” should he go bald.