David Arquette Underwear + Young & Old Photos. How can we Famewatchers not love David Arquette? He’s cute, he’s fun-loving, he’s a champion wrestler, he gave a lap dance to one of our favorite American Idol alumni (Adam Lambert), and he invites non-celebrities to dinner. 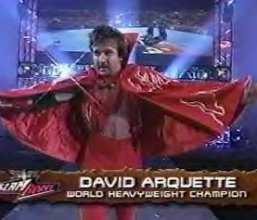 What’s that about him having dinner with non-celebs? Well, let’s have the Business Standard tell us what happened: “Actor-director David Arquette showed his generous side after he invited a cab driver to join him and his cousin for dinner. The 41-year-old hailed a taxi to take him to a restaurant for a meal with his cousin. After he got off Arquette invited the cabbie to join them for dinner instead of standing outside the restaurant and waiting for them to finish, reported Hollywood Life.”

The report quoted the cab driver who had this to say about his experience: “When I dropped them off at the restaurant, I said I would wait for them to finish. But they insisted I come inside and join them instead of waiting outside.”

Wow! God bless you, David Arquette! And may your tribe increase.

Now, about David doing a lap dance for Adam Lambert. Well, check it out in the pic below. The incident reportedly happened during Adam’s recent birthday celebration. Of course our Adam, who’s another fun-loving kind of guy, was thrilled by what happened. 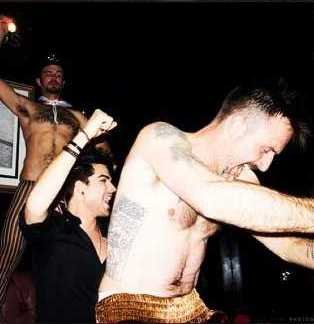 How hot was David when he was younger? He was very, very hot. Deena calls him “matinee idol hot” as you can see in the next photo below. 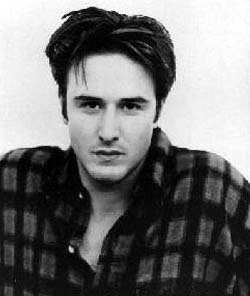 He was still pretty hot ten years ago when he starred in Never Been Kissed where the next pic is from. 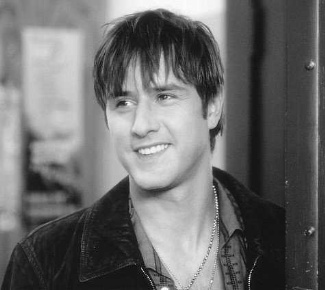 Sadly, the last few years have not been kind to our David because he kinda aged fast. Maybe it was his divorce. Maybe it was something else but the fun-loving guy we knew deteriorated a bit to the point where he’s taking pictures of himself in his underwear. Kinda still fun but also kinda sad, no? Sad because this is the kind of thing we expect D-List reality stars to do but not something you’d expect from someone who started his career with so much promise. 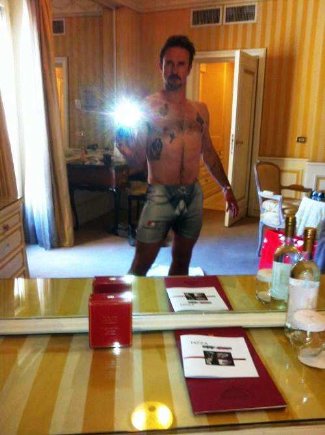 How promising was David’s career when he was younger? People expected him to be the Next Big Thing.

Here’s what IMDB reviewer monsterflick says about David’s acting in Johns, a movie about the life of male hustlers: “The film is rough and gritty, yes, but also a little corny and cliched. The best reason to see it is for the acting. Lukas Haas is great, as usual. But David Arquette is downright brilliant. When I first saw this film, I felt like I was watching a young Marlon Brando.”

The reviewer adds: “I was convinced Arquette was going to be the Next Big Thing in Hollywood. Then he yucked it up in the wonderful Scream films, making a bigger splash as a comic charicature. And then came his 1-800 AT&T commercials, and all his talk show appearances in oversized zoot suits, and his marriage to Courtney Friends Cox. The poor guy may be Hollywood’s biggest untapped talent! Check out Johns if you want to see a side of David Arquette you’ve never seen. (I just hope his performance isn’t ruined by your memories of those phone commercials.)”

We agree with the above comment 100%. Here are some still photos from the movie. Want more men in boxer shorts? 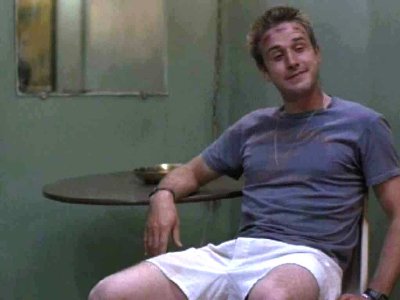 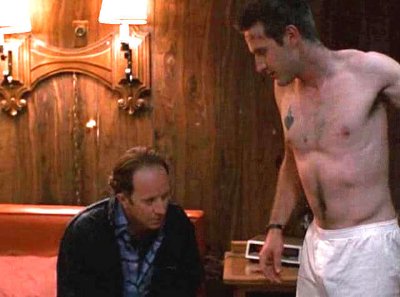 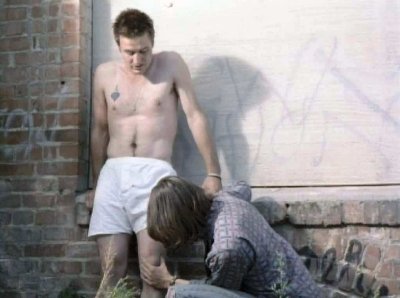 Now, David may not have become the Big Thing that people expected him to become but its good to know that he continues to make movies in Hollywood. One of said movies, which is slated for release this year, is the post-apocalyptic drama Orion.