Dave ‘Miffy’ Mifsud Shirtless and Underwear Photos: Is He Gay? A British reality star has made Kathy Griffin’s “the gays” angry because of some homophobic tweets he made a few years back. Famewatchers, meet David “Miffy” Mifsud of the E4 reality show Made in Chelsea. He’s got some nice washboard abs but our gay friend Kevin (aka Kathy Griffin’s #1 Superfan) is having none of him. Let’s just say that Kevin is beyond miffed at Mifsud.

And what is Miffy’s sin exactly? According to the Daily Mail he tweeted the following anti-gay messages a few months back:

‘It’s Adam and Eve, not Adam and Steve #gaymarriagef***off’.

Classy, huh? Our Miffy also reportedly re-tweeted a gay slur directed against X-Factor contestant Rylan Clark. Not unexpectedly, our friend Kevin is not the only one pissed with this guy. From the gay commentariat around the internets:

I really hope he is removed from the show or that his role is minimal for i don’t want him to profit from it and have his nightclub which he doesn’t deserve. Also, for all you saying that he is not being homophobic and hateful towards gays, he might just have an old fashioned attitude towards marriage, look at what he retweeted. ‘Queer’ is very offensive and hate language.

Gays being fabulous and fashionable, we’re not surprised that some of them are mocking Miffy’s sense of fashion (or lack of it). For instance:

Ironic really that he dresses like something out of a 90’s boyband video!

His nickname is not getting him some fans either:

Can he afford to be homophobic with a name like miffy?

Why are people not outraged… But his name?! Miffy? For goodness sake. He’s clearly very immature and idiotic. Some might say a little Miffy. Get him off the show! We don’t need people speaking like that in 2013, regardless of the fact that the live like they are in Downton Abbey.

Anyhoo, here’s a question we’d like to ask: Is it okay to not be a fan of Miffy Mifsud but be a fan of his washboard abs? Hehe. He may be a douchebag and all but you gotta give him credit for all the abs crunches he must have done to get ’em six pack. 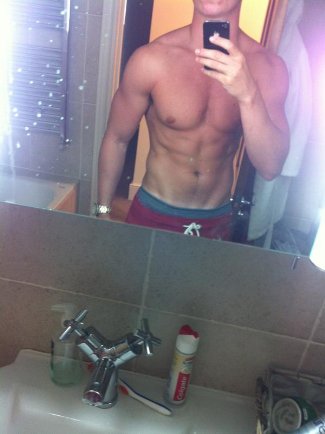 These photos are so ghey! Just sayin’. 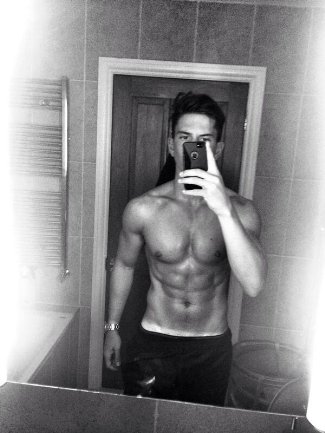 By the way, Kathy Griffin fans, you know what your diva says about washboard abs, right? She said something like real straight dudes can’t be bothered about having washboard abs. Could this mean that our Miffy is closeted in Chelsea? We won’t be surprised! After all, our friend Kevin was also homophobic before he saw the light, embraced his gayness, and came out of the closet. Oh, both him and his boyfriend have washboard abs that rival Miffy’s. Hehe. 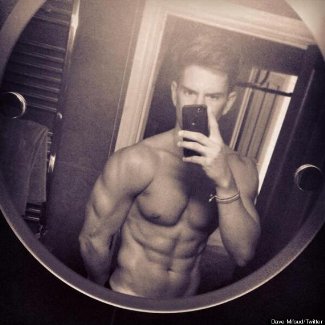 Second question: Does he kinda remind you of Michael Lukas, the Russian “adult movie actor”? Must be the lips, no? 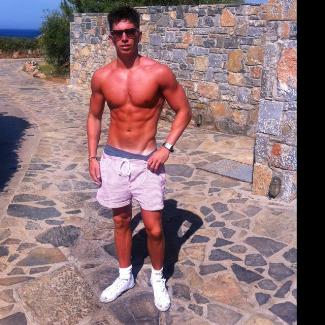 UPDATE: We forgot to mention that Miffy actually deleted his controversial tweets. Maybe it means that he, at least, regrets posting them?

Meanwhile, a Made in Chelsea spokesperson had this to say about the matter (via Daily Mail): “Made in Chelsea does not condone homophobic behaviour of any kind. We have spoken to Miffy about his personal Twitter account and appropriate action has been taken.”