Danny Pudi Shirtless Photos, Wife, and Children. As mentioned in our previous post, we are love, love, loving Danny Pudi and Don Glover in the TV show Community which we are binging at the moment. We are currently on the 5th season of the show and we are kinda slowing our pace down because we do not want the show to end.

We know this is kind of silly because the show ended years ago but that’s what living alone while quarantining does to your mindset. Haha. Anyhoo, here are shirtless photos of our Dani which we screencapped from the movie Larry Gaye where he plays a flight attendant. 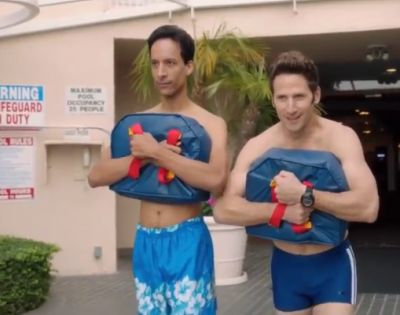 For those of you wondering, the other guy is Mark Feuerstein who plays the title character in the movie, Larry Gaye. 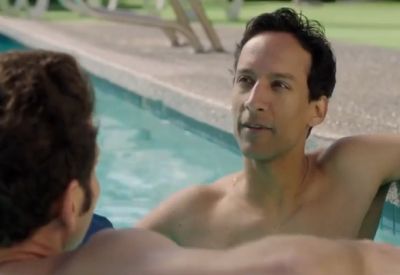 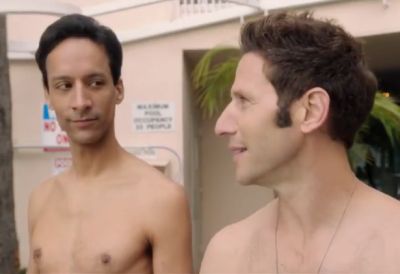 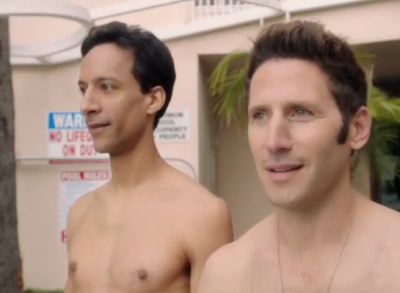 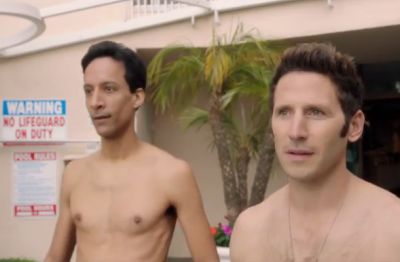 The two met in the U.S. and gave birth to Danny in Chicago where he grew up along with a brother, Adam, and a sister, Katherine.

Danny went on to raise a family of his own with wife Bridget Showalter. The two tied the knot back in 2004 and are blessed with two children, twins James Timothy and Fiona Leigh. 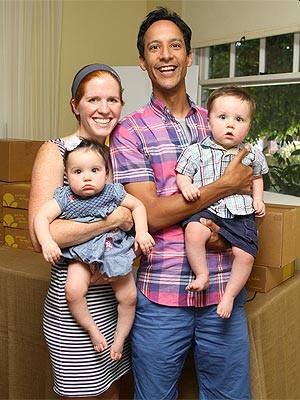 Danny and Bridget at an event for the comedy show The Mythic Quest which streams on Apple TV+. 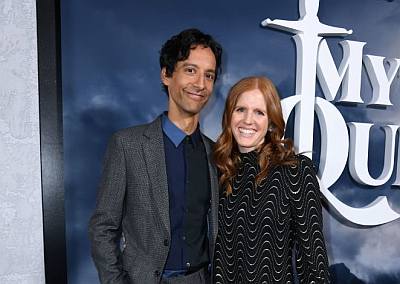 That’s it for now. We’re off to continue binging Community on Netflix where Troy Barnes said goodbye to his friends to sail around the world on the Childish Tycoon. We wonder where he will end up.