Danny O’Donoghue Underwear, Shirtless, Gay or Girlfriend? Is Danny O’Donoghue’s underwear preference boxers or briefs? Is Danny married or does he have a girlfriend? Why is he always wearing leather jackets and what brand/label of leather jacket does he like? Many of you are asking these questions about Danny which is not surprising considering the fact that he was moderately famous a few years back but is now REALLY VERY FAMOUS.

For the uninitiated Famewatchers, Danny O’Donoghue is a 31-year-old singer/songwriter from Dublin, Ireland. He is the lead singer of a band named The Script but he’s been singing since the 1990s. As mentioned, he is now very famous in the UK and Ireland thanks to his gig as a judge of The Voice on BBC.

Danny O’Donoghue Underwear. Now, on the question whether he prefers boxers or briefs, we guess it’s safe to say that he is a boxers dude rather than a briefs guy. In a 2011 interview with music-news.com, he mentions that he records his music while wearing nothing but his boxer shorts.

Says Danny: “I’ve never done any recording naked! It’s always in boxer shorts because it gets so hot in the studio. I’m not superstitious, but once I’d recorded that way a couple of times I wanted to do it all the time.”

Unfortunately, we don’t have a photo of him in his boxers but we do have a video of a fully-clothed Danny jumping into a pair of Ellen boxers underwear. Want to see other celebs who wear Ellen’s undies? Check out Martin Sheen’s Underwear.

We assume the guys helping him get into his undies are his bandmates, Mark Sheehan and Glen Power. Right?

Danny O’Donoghue Shirtless Photos. Unfortunately again, our Danny is not like David Beckham who likes to strip for his fans. But we did came across this shirtless pic of him. 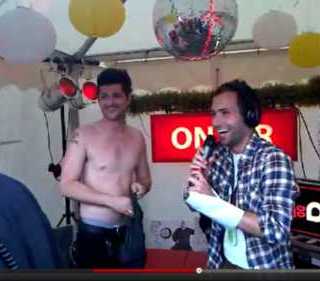 Better than nothing? But some superfan should contact Cosmopolitan Magazine and ask them to feature Danny in their “bare almost everything” Cosmo Everyman Cancer Awareness Campaign.

Danny O’Donoghue Wife or Girlfriend. Danny does not have a wife. He used to have a girlfriend but they broke up earlier this year. Check out his ex, Lithuanian model Irma Mali. Wowza! Do you think he made a mistake breaking up with her? 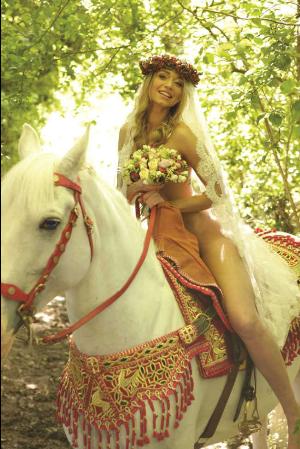 …..
Danny O’Donoghue Shirtless Update: Danny goes shirtless in the video below. His shirtlessness starts around the 1:00 mark.

Wait, there’s more. Here’s a shirtless pic of our Danny from back in the days when he was a member of a band called My Town. That’s him on the left with his hand touching his head. 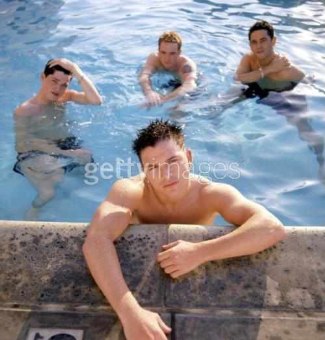 Who’s the hottie in front? If you know, do tell in the comments. Next up in our shirtless Danny O’Donoghue update. 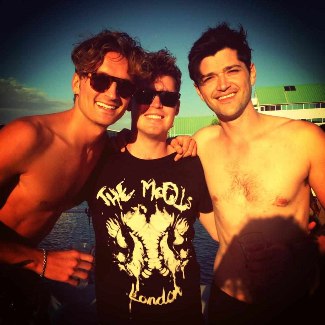 Finally, he goes almost shirtless in this still photo where two of his galpals wax his body hair. 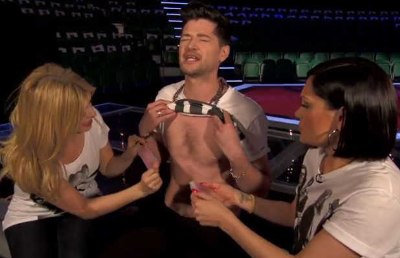 Danny O’Donoghue Gay? The internet consensus seems to be in the negative but we won’t be surprised if he’d go gay for BBC Radio’s Matt Edmondson in the same way that our favorite stripper-turned-actor Channing Tatum would go gay for George Clooney. Hehe. Cute couple? 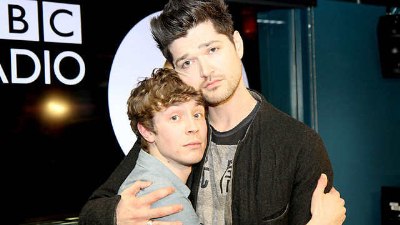 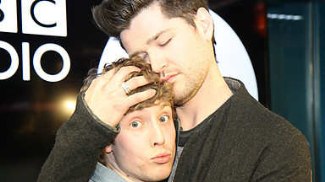 All together now fellow Famewatchers let’s sing, “Matt and Danny sitting on a tree!” How silly and juvenile are we? Hehe!