Danny Dyer Shirtless, Underwear, Wedding. Whoa, did you know that our imaginary British beau Danny Dyer finally got himself hitched to long-time girlfriend Joanne Mas? This is actually a very late update because the couple tied the knot nearly five years ago in September 2016.

You gotta give them props for their enduring relationship — they were high school sweethearts — specially because they are part of the entertainment biz where relationships are akin to a game of musical chairs.

Anyhoo, here’s a wedding photo of our lovebirds on the cover of Hello Magazine: 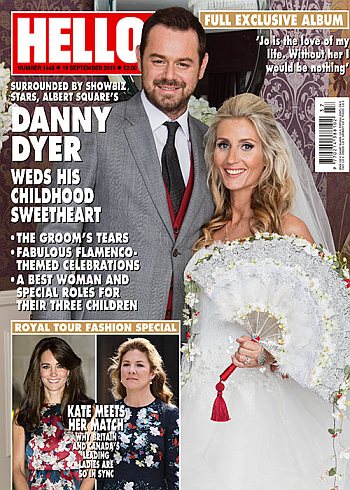 Danny is now a hot zaddy, ain’t he? He is rocking the zaddy look really, really well. And here’s a photo of him which make us go, “Hubba! Hubba!” 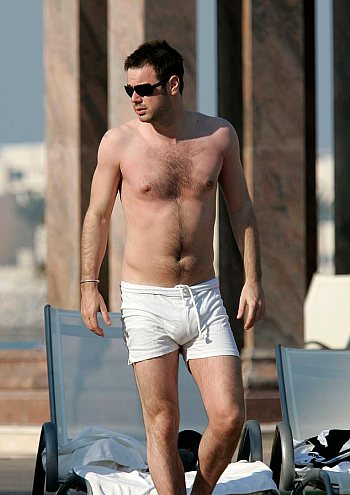 …..
Danny Dyer Shirtless Photos and Gay Roles (4 February 2013). Who is the guy in the photo below looking fabulous in his short shorts? His name is Danny Dyer. He is an English actor (TV, stage, and movies) and television host who started his career in the biz when he was just 14 years old.

This hot pic is from his 2005 movie, The Business, where he plays an English lad who joins a gang involved in organized crime. 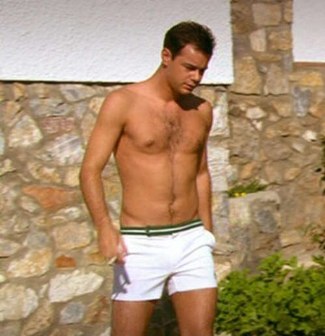 Danny, who’s now at the ripe age of 35 (hehe) has apparently starred/appeared in a total of 69 movies and television projects according to his IMDB profile. He sure has been busy, ain’t he? He appeared in his underwear in one of said movies. 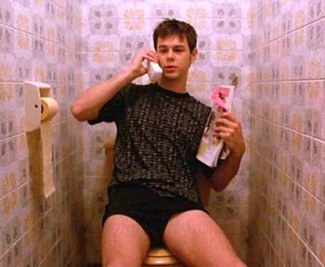 In particular, the pic above is from Danny’s very first film project, Human Traffic, a coming-of-age movie released in 2009.

Does Danny have a girlfriend? Yes he does. Her name is Joanne Mas. And they have been together since the age of 14. Wow. Color us impressed. That’s a puppy love that blossomed to real love. Danny and Joanne have two daughters, Dani (who was born in 1996) and Sunnie (who was born in 2007).

Ever heard of Ted Baker underwear? We ask because we are clueless about its existence before. We only came to know about it when we looked at this pic of Danny below where he is wearing a pair of white Ted Baker undies. It is apparently a British brand established in 1988 by a guy named Ted Baker. Nah, actually the founder of the apparel company is a guy named Ray Kelvin. Why did he not use his name for his brand? We don’t know. Maybe you can tell us? 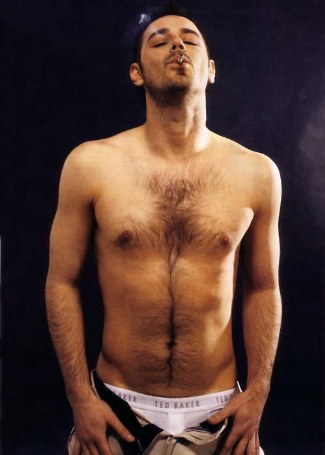 Not surprisingly, Danny also wears other brands of undies. Check him out giving us a peekabo look at his Calvin Klein undies. 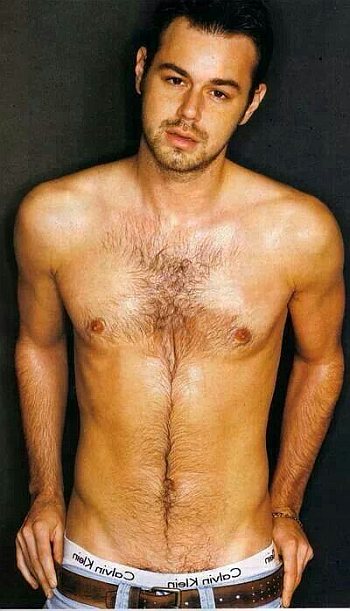 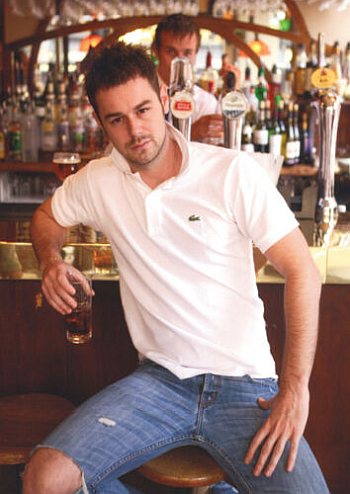 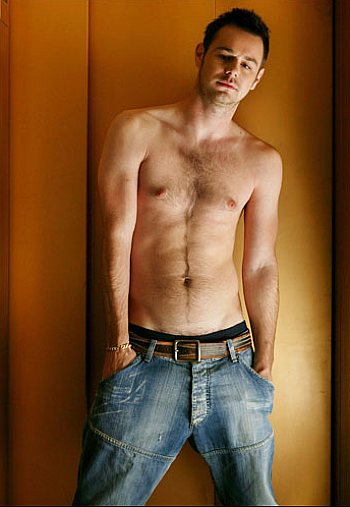 Stop teasing us and drop them jeans altogether, Danny! 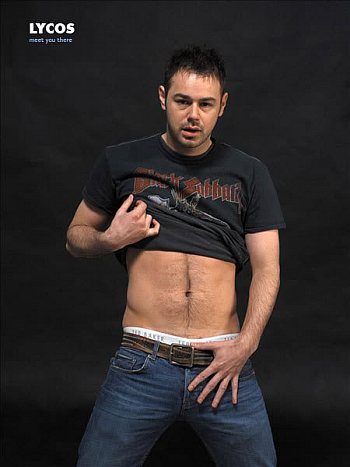 Did you know that our British cutie played an LGBT role when he was younger? Specifically, he starred in a 2000 film called Borstal Boy about two young men falling in love in prison. The film was not well received by critics but it deserves props for getting made at a time when producers would not dare to take the risk of making LGBT movies.

Anyhoo, here’s a poster for the movie: 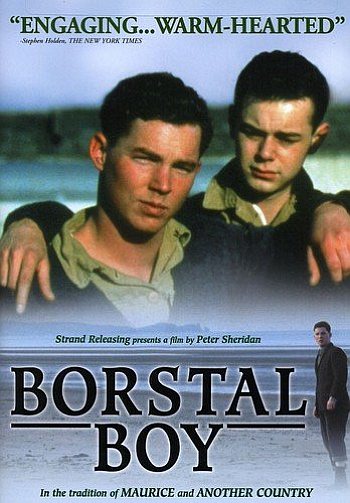