Daniil is Russian but, as it turns out, is not related to another top tennis player Andrei Medvedev who ranked as #4 back in the 1990s. Initially, when we learned that there’s an up-and-coming Russian tennis star named Medvedev, our first thought was that he is Andrei’s son but they, apparently, only have the same family name. 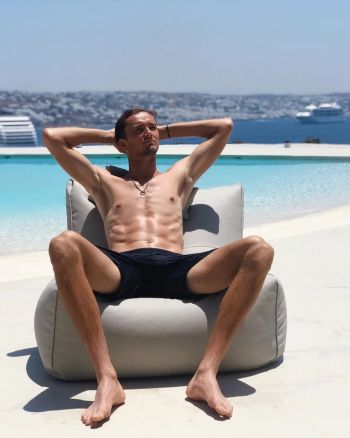 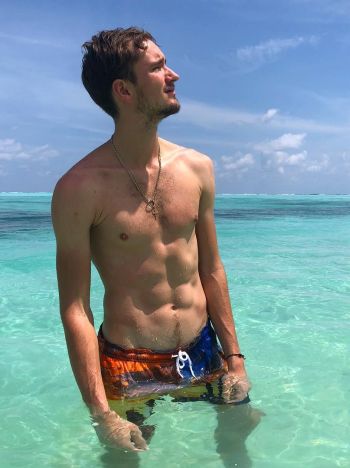 Did we say he’s got nice abs? He sure does! 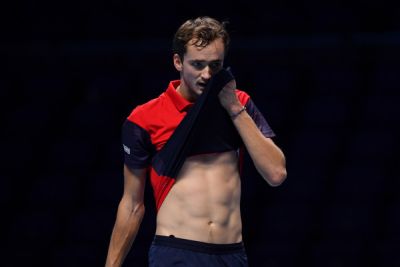 And what did we say about making sure to wear flesh-colored underwear when you are wearing white shorts? Obviously, our Russian hunk did not read our post on White Pants Underwear because he kinda fell “victim” to the Wimbledon white shorts curse. 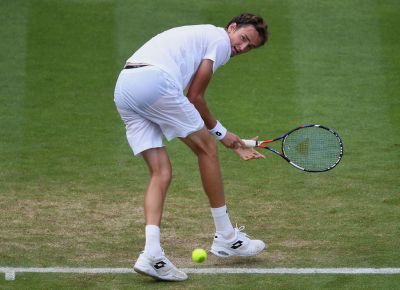 Daniil Medvedev Tennis Sponsors. From what we gathered, the tennis player — who’s currently ranked #5 in the world — has inked sponsorship deals with Lacoste, Nike, Tecnifibre, BMW, and Bovet 1822 watch. Here’s the young man chillin’ in his Lacoste shirt and Nike shoes. 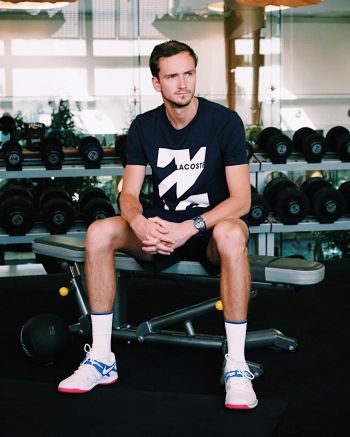 Daniil and his Bovet watch. We gotta admit that we only heard about Bovet 1822 when we saw the tennis player’s watch. According to wikipedia, the Swiss watch maker “produces high-end artistic watches priced between US$18,000 and $2.5 million”. Whoa, no wonder we haven’t heard of it. It’s a watch for rich people which yours truly are not. Haha. Heck, we can’t even afford Federer’s Rolex. 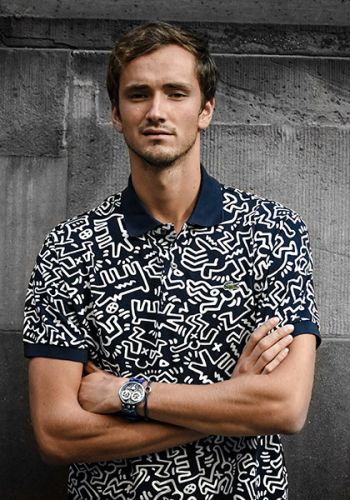 Daniil Medvedev Tennis Titles and Total Earnings To Date. The world #5 tennis player has, to date, banked a total of US$ 11,230,233 in prize money. Meantime, he has seven career titles the latest of which is the 2019 Shanghai Masters where he beat Alexander Zverev in the finals. He also made it to the 2019 US Open but lost to Rafael Nadal. 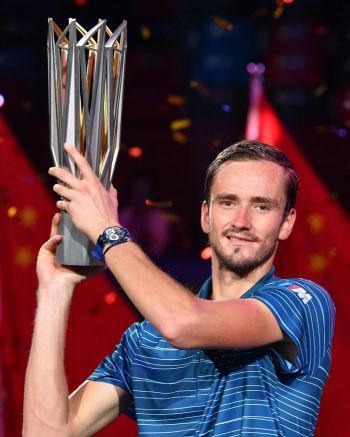 Daniil Medvedev Girlfriend? He does not have a girlfriend but he does have a wife. He tied the knot with Daria Medvedeva who played tennis til she was 18 years old and made it to the top 100 in the junior rankings. The two got married last 2018 and Daniil credits his wife for the improvement of his game. 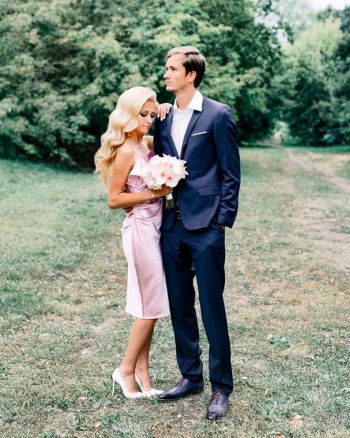