Daniel Radcliffe Underwear: He Wears Boxer Briefs. Here’s an update to our earlier update and, this time, its our Harry Potter star in his boxer briefs undies.

Can you tell the brand of his underoos? Looks like the Australian brand Bonds but we are not 100% certain.

By the way, did you know that an underwear preference survey among men revealed that a majority of them (around 60%, if we are not mistaken) wear boxer briefs? Around 40% wear boxer shorts while only 20% wear briefs. In other words in the war between boxers vs. briefs, the winner is their demon child aka boxer briefs. 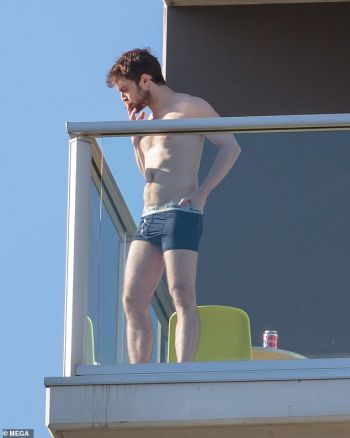 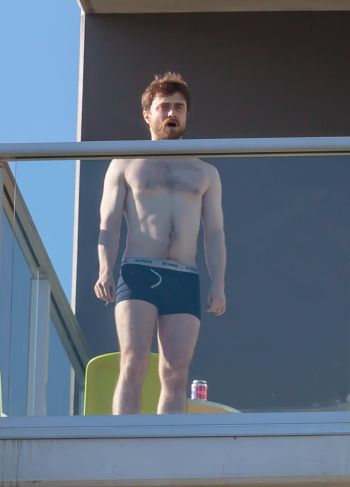 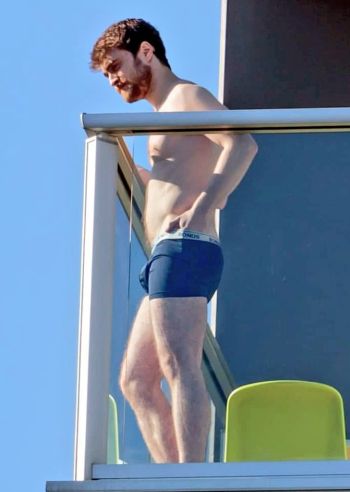 …..
Daniel Radcliffe Underwear Preference, Gay Rumors, and Padded Briefs. What kind of underwear does Daniel Radcliffe prefer to wear? Unlike in the case of other male celebrities where we have no choice but speculate about their choice or underwear, we need no such speculation when it comes to the Harry Potter star because he himself answered the questions. 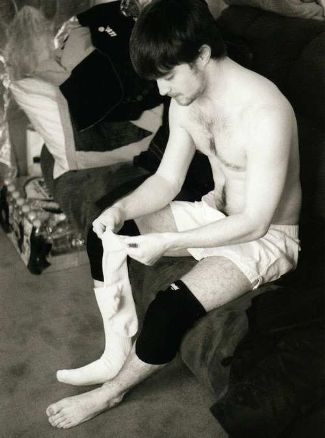 So does we like boxers or briefs? In this video he tells us that he likes both and that he really does not have to choose between the two.

Did you know that some silly girl (some would argue that she’s enterprising rather than sill) stole Daniel’s underwear when he was doing the stage play Equus? From writtenbyclive.blogspot.com which mentions celebritydays.com as its source:

One of Daniel’s female fans seemingly couldn’t get enough of the hunk and so during his final performance after he had removed his shorts, she rushed the stage and attempted to escape the theater with them. Luckily she was stopped before she got out and forced to return the underwear to their rightful owner.

Interestingly, the above source/s is the only website which mentions this incident so we are kind of doubtful if its true or not. Such a scandalous incident involving a celebrity as big as Radcliffe would have been reported by practically all major news organizations, don’t you think? So maybe this is an urban legend?

What is not an urban legend is the fact that Daniel apparently does not mind wearing a bra as he did in one of them Harry Potter movies. Here’s a pic: 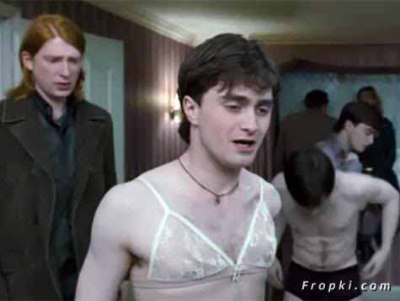 And here’s what he says about his cross-dressing experience. Via holymoly.com: “I was actually quite pleased, and this is only going to add fuel to the fires of the rumour that I’m gay. I don’t really care, I’m sort of passed the point of caring… I looked fantastic in Fleur’s outfit! I think I looked really good. It was these sort of skin tight trousers… with a clingy top and a nice little cropped blue jacket on top. Really nice… I was really pleased.”

Of course, Harry Potter and the Deathly Hallows didn’t only give us a pic of Daniel wearing a bra. It also gave us this: 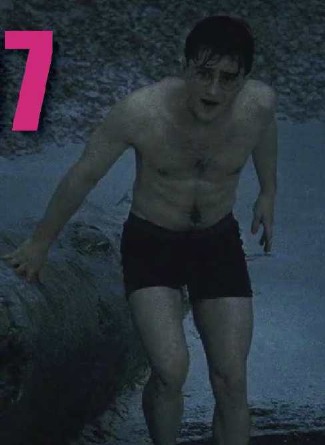