Daniel Osborne Underwear Photos. Our friend Kevin is looking forward to the second season of Splash!, the celebrity diving show on ITV. Why? Because his imaginary British boyfriend Dan Osborne (of The Only Way is Essex aka TOWIE) is set to appear as one of its celeb contestants. Of course, Kevin is also excited to see Olympian Tom Daly teaching people how to execute their dives. Here’s a shirtless pic of our hunky Dan during a recent practice session. 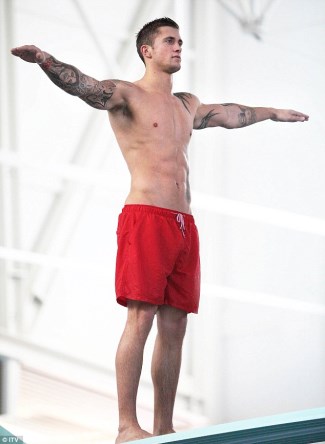 Splash will reportedly premiere on 04 January 2014 which means the shows contestants will be practicing during the Christmas and New Year holidays. [Want more Hot British Men?]

Speaking of Christmas, check out Dan looking oh-so-yummy in his Santa suit. Truly, we are not the only ones wishing that this guy will slither down our chimney this Christmas, no? [Note: We grabbed this pic from Dan’s Twitter account which you can follow at @DannyO.] 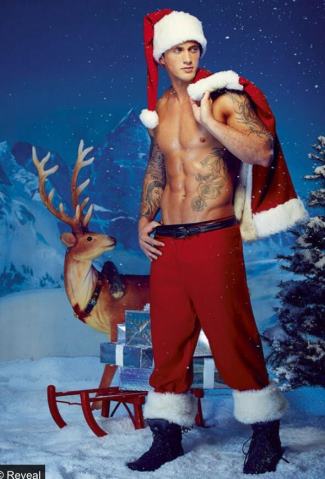 Aside from starring in TOWIE, Dan Osborne also does some modeling gigs. For instance, check him doing a runway show in his pink underwear in support of a charity organization for breast cancer. [Want more pink underwear for men?] 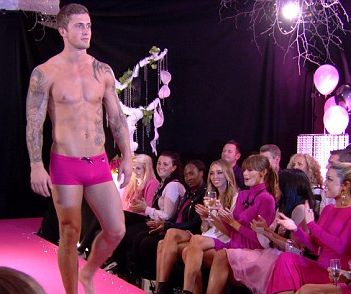 Aside from runway modeling, Dan also does some commercial modeling shoots such as these pics he did for banglads.com, an online underwear store.

Hey, Mr. Daniel Boy, what are you trying to say with that hand sign? That you are a-OK? That you are in it for the money? Or are you simply giving us an idea of how big “it” is? Just asking! Hehe. 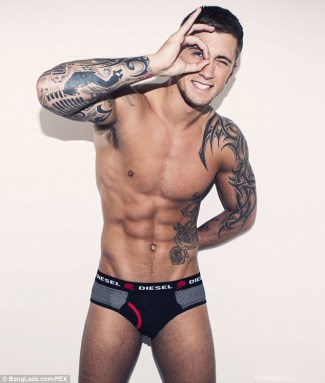 Dan in Pump boxer briefs. We never heard of this underwear brand before. Is it a British company?

Daniel in Rufskin briefs underwear. Now, this brand we are familiar with because it makes fabulous leather pants [see Rufskin Leather Pants]. 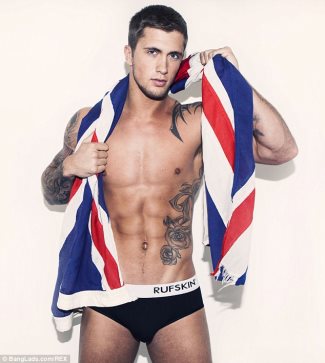 Dan wears a pair of skimpy briefs in this photoshoot with photographer Alberto Bruni [photo credit: http://albertobruni.wordpress.com]. We also never heard of the brand he’s wearing, Addicted, but its reportedly a Spanish underwear label.

Okay, that’s it for now. We look forward to seeing Dan in his Speedos in the coming year as he competes for the boasting rights as the winner of Splash! By the way, we almost forgot to mention that Dan has a 2014 calendar. 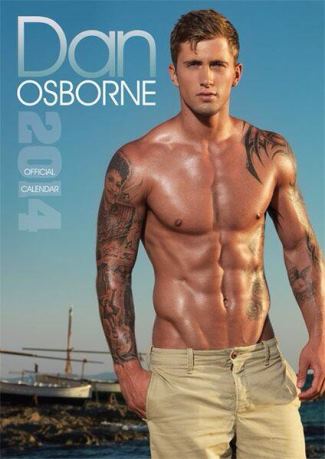 You should buy yourself a copy of the calendar if you want to stare at his sculpted washboard abs (and who would not?) in the coming year.