Daniel Ezra Girlfriend, Shirtless, All American Football Hunk. Aside from Michael Evans, another up-and-comer who’s getting his biggest break on the TV show All American is 26-year-old actor Daniel Ezra. The British transplant plays the lead role, Spencer James, on The CW series which is currently airing on the small screen and which has been renewed for a third season. 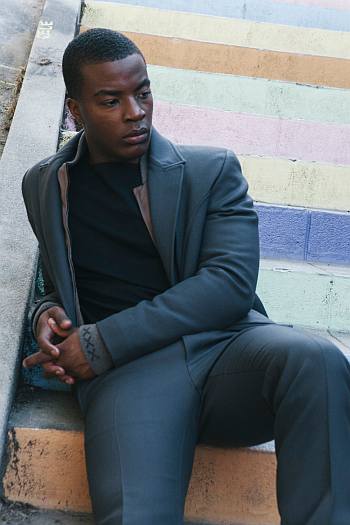 Although he is British, Daniel plays a believable South Central LA denizen. He tells us how he got the role in an interview with flaunt.com:

This is my first American role, my first lead role. I taped in London. My agent called me and just said, you know, there’s sort of an untitled high school pilot about American football. I didn’t really fancy my chances cause I never played it before, but luckily at the audition, they weren’t interested in football skills. It was more about the acting, so I taped in London and didn’t hear anything for two weeks, and then I got a late night call from my agent saying you need to be on a plane tomorrow morning and flew out and met the director and producers and Robbie and everyone. They told me the next day.

The rest, as the say, is history. Now, because we know that some of you fellow Famewatchers (we’re talking about you Deena) are thirsty hos, here are some shirtless photos of the British hunk screencapped from All American: 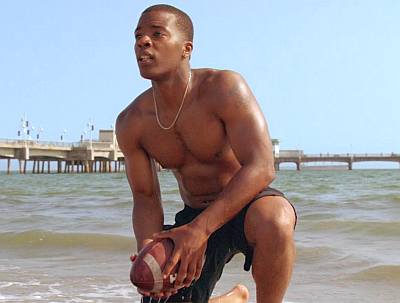 Does he really know how to play American football? He’s been coached on the moves and what not and he told Flaunt in his aforementioned interview above that camera angles also help in making him look like he’s a real deal football player. 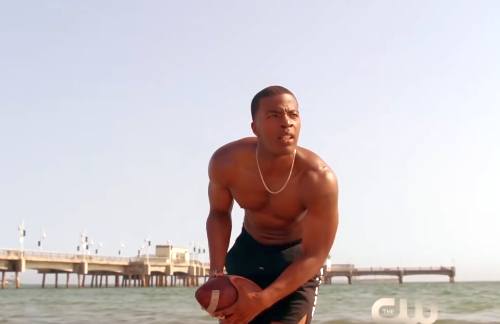 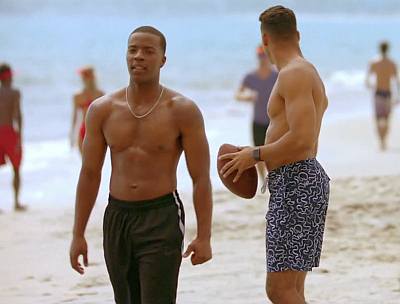 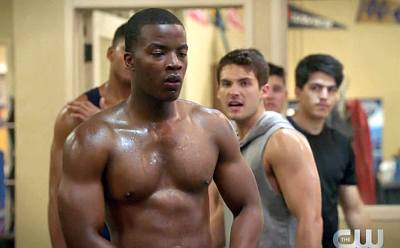 Daniel Ezra Girlfriend. Does our All American football star have a girlfriend? Is he dating anyone at the moment? On the show, Spencer James is dating fellow Beverly High student Layla Keating. In real life, we do not know whether Daniel has a girlfriend at the moment but we will update this post once we have the relevant info. 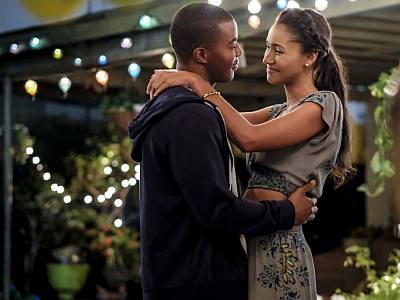 Daniel Ezra Gay or Straight? He is straight in real life. However, he kinda gets very intimate with a dude on the stage play Twelth Night. Here’s Daniel as Sebastian getting kissy-kissy with Adam Best who is playing Antonio. Shakespearean scholars are apparently debating whether the characters of Sebastian and Antonio are lovers because of their intimacy with each other but we ain’t gonna weigh in because we are clueless on the matter. But we do love this scene: