Daniel Craig Leather Jacket. Look who’s looking good in black leather and blue jeans. Well, it’s British actor Daniel Craig. Does this guy have a stylist in real life? We ask because, fashion wise, he is so well put together always. You know, he looks good every day of the week. [Want more mens leather jackets?] 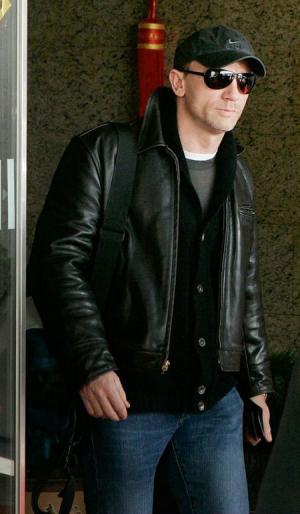 Sure he is the epitome of men’s style in James Bond (as well as in his other movies) but that is not surprising because there’s a team of people who make him look good. But he is a looker too in real life.

Question of the day: Who wears his baseball cap better: Daniel Craig in the pic above? Or James Franco in his NY Yankees baseball hat? 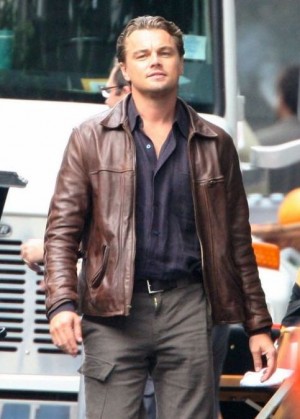 Another photo of Leo and his Aero Highwayman. 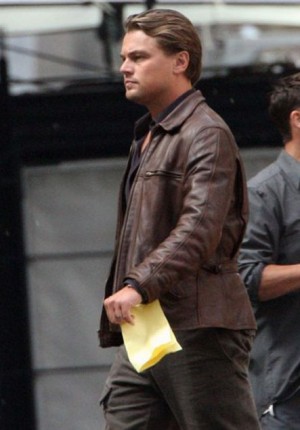 UPDATE: A reader named Mr. Smith wrote this in the comment section stating that Leo’s leather jacket does not look like an Aero Highwayman. Here’s what Mr. Smith says:

I am sure, Leo is not wearing a Highwayman, because a Highwayman has never this half belt. Just have a look at the Aeroleather-homepage… I would also say it is not even an Aeroleather-Jacket – i don´t know any AL-Jacket with the zipper integrated in the seam on the breast as shown … Maybe it is customized and a special model for the movie?

Another celebrity who was spotted wearing an Aero Highwayman leather jacket is House MD star Hugh Laurie. Here’s the British actor looking cool and badass in his leather outfit. 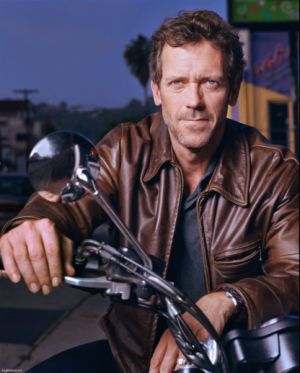 The above photo is a People Magazine promo shoot for Hugh’s TV hit show, House M.D. By the by, did you know that Hugh is reportedly going to release an album? The album is yet untitled but it’s been described as a “New Orleans-flavoured blues album”. Damn, the guy’s multi-talented. He’s already won several Emmys. Maybe he, like Kathy Griffin, is shooting for a Grammy? 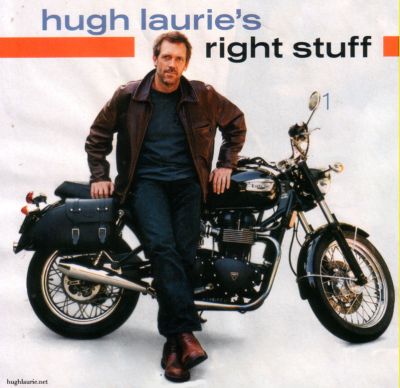