Daniel Conn Gods of Football, Underwear, Gay or Girlfriend, Cosmo Everyman. Hey look, it’s Australian rugby star Daniel Conn in tighty whities. More photos of hunky Daniel after the jump. Also, be sure you check out his stripping for a cause photos to promote public awareness for prostate and other male cancer. 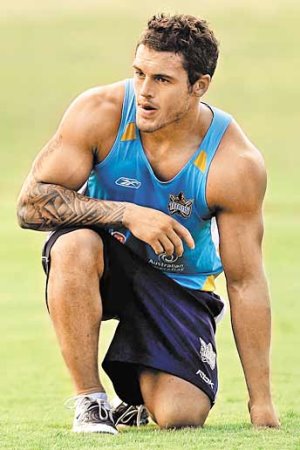 Tons of you loved our post on Danny Care’s naked photo to promote male cancer awareness so we decided to do another post on another rugby player who stripped for the same cause two years ago. Famewatchers, meet Australian rugby player Daniel Conn.

Thank you Daniel for helping spread public awareness for male cancer in such a hot, hot, hot manner. 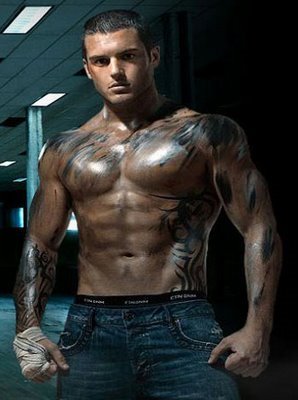 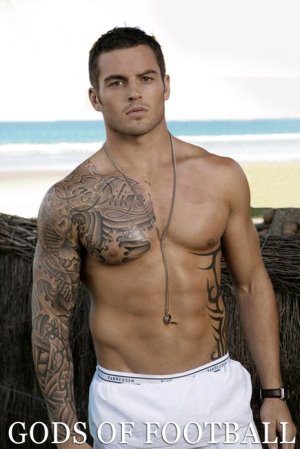 We here at Famewatcher love us our Daniel Conn. How can we not? This hunky Australian rugby player is, to us bloggers who love to blog about men in various states of undress, the gift that keeps on giving. We loved it when he bared himself to all of us in order to promote male cancer awareness, we loved it when he showed us his big rugby ball while dressed only in his tighty whity briefs. We love him even more for this picture of him wearing a pink Bjorn Borg underwear. Awesome. It’s as sexy as Simon Howard’s pink briefs.

Oh, did we say that he looks great in squarecut Speedos?

UPDATE (05 June 2011): This update is for googlers who are looking for the following:

Daniel Conn gay or does he have a girlfriend? He is straight. And according to a recent article in the Sydney Morning Herald. Daniel’s girlfriend is Ariane Munch. Here’s a picture of the couple. 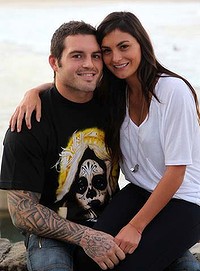 We should be jealous of Ariane for catching one of the hottest Australian hunks ever but we still gotta say, “Good for you girlfriend! Now take care of our internet/imaginary boyfriend, okay? Do not hurt him or else we are going to send cats your way to give you a mean catfight.”

Seriously, congratulations to Daniel and Ariane for finding each other.

Daniel Conn Tara Reid: When we first saw this, we went “How the heck is Daniel Conn associated with Tara Reid”? Turned out that this two made a commercial together for Dodo, a phone and internet provider. Here’s a pic of the two with our Daniel looking gorgeous as usual.