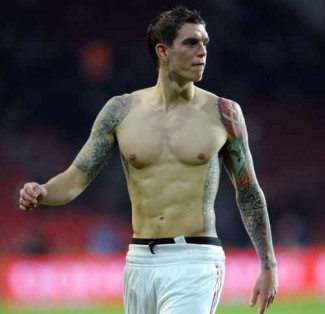 Does he have the most perfect upper body on a football athlete? Looks like it, huh? And his tattoos look pretty cool too unlike some celebrity tattoos which look horrendous on the people wearing them. 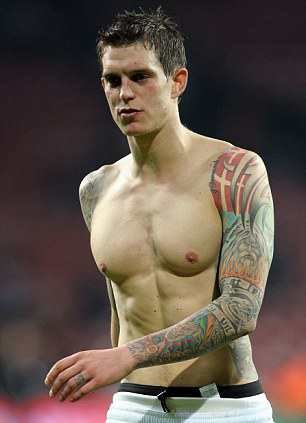 Well, it turns out that aside from being a talented ballkicker, Daniel is also a talented “qualified tattoo artist” according to British tabloid, Metro. Intrigued by the tattoos our Danish hunk has on his muscled body?

Here’s what wikipedia says about Daniel tattoos: “He himself has numerous tattoos including a Viking on his upper right arm, a large drawing of Vikings and a graveyard that spans his whole back, which includes his birth date and the Latin motto ‘Mors certa, hora incerta’ (‘death is certain, its hour is uncertain’), forming a memento mori. He also features an intricate band around his left elbow which includes the phrase ‘Succes er at leve som man selv vil’ (‘Success is to live as one wants’ in Danish).” 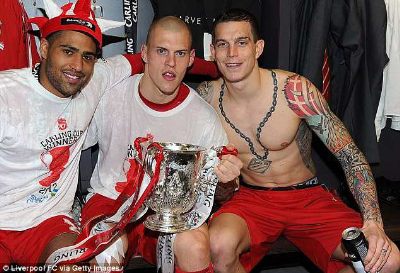 If you are wondering whether Daniel wears boxers or briefs, you’ve got the answer right here. Apparently, he likes him his tighty whitie underwear. Nice. 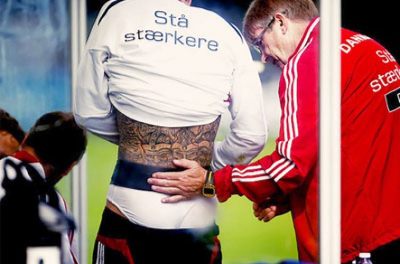 For those of you who are wondering, yes Daniel is in a relationship. Actually he has a wife, Sofie Nelson, and they married last May 2010 his hometown of Hvidovre, Denmark. Check out their wedding photos. Want more football wives and girlfriends? 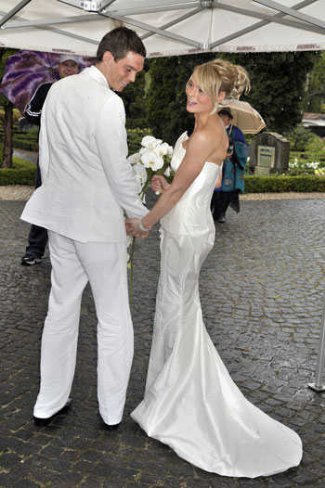 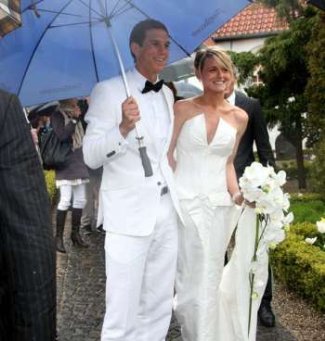