Dak Prescott Shirtless and Girlfriend Update. We’re updating this post to note that Dak is reportedly dating girlfriend Natalie Buffett. According to People Magazine, the two have been seeing each other since 2020. The mag adds that Natalie is a social media influencer with a degree in civil engineering from Southern Methodist University. Here’s a photo of the lovebirds attending the 2022 NFL Honors Award Ceremony. 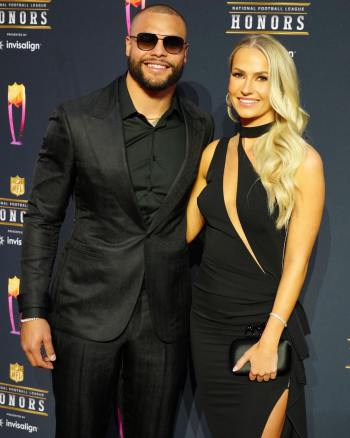 We should note that Dak was the highest paid footballer in 2021 according to Forbes Magazine. Apparently, he made $87 million that year outearning the usual top dog Tom Brady by U$14 million. Anyhoo, here are more shirtless photos of the hunky quarterback for the thirsty hos among us: 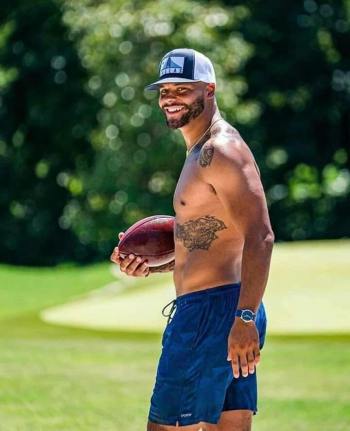 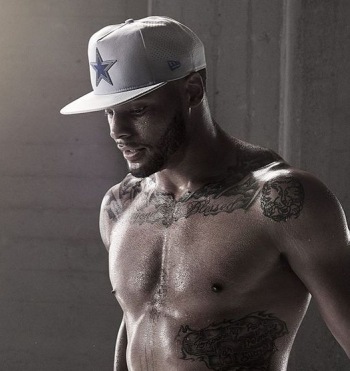 And here’s Dak looking cool in this photo from GQ Magazine which called him “America’s Quarterback” in 2017. Unfortunately, his NFL career has been bedeviled by injuries but we are keeping our fingers crossed that he’ll get healthy and continue playing healthy in the future. 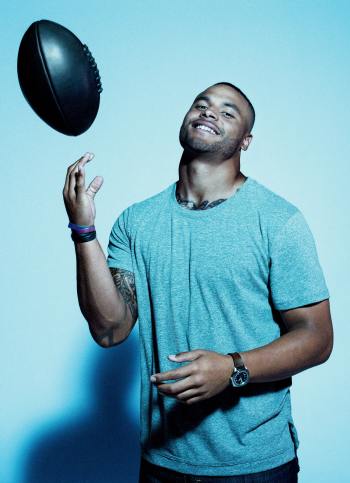 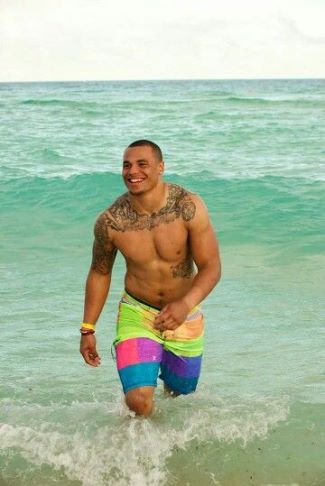 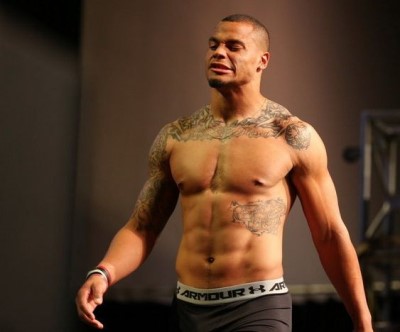 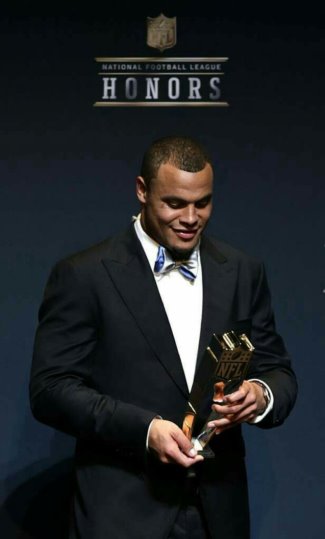 And here’s our Dak looking hawt in his Dallas Cowboys uniform. 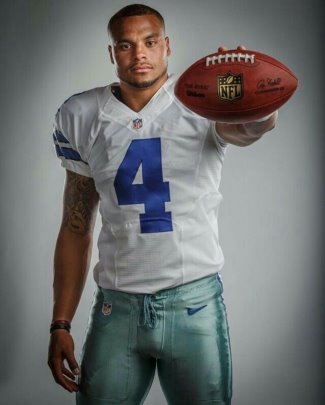 Dak Prescott Parents: Father and Mother. Dak is the youngest son of Nathaniel and Peggy Prescott. The couple divorced when Dak was young. Dak and his brothers Tad and Jace were raised by their mom. But they also remained close to their dad.

Here’s Dak with mom Peggy who succumbed to cancer in 2013. To honor his mom, whose birthday was the fourth of September, Dak chose number “4” for his NFL jersey. 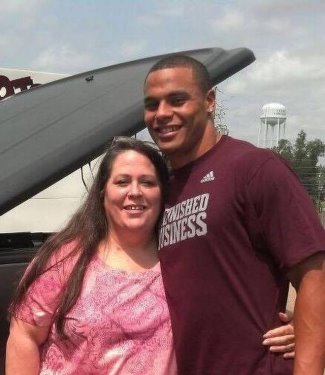 She was a football mom. She rarely missed one of her son’s practices or games. She often critiqued her sons’ play, earning her the nickname of John Madden from her boys. Peggy even timed Dak’s runs on his return trips home from college.

Entering his redshirt freshman year at Mississippi State, Dak learned his mother had been diagnosed with Stage 4 colon cancer. Peggy chose not to tell him right away so that she didn’t become a distraction. Prescott said she had known about the cancer for a month or two before she told him.

“It was just the woman she was,” Prescott said. “I think she was scared of how it was going to affect me. Obviously I wanted to go home and be with her, but her words were, ‘No, you’re not coming back here. You’re right where you want to be and that’s where I want you to be.’ That obviously allowed me to go out there and clear my mind and just play ball.”

On Nov. 3, the day after Prescott threw three interceptions and fumbled in a loss to South Carolina, Mississippi State coaches and some of their wives called Prescott into the football complex. Prescott’s father was on the phone. His mother had died.

More photos of Dak and his mom:

Meanwhile, here are photos of Dak and his dad Nathaniel Prescott back when the future NFL star was still in college: 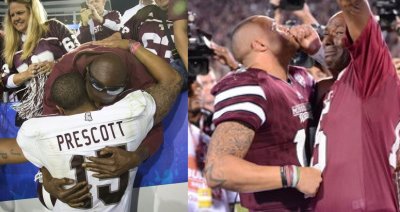 Nathaniel at his son’s college games:

Dak Prescott Girlfriend. What is our QB’s relationship status? Does he have a girlfriend? Is he dating anyone at the moment? Or is he single, looking, and still available?

Apparently, according to a Dallas News report, our Dak is currently single but is not necessarily looking? Why? Because he is focused on football. More from dallasnews.com:

“What is the women [status]?” Tiffany Clutts asked. “Do we have a girlfriend? Are we single? Are we looking for a girl?”

Prescott gave a nervous chuckle and a sheepish smile. “Yeah you women need a lot of time. And my time is focused on football right now – my first love.”

Good for you, Dak, for knowing your priorities. We’re hoping that you’ll go on and win a Super Bowl trophy some day. And, since we are all about shirtlessness here on Famewatcher, we’re hoping you’ll pose for more Dak Prescott shirtless pics in the future. Hehe.