Dainese Racing Suit for Men: Overalls for Racers (10 February 2010). These Dainese racing suit for men are not your typical working man’s overalls but they still fall under the male overalls category, right? We’re pretty sure Deena will agree. Although we’re also pretty sure she’ll also describe these guys in coveralls as “too much like superheroes”. Hehe. 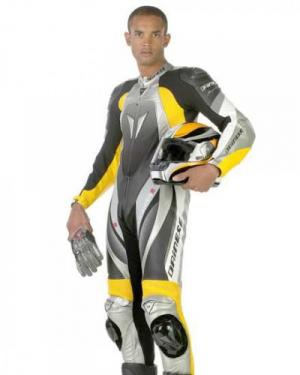 Check out this Dainese racing suit from another angle.

Hmmm. This Dainese racing suit model is totally shaggable, no? 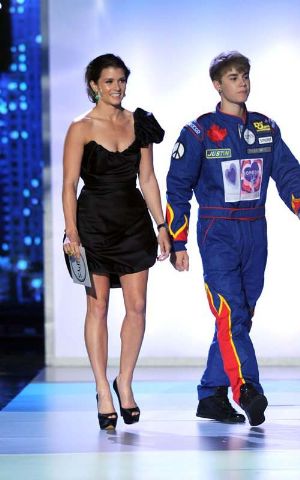 We gotta give Justin Bieber credit for knowing how to make the tweens interested in what he’s doing. Take for instance his decision to wear this race suit to the ESPY Awards, no doubt his millions of fans all over the world went gaga when they saw these photos. He’s kinda the male version of Lady Gaga, if you ask us. Sure, his fashion style is not too out there or too controversial as Lady Gaga’s but can you think of a male singer who’s outfits is the subject of too much discussion/debate among his fans? 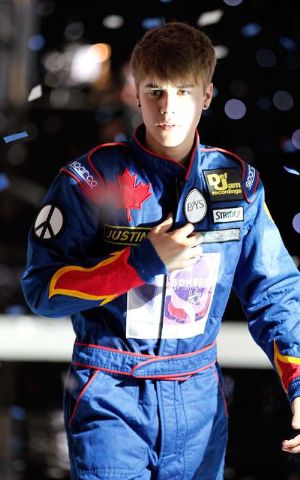 Justin’s race suit, by the way, is reportedly by Sparco.

Another young celebrity who was spotted wearing a race suit recently is the gorgeous gorgeous actor that is Zac Efron. This pic of the High School Musical star is from the set of his movie, Heartland, somewhere in Iowa. It’s a movie we look forward to watching when it opens in cinemas. [Related: Zac Efron Jeans Collection] 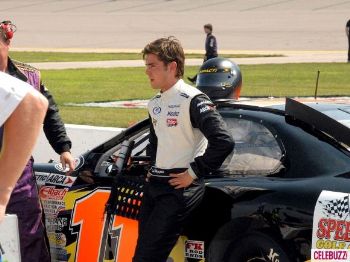 Want another celebrity wearing a race suit? Here’s Greys Anatomy star Patrick Dempsey. Unlike the two young celebs above who are wearing race suits for reasons of fashion (Bieber) or as a movie costume (Efron), Patrick is actually a true-blue, bonafide racer. In fact, we remember him saying in an interview that he has a racing team or something. [Want more Patrick Dempsey style? Go see his watch in our post on Male Celebrities With Audemars Piguet Watches.] 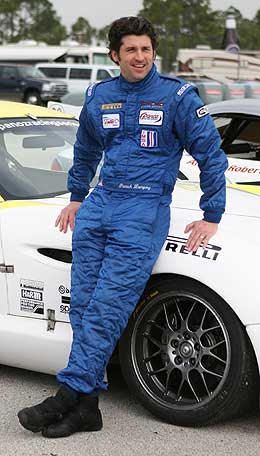 Here’s the hunky Stephen Moyer in a Toyota racing suit. Whether he’s wearing it for a movie/television scene or whether he’s like a bonafide racer like Dempsey is something we still have to discover. If you know, do tell us in the comments. 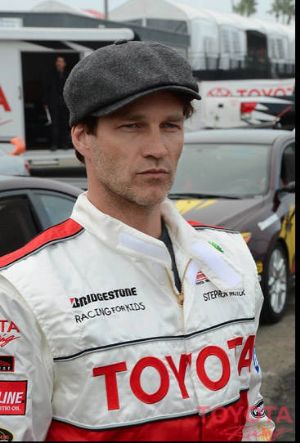 Lastly, here’s Steve McQueen and his race suit from the 1971 racing film, Le Mans. Steve and the movie definitely deserve some credit for expanding the fanbase of auto racing, no? 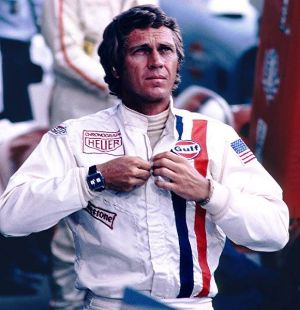