Adolf Hitler Watercolor Paintings. Whatever happened to Adolf’s paintings which, last time we wrote about it in 2009, was supposed to be auctioned off? Did someone buy it or were no one interested and they ended up in some trash can?

…..
Adolf Hitler Watercolor Paintings (26 March 2009, updated). Was Adolf Hitler an artist? Yes he was. He may not be as the guy who painted the Sistine Chapel but he’s an artist nonetheless. 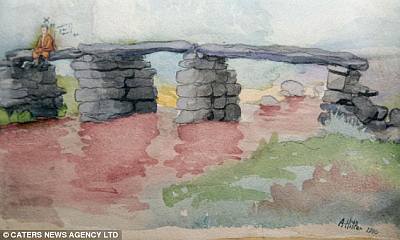