Aside from parkour hunk Pip Andersen, another newbie joining Star Wars Episode VII is Crystal Clarke. Unlike Pip who is really new in the movie biz, Crystal has some experience with movie-making and actually has an IMDB profile. 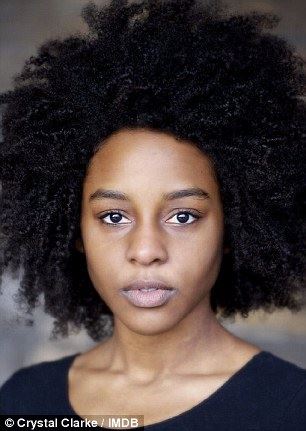 1. Star Wars Episode VII is Her Third Movie (fourth if you include a short film): Her other acting credits are a) The Moon and the Sun where she plays Magali and which stars Pierce Brosnan and William Hurt and b) Woman in Gold which stars Helen Mirren and Katie Holmes. The first movie is reportedly in post-production while the second one is currently filming. 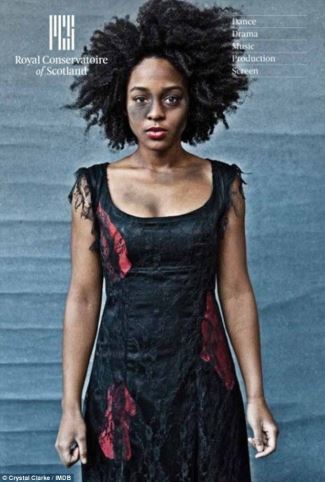 3. Both Crystal and Pip Won the Role Over 67,000 Hopefuls. According to Disney and Lucasfilm, a total of 67,000 people auditioned for the roles that eventually went to Crystal and Pip — 37,000 auditioned in the open casting while another 30,000 submitted their applications online.

4. What Role Will Crystal Play in the Movie? She will most likely play the role of Rachel which is described by the Chicago Tribune as follows:

A young female, 17-18 years old, “street smart, independent, athletic, natural beauty… all ethnicities, multi & bi-racial.” (The character is named “Rachel” and was “quite young when she lost her parents. With no other family, she was forced to make her way alone in a tough, dangerous town… Always a survivor, never a victim, she remains hopeful…”)

5. Crystal Clarke Boyfriend? Is she dating anyone? We don’t know at this point. But we will update this post when we find out the answer. Unlike Pip who is all over social media, Crystal seems like a private kind of gal so we have no word (yet) on her relationship status or whether she is dating anyone. If you know anything about, do share what you know in the comments. We don’t think she’ll mind coz she’s a public figure now :-)

6. What Did the Lucasfilm Powers-That-Be Say About Casting Crystal? Well, the released the following statement:

At the end of last year Lucasfilm and Disney invited all young aspiring actors to attend an open casting call for roles in J.J Abrams’ Star Wars Episode VII. The casting calls spanned 11 cities across the US and UK and over 37,000 hopefuls attended, with a further 30,000 submitting applications online.

Having hunted high and low for young and undiscovered talent, the filmmakers are delighted to announce that two actors from the open call call have been cast.

Crystal Clarke is an American actress studying in Glasgow, UK, who has both stage and screen acting experience and is soon to be seen in her first feature, The Moon and the Sun (to be released in 2015). British actor Pip Andersen is a skilled practitioner of parkour, a discipline that involves propelling oneself through any given environment with incredible grace and agility. Pip recently demonstrated this remarkable skill in a Spider-Man ad for Sony.

“The Star Wars universe has always been about discovering and nurturing young talent and in casting Episode VII we wanted to remain absolutely faithful to this tradition. We are delighted that so many travelled to see us at the open casting calls and that we have been able to make Crystal and Pip a part of the film,” said producer and Lucasfilm president Kathleen Kennedy.

7. Crystal Clarke’s Family Background. The only thing we know at this point is that she comes from the United States. We will update this when we learn more about her.

By the way, did you know that Crystal Clarke is not an uncommon name? There are several Crystal Clarkes out there such as the Canadian vegan athlete, the Atlanta lawyer, the Texas housewife, the Youtube star, as well as a photographer and jeweler. Don’t mistake them for Crystal Clarke: The Movie Actress.