Crying Cristiano Ronaldo. This post was published way back in March 2009 but we are updating it nearly eight years later. Why, you ask? Because these photos of Cristiano crying are just too “delicious” to ignore. 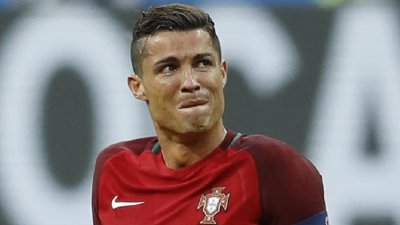 We must say that, over time, we have learned to love and be a fan of the Portuguese footballer. We are publishing these photos not to mock him but to say that we still love him even if he is crying. [Want more Football Hunks?] 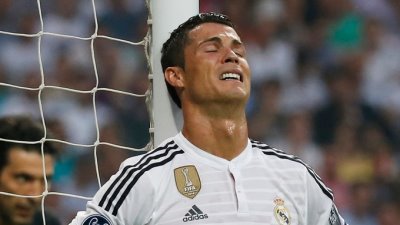 Seriously, don’t we all love men who cry because they care about what they are doing? 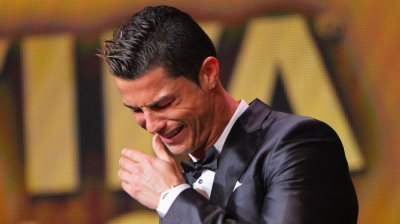 Please ignore all the “not positive” things we wrote about Cristiano in the past. Hehe. As we said, he converted us so we are now fans of the football superstar.

Our favorite crying Cristiano Ronaldo photo would be the next one below. What about you? 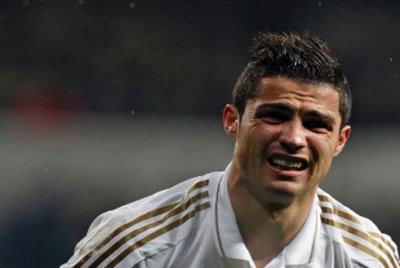 CRISTIANO RONALDO has signed up the fastest man on Earth to help boost his deadly pace. Olympic 100m champ Usain Bolt asked the Manchester United star for a signed shirt and Ron sent a message back saying he wanted a favour in return.

So footy-fan Bolt – who set a world record 9.69 seconds winning his Beijing gold last year – is planning a trip to Manchester for a training session with Ronaldo.

The Jamaican’s agent Ricky Simms said: “It’s definitely going to happen. “We’ll sort something out when Usain comes to Europe to compete this summer.”

Is that cool or what? To remind us of how fast Usain is, here’s his gold medal winning run in Beijing.

Cristiano Ronaldo throws a tantrum after he was taken off by Alex Ferguson to rest for more critical upcoming games. Boo, Ronaldo. Don’t be a millionaire douchebag.

Should we call on Gabi Endringer to go spank Ronaldo’s arrogant and disrespectful ass?

Hopefully, Ronaldo’s training with the Olympic champion will teach him to not be the crybaby he has revealed himself to be. But then again, as our friend Deena argues, there’s really no harm in a man crying. She cheekily insists that there will be less war and violence in this world if more men (particularly the world’s leaders) will let go of the tension within them by letting a few tears drop. What do you think? Do you agree with Deena? Maybe the evangelical “Christian” war-freak that is George W. Bush could have save thousands of lives if he just cried a little?