Cristiano Ronaldo Gay Boyfriend?. Our imaginary Portuguese beau is in the headlines once again because, instead of playing football, he reportedly spends a lot of time cuddling with MMA fighter Badr Hari.

Not surprisingly, media peepz are now “ID”ing Badr as the Cristiano Ronaldo gay boyfriend that we’ve all been wondering about. Here’s a photo of Cristiano with his Dutch-Moroccan BFF (boyfriend forever?). 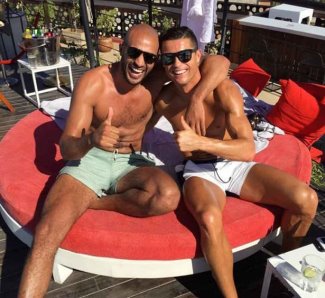 So is our Portuguese hunk really a friend of Dorothy? We already wrote a post about that (see Cristiano Ronaldo gay proof) but we are adding more to the list of evidence that he is 1000% gay. Hehe. Read on.

He Loves Ass-Grabbing whether as the recipient or as the grabber. Check out for instance this video where teammate Álvaro Arbeloa oh-so-lovingly gives his bum a squeeze

Some photos of bum-grabbing action involving Cristiano and his football pals (and Jose Mourinho): 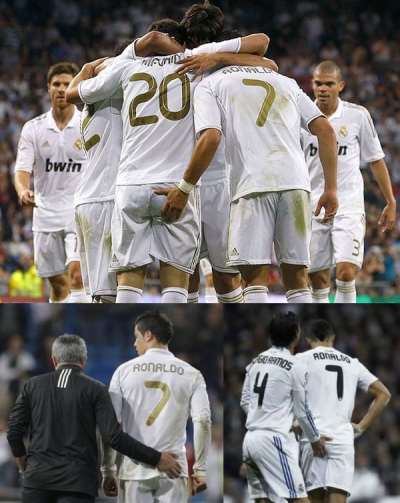 Birds of the Same Feather Flock Together. He went out on a dinner date with Lance Bass. Hehe.

He’s Got a Flower in His Hair and he looks good with it too. 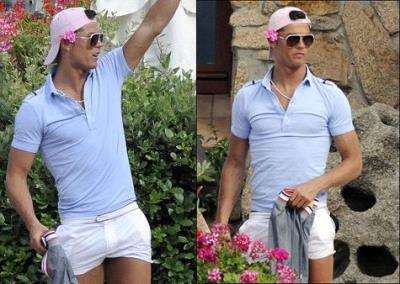 He Knows His Designer Man Purses. Only gay guys buy designer purses. Hubby won’t be caught dead holding a designer man purse (or any man purse for that matter) but our gay friend Kevin, like Ronaldo in these photos, love carrying his man purse around. 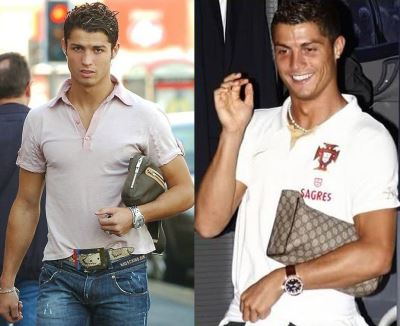 He Loves Him His Shorty Short Shorts. He must be the most enthusiastic wearer of shorty shorts in the history of men’s fashion, no? 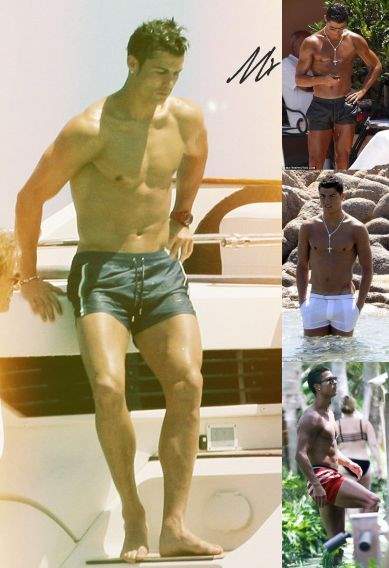 The Voice of the People is the Voice of Truth (or something like that). And the people have spoken (by voting at gayorstraight.com) and they have decided Cristiano Ronaldo to be highly gay. Here is their gaydar reading of Ronaldo:

He Ain’t No Stranger To Intimate Relations With Men. He’s an accomplished ballkicker on the pitch and, off the pitch, it looks like he also knows a thing or two about ball grabbing. See where his right hand is located in the biggest image below. If you ain’t convinced that this is a 100% Cristiano Ronaldo gay proof then you are a closed minded reader and there is no convincing you. Hehe. 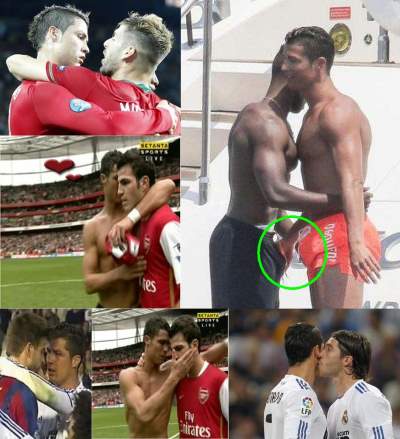 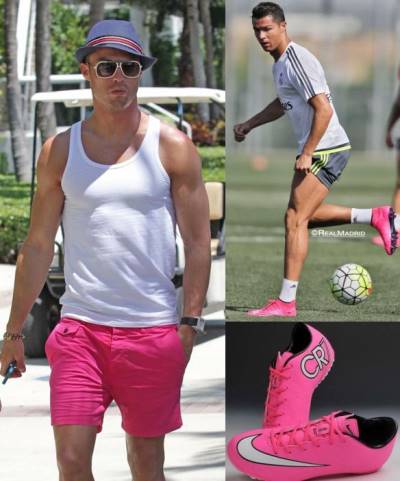 He is Playing Beautiful Music With MMA Fighter Badr Hari. The photos speak for themselves. If this is not proof that the two are lovebirds? We’re pretty sure these two are heading off to the honeymoon bed after, to use their own words, they got “married”. 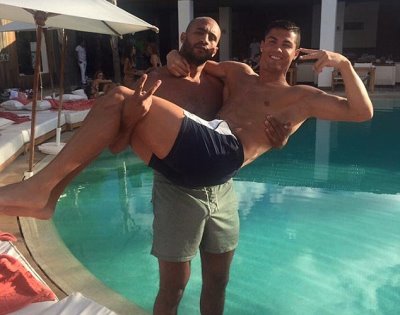 So what do you think of our Cristiano Ronaldo gay boyfriend? They sure look good together, no?