Coincidence? No, way! Our mind control powers influenced the Armani decision. Hehehe. Anyhoo, here’s what the papers are reporting about Cristiano becoming the next Armani underwear model.

Portuguese footballer Cristiano Ronaldo, of Real Madrid, will be the next footballer to model underwear for Emporio Armani, in their spring-summer 2010 collection, replacing AC Milan and England footballer David Beckham, Italian sports daily La Gazetta dello Sport announced on Friday.
[snip]
The news, which was leaked by sources from both the football and fashion worlds, has still not been made official. According to La Gazzeta, Ronaldo will feature on advertising billboards for Armani’s younger clothes section in all of Europe’s major cities as of February next year.

We are so looking forward to those billboards. Let’s hope they will feature Cristiano in his wet undies.

Finally, Cristiano Ronaldo’s Armani underwear photos are here. They’re not nearly as provocative as David Beckham’s but maybe he’ll be reserving them provocative poses in the future. 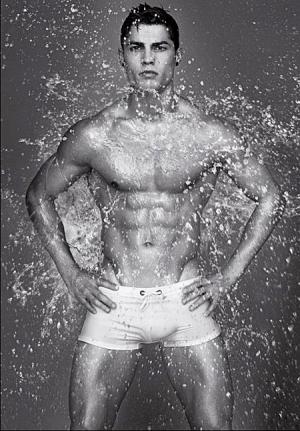 More Cristiano Ronaldo Armani Underwear Modeling Photos. Here are more Cristiano Armani modeling photos. We are not impressed. And we are blaming the photographer because they made him look like a robot. Seriously, where is the man and his humanity in these photos? Nada! 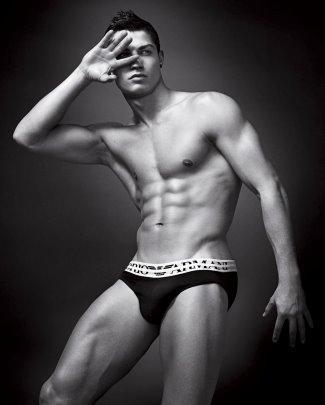 This is an advertising fail for Emporio. They made a living vibrant human being like Cristiano into a lifeless, soulless maniquin. How sad! 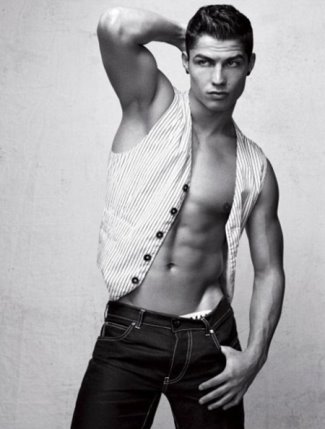 Here’s Cristiano as a doll with a scary stare. Hehe. 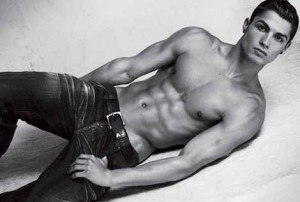