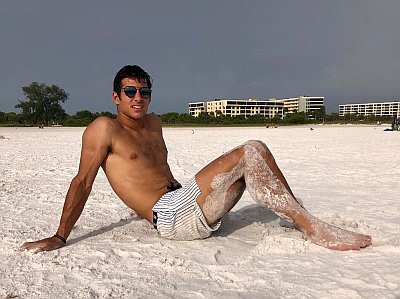 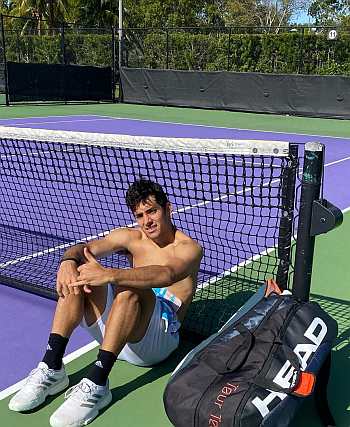 Let’s check out some of his championship trophies, shall we? First up is this trophy from his first 500 Series title which is the Rio de Janeiro Open in February last year. For those wondering, the curly-haired guy beside him is Brazilian tennis great Gustavo Kuerten who is probably the greatest tennis player who ever came from Brazil. 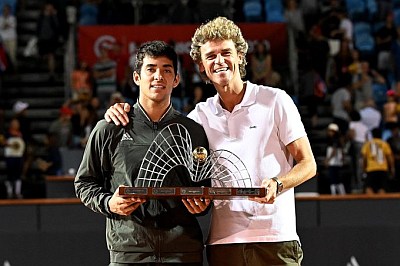 And here’s Cristian with his first ever ATP title trophy which he secured following a win over Casper Ruud at the U.S. Men’s Clay Court Championships in Houston, Texas. 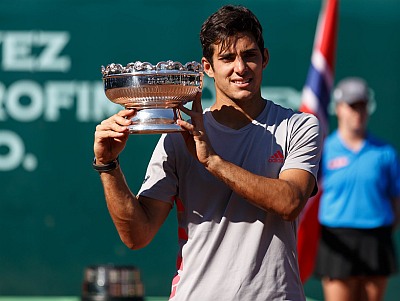 Cristian Garin Gay or Straight? Girlfriend or Boyfriend? He is straight and is dating girlfriend Melanie Goldberg. According to the Chilean newspaper El Periscopio, Melanie is a publicist who graduated from the Universidad del Desarrollo and who currently works as an account executive at an agency called Bestia. They look cute together, no? Pic is from Cristian’s Instagram page which you might want to follow @garincris. 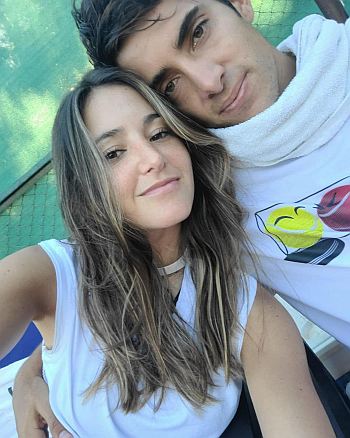 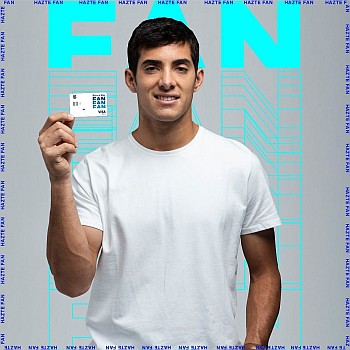 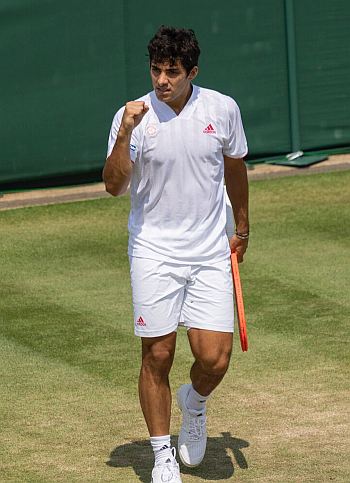 Cristian is currently playing at the U.S. Open where he is the 16th seed. He’s through to the second round after beating Slovak tennis player Norbert Gombos in his first match. He will be up against Swiss player Henri Laaksonen in the second round.