Cricket Players Underwear: What Kind of Underwear Do They Wear? What kind of underwear do cricket players wear on the field? We’d like to think that they wear something like the one seen on Shane Watson above. Looks like a jockstrap, no? According to wiki, aside from the jockstrap itself, you have to insert a “box” to protect the you-know-what from throw gone awry that could hit your family jewels. Are you cringing at the picture of a fast ball heading toward your nether regions? 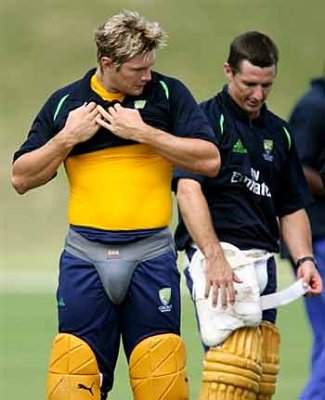 Anyhoo, let’s check out other hockey players in their jockstraps, shall we? Here’s Australian cricket star Brad Hodge during a practice session years back during the 2007 World Cup in Antigua. 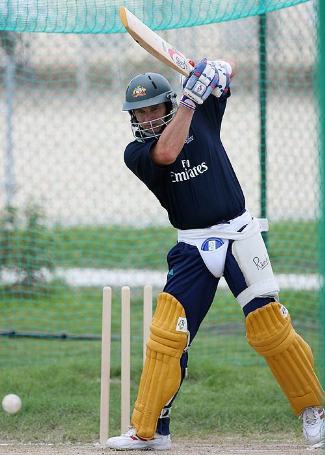 And here’s Dutch cricketer Ryan ten Doeschate putting on his jockstrap during during a practice session during the Group B ICC Cricket World Cup 2011 in New Delhi. 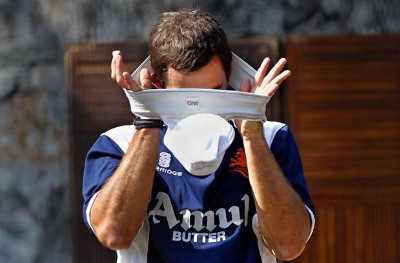 Now that have a better idea (we hope anyways) on the kind of undies that cricket athletes wear on the field, let’s check out what they wear outside of the game, shall we? Here’s Andy Bichel, with Martin Love and Brad Williams, playing rugby in a pair of briefs-style Speedo. 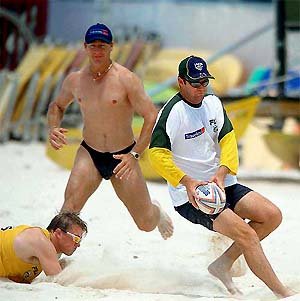 Did you know that Andrew Flintoff, probably one of the most famous English cricket player, went on to become a professional boxer? Check him out in his boxers underwear during a pre-fight weigh-in. [Want to see more hot Andrew Flintoff?] 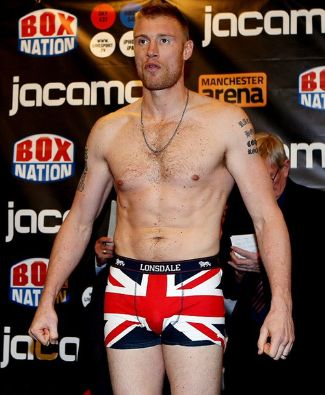 Like their counterparts in other sports (i.e., tennis great Bjorn Borg and football star/male fashionista David Beckham), some famous cricket players established their own underwear line. Check out the much-awarded Aussie cricketer Brett Lee modeling his own Ace Star underwear. 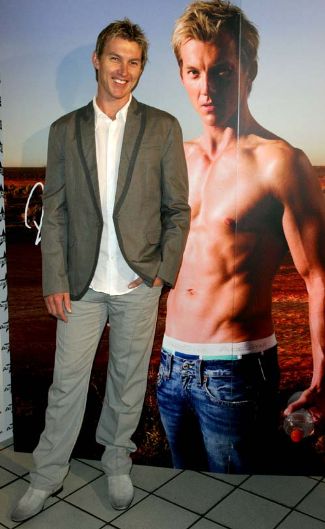 And here’s Brett with some hunky dudes modeling his Ace Star underwear. 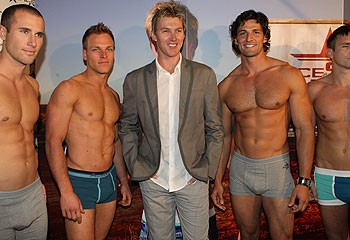 Another retired cricketer who has his own underwear line is Shane Warne, one of the greatest bowlers of all time. Here’s Shane with some male models wearing his underwear. 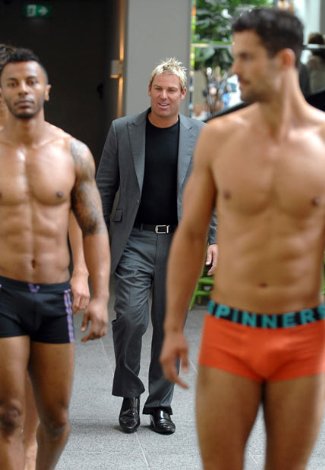 Shane’s underwear line is called Spinner.Of course, it ain’t just a cricket players underwear. It is for everybody and fits different kinds of bodies. 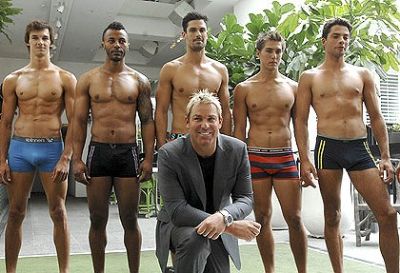 Meanwhile, some cricket players do some modeling on the side. One of them is Michael Clarke, captain of the Australian national cricket team, who signed up to be a spokesmodel for Bonds Underwear. 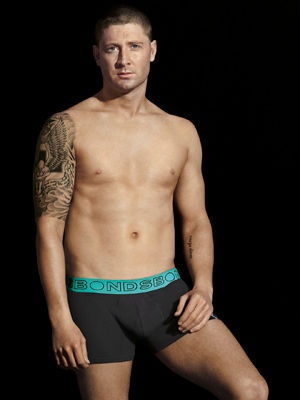 For his part, 2009 Cricketer of the Year Mitchell Johnson models Jockey underwear. 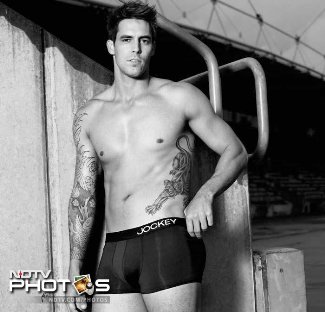 Another pic of Mitchell wearing a Jockey uplift trunks. 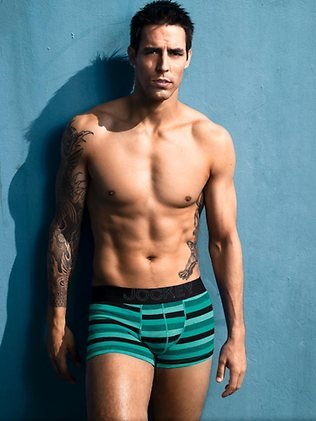 That’s all the cricketer underwear photos we have for now but here’s a geeky but kinda hot Daniel Vettori with a peekabo Polo Ralph Lauren Underwear. 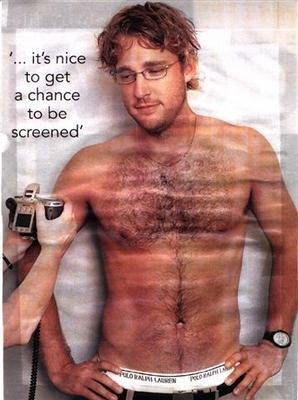 Dhoni and Irfan Pathan rocking it in swim shorts. 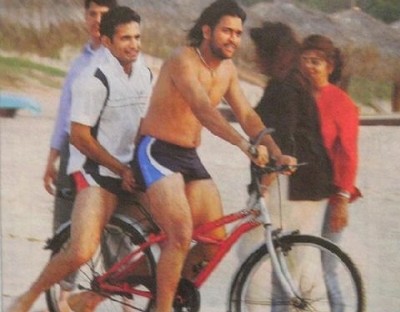 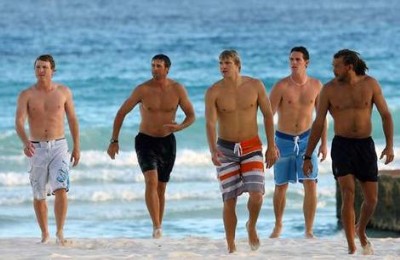 One of our favorite cricket hunks, Shane Watson in short shorts.

Here’s a shirtless Shaun Tait from the Men of Cricket calendar. 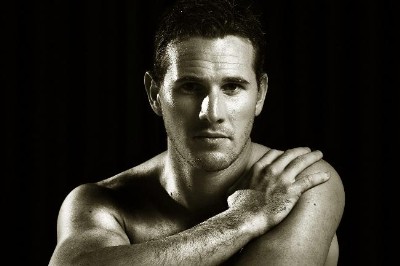 And, finally, here’s the gorgeous Nathan Bracken, also from Men of Cricket. 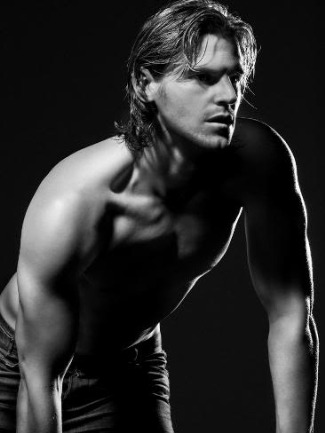