Corbin Bleu Gay or Straight? We are updating this post to answer one of our visitors most googled questions: Is Corbin Bleu gay or straight? Well, he is straight. And, last week, he tied the knot with now-wife Sasha Clements. Here’s a pic of the happy couple during their wedding day (via People Magazine). 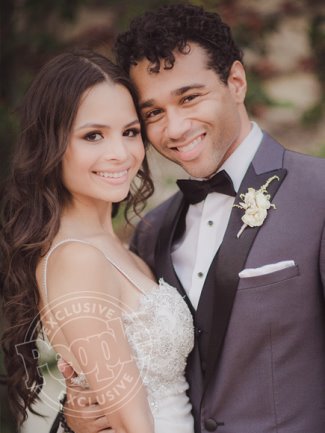 Like Corbin, Sasha is also in the entertainment biz as an actress. She is from Toronto, Canada. She has 11 acting credits to date according to IMDB the most prominent of which would be as Kiki Kincaid on the TV series, Majority Rules.

Corbin Bleu Underwear Preference: Boxers of Briefs? Seems like Corbin is more of a boxers guy rather than a briefs dude. Check him out wearing classic white boxer shorts in this Broadway photo. 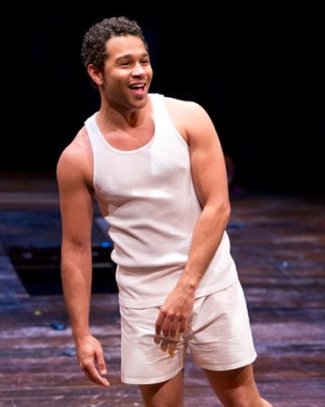 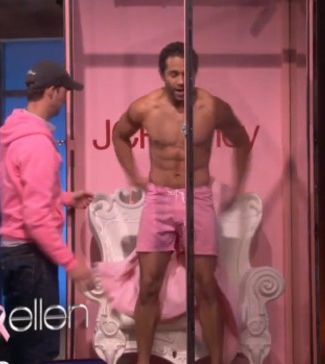 Want some pink underwear for men? 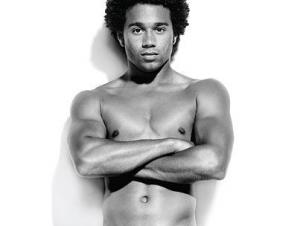 With Zac Efron looking like he’s going to be stuck in the twink category forever, we’re betting that the only Disney star of this generation who can graduate to become a hunk is this dude, Corbin Bleu. Corbin, as we mentioned in an earlier post on Ben Hollingsworth, is going to co-star in The Beautiful Life, a show about models living the lives of models. Tyra Banks and Ashton Kutcher, who co-produce the show, might make some cameos.

Corbin goes shirtless at the beach! 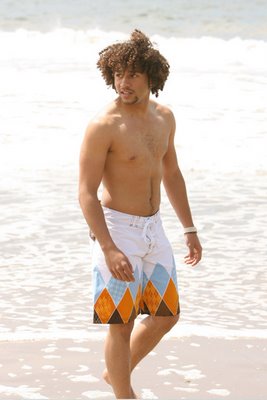 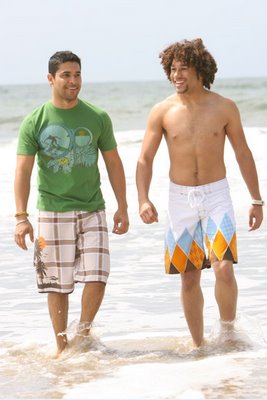