Cooper Cronk Speedo and Shirtless Photos. Famewatchers, meet Cooper Patrick Cronk, an Australian professional rugby league footballer who is currently playing for the Melbourne Storm of the NRL.  We mentioned him in our post on Australian Rugby Players in Speedos but he deserves a standalone post because he is hawt, hawt, and hawt! Hehe. 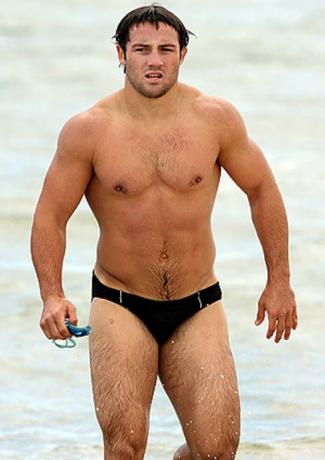 Doesn’t he look like a Greek god rising from the sea to claim the land as his own? We wouldn’t mind becoming his subject. Hehe. 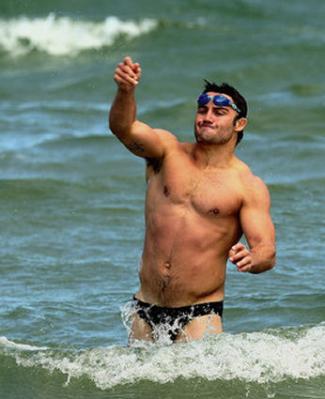 Cooper is a good example of a hot guy that sizzles in the water. Other famous celebrities and male athletes we can think of who sizzle in the water are: Canada’s Alexander Despatie, rugby player Ben Cohen (see his squarecut swimtrunks in a photoshoot for Attitute magazine in our post: Ben Cohen’s Underwear), and Daniel Craig whose male version of Ursula Andress’s “rising from the water” photo is still to be topped by any celebrity.

But let’s get back to the awesomeness of Cooper Cronk, shall we? There is absolutely no doubt in our mind that this Aussie jock is hot but those of you who need convincing might be convinced by this photo showing a fabulous, well-toned upper body. Darn, that’s just soo hot we’re ready to melt. 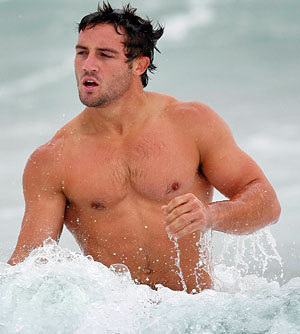 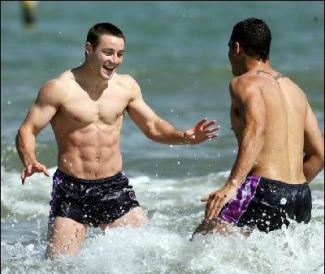 Who want’s to hold Cooper’s ball? 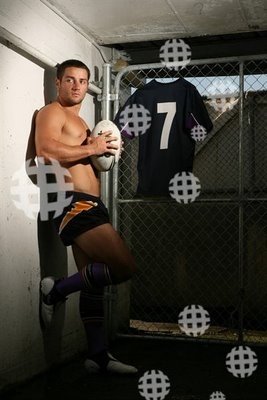 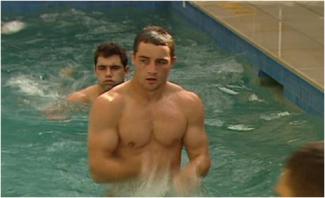 Cooper Cronk Gay or Straight? He is straight. And he’s been photographed with this girl, Eli Censor, who may or may not be his girlfriend. 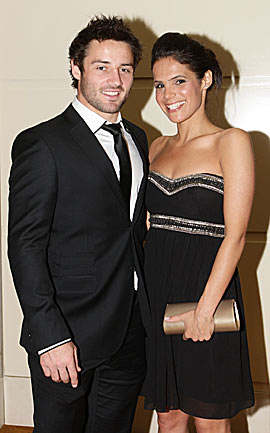 Cooper Cronk Girlfriend Update (1 June 2017). We are updating this post to note that last December 2016, Cooper proposed to his girlfriend Tara Rushton. She accepted so the two are now engaged. Here’s a photo of the couple during a red carpet appearance. When will their wedding be? 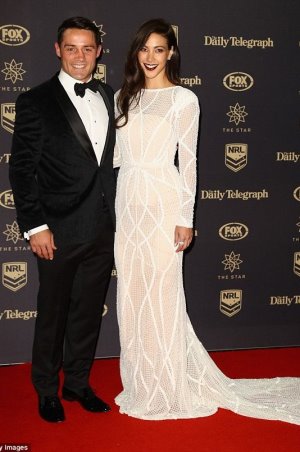 Whether he’s dressed in a suit or in a skimpy swimsuit, our Cooper is oh-so-gorgeous!