Conor Kennedy Shirtless, Peekabo Underwear, Girlfriend (2020 Update). Oh boy, time sure moves fast doesn’t it? It’s been nearly eight years since we originally published this post and we think its high time to update it to bring you more shirtless pics of the good lookin’ Kennedy scion who is now dating model Michaela Vyhobova. 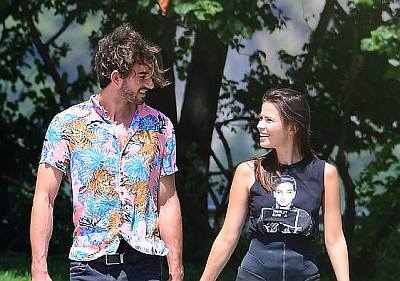 And here are the shirtless photos some of you are looking for. Haha. 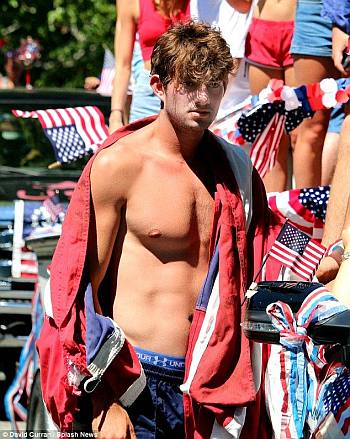 He appears to be very fond of Under Armour underwear as you can see in the peekabo undies he is wearing. Want more handsome American guys like our Conor? 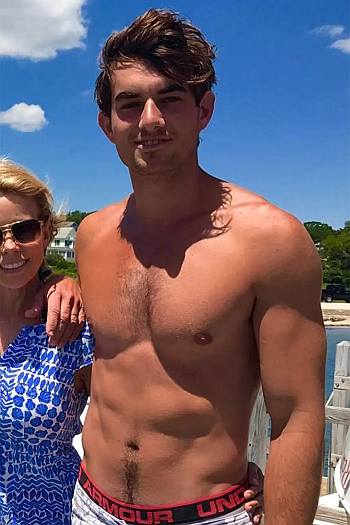 …..
Taylor Swift and Boyfriend Conor Kennedy (18 August 2012). Does Taylor Swift’s red two-piece bikini swimwear remind you of the 1930s/1940s? We’re guessing she’s trying to revive a trend from the innocent days of yore? Nice move, Ms. Swift but we think most gals these days are not about to go wearing a swimwear that looks like what their grandmama used to wear. If they’re going for a swim, we’re betting that they’ll opt for something like these celebrity two-piece bikini swimsuits. Right, Deena. 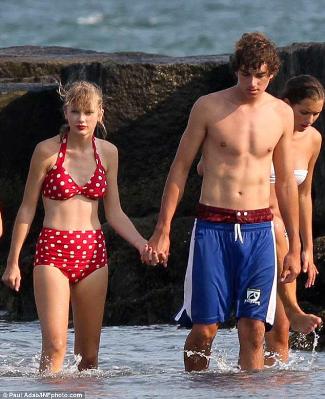 We’re not saying Taylor’s pick of swimwear is a fashion fall (hmmmm, on second thoughts, that’s actually what we are saying) but we hope next time she goes to the beach she’d wear something like this Princess Leia Gold Bikini Swimwear that some celebrities are very fond of.

Anyhoo, after dating the likes of Joe Jonas (tween star turned has-been), John Mayer (musician with a PHD or pretty huge you know what), and Jake Gyllenhaal (Hollywood royalty, in our book anyways), the multi-awarded 22-year-old music superstar is now dating a member of one of the most important families (if not the most important) in America, Conor Kennedy.

We think they’re a good match. But like his girlfriend, Conor needs some help in the “what should I wear to the beach” department. Not that we’d expect him to go swimming in his Speedos (although that would be cool for our friend Kevin who likes guys in Speedos) but he should have gotten rid of that brown underwear peeking out from his swim shorts. 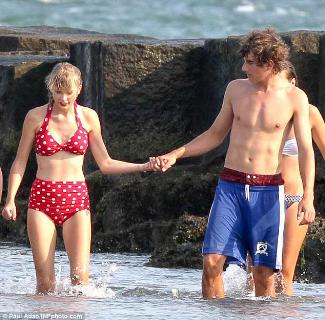 By the way, how tall is Conor Kennedy? He must be a very tall dude because he towers over his girlfriend who, in the words of comedian Kathy Griffin, is a “giantess at 6 feet tall”. [Note: Griffin is wrong but only by an inch. In an interview with Entertainment Weekly Magazine, Taylor mentioned that she is 5’11”.]