Concert Lawsuit: Andrew Kim vs. Rain. Look who’s got himself sued for not appearing in his own concert? It’s South Korean singer, Rain. Who is suing the Asian superstar? A guy called Andrew Kim who, in a lawsuit filed before the Los Angeles Superior Court, claims that he took a huge financial hit when Rain bailed on his concert. Andrew wants Rain to pay $30,000,000 plus punitive damages. 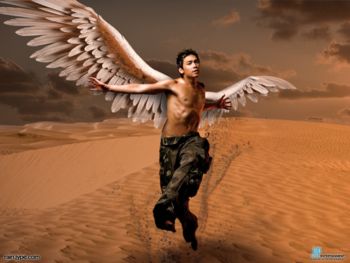 Thirty million dollars is a lot of money but Rain, being the superstar that he is, likely has the money to pay in case he loses in this lawsuit. But do you think he will lose? [Want some Korean hunks like rain? Go check out our post on South Korean Male Models.

Look who might get sued for failing to appear in their concert in Indonesia. No it’s NOT Rain. It’s the American hip-hop group N.E.R.D.

Should we cut the group some slack? It turns out that the reason for N.E.R.D’s non-appearance is because of the treatment they received in neighboring Malaysia where they were questioned by the police and imprisoned and threatened with detention. That should be a good enough reason for not going on with their concert but they should have informed organizers of their decision much earlier and not just a few hours before the event.

Livenews reports: “We are going to file a lawsuit against N.E.R.D.’s management for their unilateral decision to cancel,” Java Festival Production spokesman Rezanda Tamaputra told AFP.

He said the band only notified his office about the cancellation a few hours before they were due to go on stage on Sunday evening.
“They have to pay all the costs we incurred over this cancellation,” Tamaputra said.

Some 3,000 ticket holders would be reimbursed this week, he added.

“N.E.R.D. cancelled their show in Jakarta because the band members were afraid to come to Indonesia because of the bad experience they had in Malaysia,” Java Festival said in a statement. “N.E.R.D. were very depressed about being threatened with detention for up to two weeks. This has never happened before in the music industry… Shortly after the show finished all the band’s passports were confiscated. This is a very bad precedent.”

Speaking of celebrities who are sued for not honoring their contractual obligations, here’s a post we wrote about Bruce Willis:

Look who’s getting sued for not honoring his contractual obligations? It’s bald [but still hot] daddy Bruce Willis. Bruce was supposed to direct a film called “Three Stories About Joan” but he backed out of the project without notice. The movie supposedly stars Owen Wilson and Camilla Belle aka Joe Jonas’ girlfriend.

The lawsuit, filed today in L.A. County Superior Court, claims “Willis abruptly and without notice terminated his services as director for personal reasons and walked off the set.” The suit doesn’t get more specific.

Your turn Bruce to tell us your side of the story.