Colin O Donoghue Shirtless, Wife, Gay or Straight, Young Colin. So we started binging Once Upon A Time on Netflix and we gotta say we are love, love, loving it. Not to be cliche but you can say that we are hooked by Captain Hook and his fellow denizens of Storybrooke. We just finished season 5 and, before we go back to binge the show, we decided to write this post on our favorite character and the actor playing him, Colin O’Donoghue who probably has the best chest hair in all of Hollywood. Seriously, don’t tell us you ain’t thirsty for more of this: 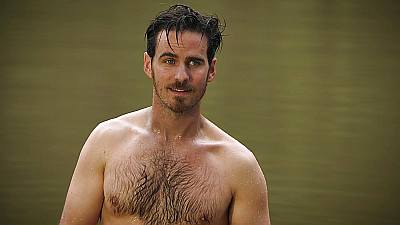 More Colin shirtless photos. Disclaimer: we do not know if these are fake or the real deal because Colin has tons of creative fans out there (particularly on Tumblr) with some excellent photoshopping skills. 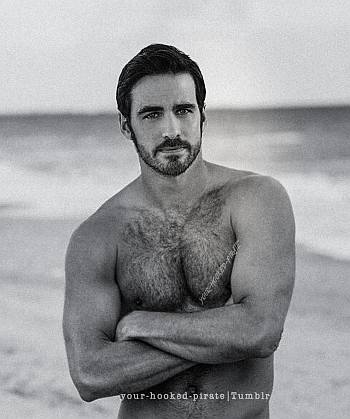 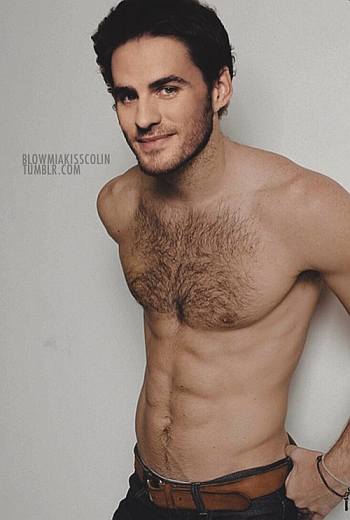 Colin O’Donoghue Gay or Straight? He is straight but an ally to the LGBT community as he voiced out his support for marriage equality when the people of Ireland voted on the issue of legalizing gay marriage back in 2015. For those who are wondering, gay marriage was approved by voters by a 62% to 38% margin.

Anyhoo, for those of you into fan fiction, here’s Colin getting a peck from Once Upon co-star Michael Raymond-James who plays Baelfire on the show. Pic is from the San Diego Comic Con 2013. 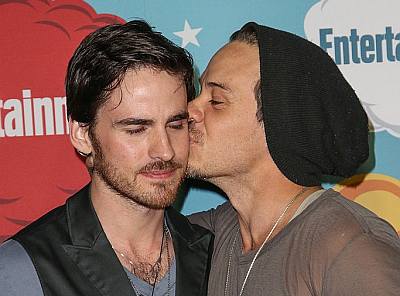 And Colin returned the love in the pic below: 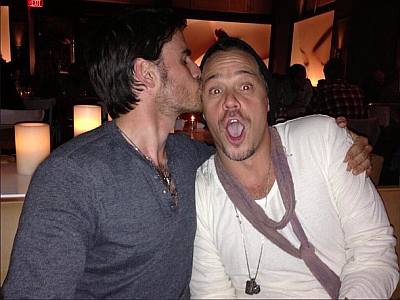 Colin O’Donoghue Relationship Status? Is he single or married? Does he have a girlfriend? Our Colin is a very much married guy and very much a family man. According to his wiki page, the Irish hunk tied the knot back in 2009 with then long-time girlfriend Helen. The couple have two children together.

Some wedding photos of Helen and Colin which we grabbed from bustle.com: 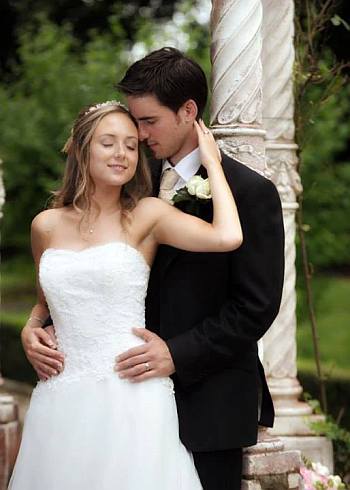 Awww! They look so good together, don’t they? 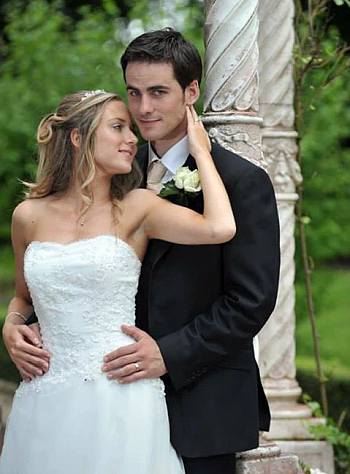 With or without his beard, Colin sure is a looker. Here’s another photo of a younger and beard-less Colin: 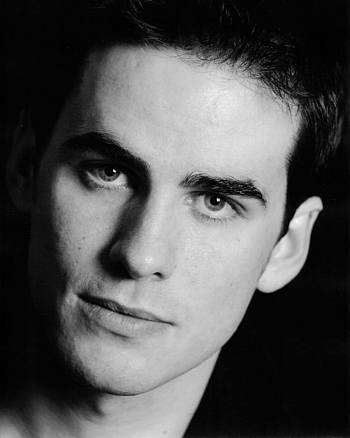