Colin Kaepernick Underwear: Boxers or Briefs? When it comes to what he wants to wear down there, does San Francisco 49ers quarterback Colin Kaepernick like the looseness of boxers? Or is he partial to the snugness of briefs? Well, we don’t really know the answer to this all-important celebrity “boxers or briefs” question but the denizens of Lipstick Alley have taken a crack at it and arrived at the answer: that the young multi-millionaire wears briefs.

From a Lipstick Alley forum conversation:

Lipsticker 1: Are those briefs? And I see Colin is letting the Ratchet Flag fly.
Lipsticker 2: yep those are briefs. i swear you cant take colin nowhere just a mess

What are the gals (we’re presuming they are gals) referring to? Well, they are referring to the next photo below. And we agree that, based on the garment’s cut and shape and the way it hugs Colin’s booty, it does seem like he is wearing briefs rather than boxers. You agree, right? Hehe, the things we do to accomplish our goal of determining the underwear picks of all famous male celebrities. 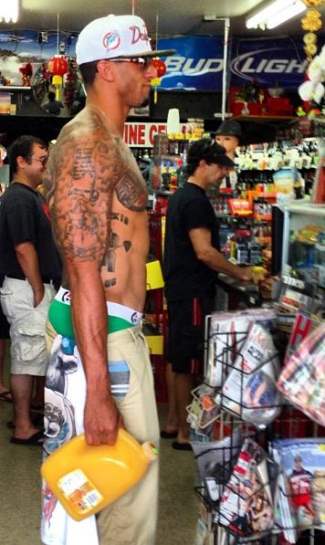 For those of you who are brand conscious and are wondering about Colin’s underwear brand, here’s another pic that does a better job at telling us. Apparently, our Colin likes Ethika Underwear. We must say that this pic below is our favorite of Colin’s for one subtle yet obvious reason. Hehehehe. 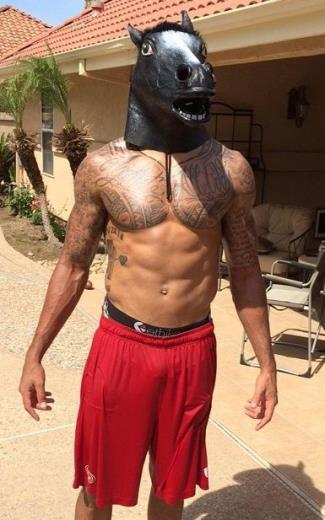 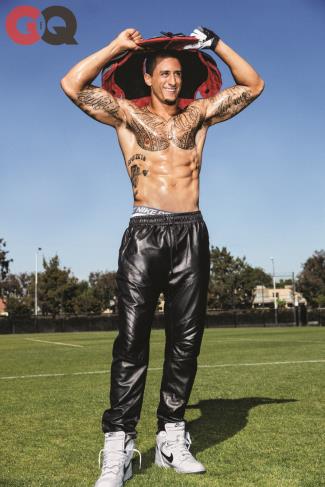 Colin and his Nike Pro. 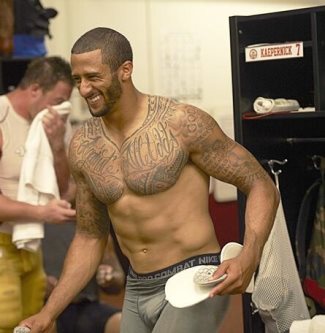 Is Colin Caepernick Gay or Straight? We ask this question because, for some reason, if we google his name one of the search phrases that Google suggests is “Colin Caepernick boyfriend”. Seriously! Try it out yourself. We don’t know why the Google gods do this but it, naturally, made us wonder whether our football star is a friend of Dorothy. Nothing wrong with that of course. In fact, the more friends Dorothy has, the happier the world will be.

Anyhoo, we’re apparently not the only ones who wondered about the matter. Here’s a post from queerty.com:

Pictures of the handsome pair together sparked rumors after Perez posted them to his Facebook page (here and here), only to be mysteriously taken down and tucked away within a matter of hours. Maybe the photos were unflattering? Maybe their love is nothing more than a bromance?

Anyhoo, we’re not sure if this is the photo Queerty is referring to but here’s Colin and Luis Perez: 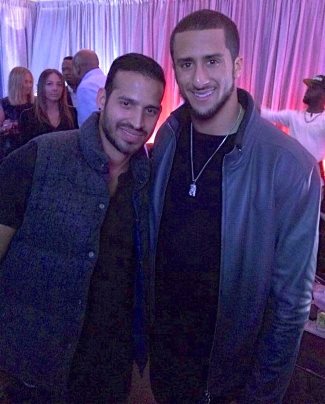