Claire Sweeney and Daniel Riley Engaged: When’s the Wedding? It’s about time we blog about one of our more interesting topics here on Famewatcher: Celebrity Cougars or older women who love them some younger dudes.

This time, let’s check out English actress Claire Sweeney and her young loverboy Daniel Riley. She is 41 years old and he is 14 years younger at 27. But you don’t see much of an age difference judging by these photos. Lots of props to Claire for maintaining her youthfulness. 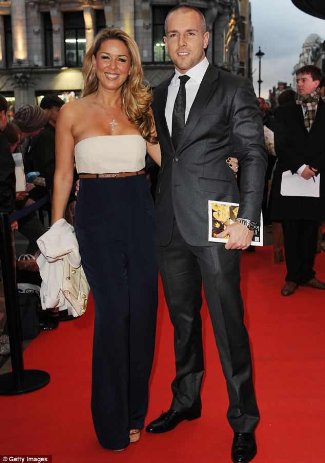 These two do look like they’re made for each other, no? 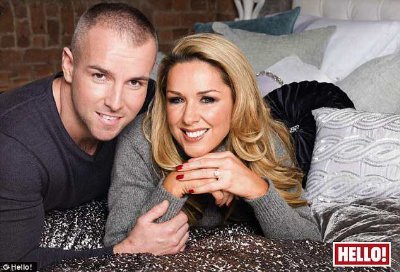 Claire Sweeney and Daniel Riley Proposal. Anyhoo, according to the Daily Mail, Daniel proposed to Claire this past Christmas. She accepted of course which is why we’re seeing her fabulous engagement ring in the first pic above.

What does Claire have to say about her upcoming wedding (no date set yet) and the married status she will soon be in? Here’s what she told Hello Magazine:

The reason I’ve never married or had children is because I take it very seriously and I hadn’t met the right person.
I’m a workaholic. I’ve had a great life and a fabulous career. It would take a very special man to make me stop and want to be with them.Daniel is that person. I was thrilled when he asked me to be his wife.

On their age gap: When we first met, the age gap did hold me back. But the age difference is about the same between my parents. I felt it was about finding things in common, where you have the same values and morals. That happened over time and now I never notice the age difference. I’m actually surprised when people mention it.

On their wedding which they plan to hold at the House of Lords: The Lord, as Cilla calls him, is such an incredibly generous man and has become a very good friend. He said he will arrange it so that we can have all my showbiz mates perform. The House of Lords will never have had so much showbusiness in it.

On having kids: I definitely want to have children, that’s still part of my plan, so hopefully watch this space. I believe in fate but I think you do start thinking; yes I am at an age now where I do have to think about it and consider it. But then a friend of mine has just got pregnant at 46. She had been trying for years for a baby and then got pregnant naturally at 46.

Congratulations to Claire and Daniel. We look forward to covering their wedding. What will Claire’s wedding dress look like? Who will be her gown designer? We hope to update you in the future.