Christian Antidormi Shirtless David Archuleta Lookalike. Message to MTV: Hey MTV people, we like your awards because you have the most interesting award categories like Best Sandwich in a Movie, Best Kiss, Best Fight, Biggest Badass Star, and the like. May we suggest another category and we would like to nominate one who deserves to win it. The category would be Best Shirtless Guy in a Tub. 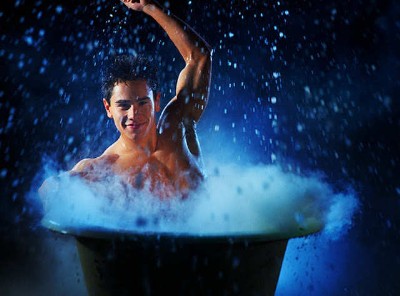 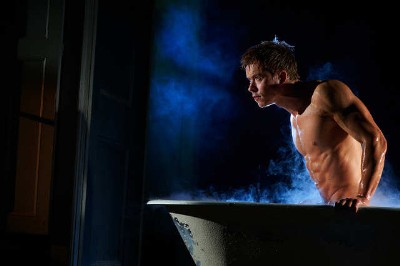 Look at them washboard abs! Unfortunately, the people behind Spartacus: War of the Damned where our 20-year-old actor is playing Tiberius are hiding Christian’s abs behind those robes. What a missed opportunity, no? 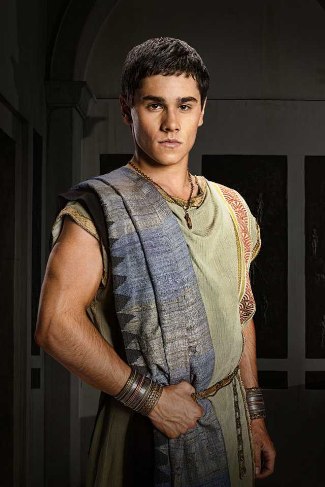 Christian with Todd Lasance who plays Julius Caesar in the episode Wolves at the Gate. 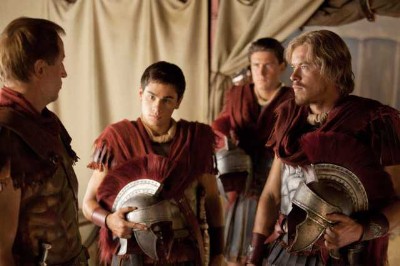 Ugh. Our Christian’s got a bloody face. 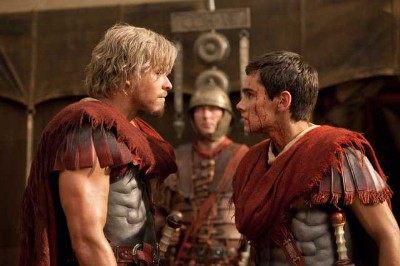 Does Christian remind you of another good looking young man? We are referring, of course, to American Idol runner-up David Archuleta [see David Archuleta’s Underwear]. They’re like two peas in a pod. 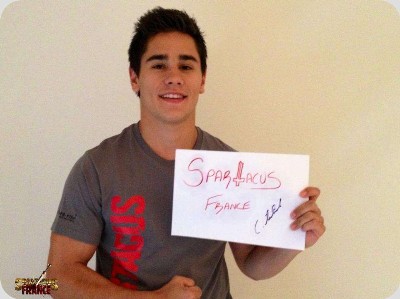 He is cute with a capital C. 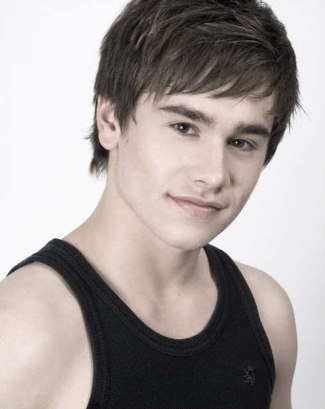 Does Christian have a girlfriend? He does not seem to have one at the moment. What about a boyfriend? Hehe. Is he shaggy-shaggy with Spartacus co-star Dan Feuerriegel as the photo below suggests? 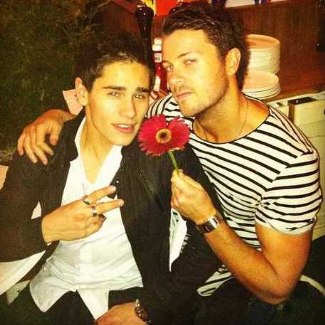 Nah! Looks like they are only doing that for the camera. Besides, we heard that Dan (or, rather, his Spartacus character Agron) is kinda committed to Pana Hema Taylor’s Nasir. We doubt if the Nagron fanboys and fangirls will take kindly to our Christian (Tiberius) should he ever get mixed-up in that equation.

Wanna know what Christian sounds like? Here’s him during a red carpet interview answering questions about being the new kid in the Spartacus block.

Damn. He is overflowing with hunky cuteness. Haha. We love, love, love his Aussie accent. For another Aussie hunk on Spartacus, go check out our post on Dustin Clare Underwear & Shirtless Pics.

Note: Christian’s bath tub photos are from the coffee table book In the Tub which also featured the other cast members of Spartacus. Photos by TJ Scott.