Chris Wood Gay or Straight: Girlfriend, Shirtless, Underwear Photos. Is Supergirl actor Chris Wood gay or straight? He is straight but, apparently, he does not mind going kissy kissy with boys — at least on screen. Currently, Chris is in a relationship with Supergirl co-star Melissa Benoit; they started dating each other in March this year. Here’s Chris and Melissa enjoying each other’s company during a recent beach vacation. 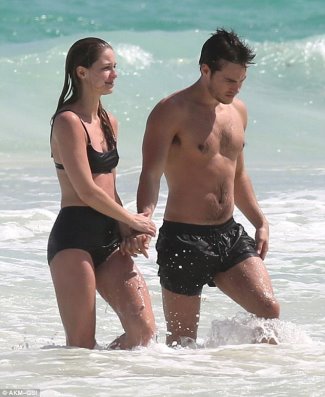 The 28-year-old actress and the 28-year-old actor, who both star on The CW’s Supergirl, were spotted kissing passionately at the beach in Cancun this week and there are photos to prove it. Melissa and Chris film the series up in Vancouver, Canada and they have been seen walking each other’s dogs on several occasions this month.

Melissa filed for divorce from her husband Blake Jenner back in December and it was reported that Chris split from his girlfriend Hanna Mangan-Lawrence in January.

In the past, Chris also dated AnnaSophia Robb and Erin Burniston. As for getting cozy with the boys, here’s Chris getting huggy huggy with fellow The CW star Grant Justin. 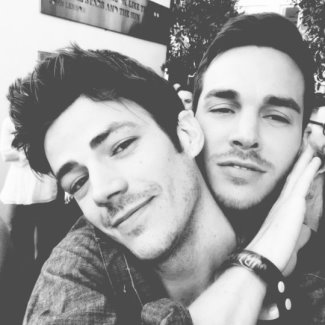 And here’s our hunk going a-kissy kissy with Ian Somerhalder when he guested on The Vampire Diaries. Nice, no?

Ian and Chrissy sitting on a tree. Nah, not really. But they sure are on each other’s pockets. They sure are feeling each other out, ain’t they? 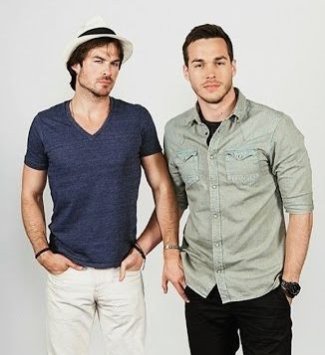 Chris Wood Underwear Preference? Apparently, as you can see in these photos screencapped from Supergirl (courtesy of auscaps.me), Chris likes him his boxer shorts underwear. 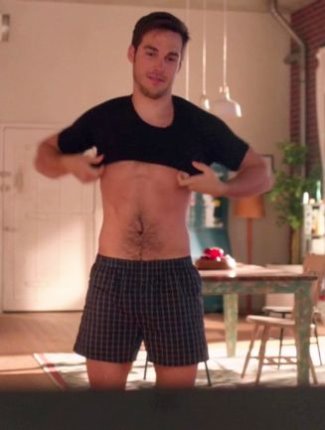 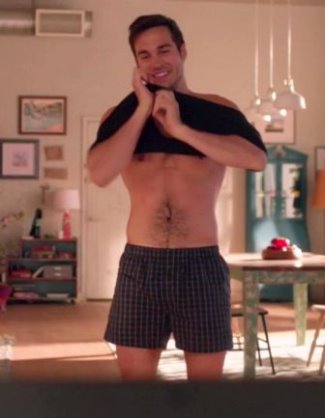 Will we ever see him wearing skimpy briefs? Well, one can only hope. Hehe. 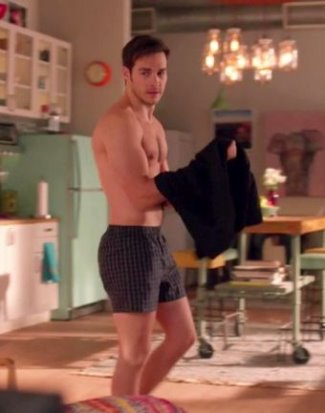 Who is the cute guy smiling on the foreground? 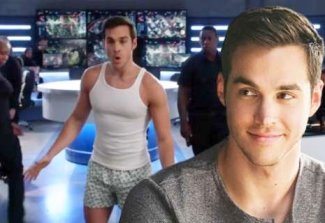 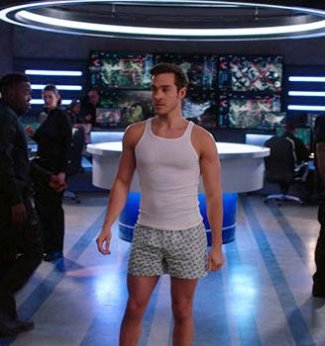 Let us end this post with our favorite Chris Wood underwear photo. 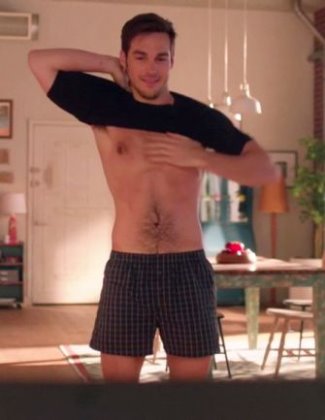