Chris Medlin Shirtless, Underwear, Boyfriend: Sweet Magnolias. Aside from Carson Rowland, another up-and-coming actor you should check out on the Netflix show Sweet Magnolias is Chris Medlin who plays a chef on the show who is looking for his parents.

Will he eventually find them? Did he actually meet them already? Well, those are questions we hope is going to be answered on the second season of the show which, we are hoping, is gonna happen. Let us manifest it, shall we? Haha. 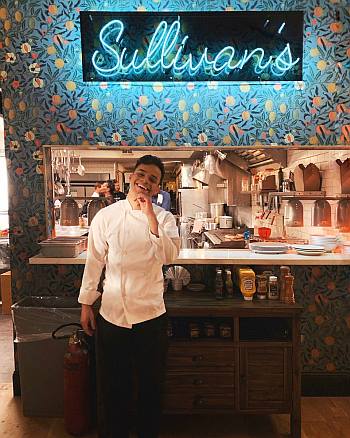 Chris is fairly new in the acting biz not only onscreen — Sweet Magnolias is his first significant role — but also on Broadway where he’s cast on the play Diana. Unfortunately, the play is on hiatus because of the Corona virus which shut down all of Broadway and, actually, all entertainment with the exception of streaming.

We gotta give him props for keeping his chest naturally hairy. Want more celebrity chest hair? 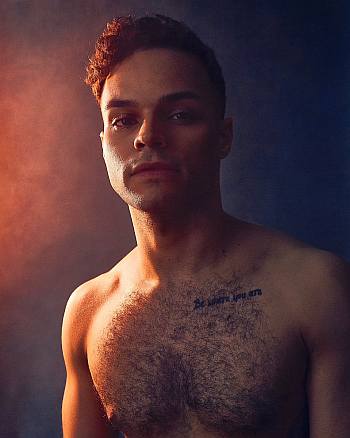 Chris Medlin Gay or Straight? He is a member of the LGBT community and is dating choreographer Phil Colgan. Here are photos of the lovebirds we grabbed from their Insta pages (follow them @mrmedlin and @philcolgan). 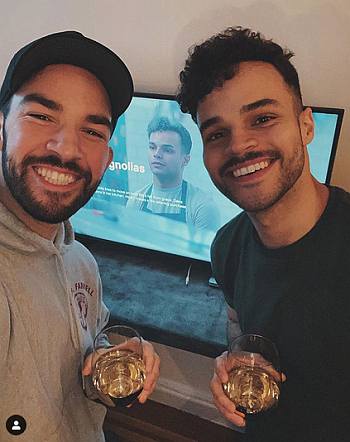 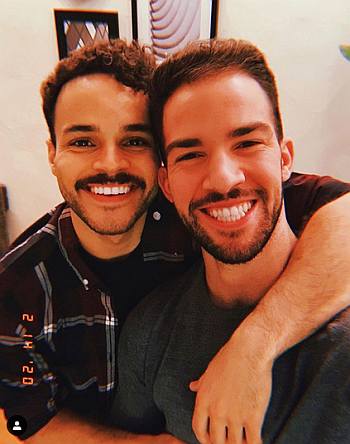 Chris Medlin Ethnic Background. In a post supporting the Black Lives Matter movement, the actor revealed that he is part black but was raised in a white household and community: “Everything feels tone deaf. I know that I have unimaginable privilege as a mixed race person and that has never escaped me, but I am black and I am proud. About 35%, if you want to get specific and I didn’t know that for sure til 2018 (thanks @ancestry). I have only ever known the white side of my family in the South and, meaning well, they raised me to believe I was also fully white… and then the world let me know I could never be.”

He adds: “Not knowing the POC side of my family and the lack of connection with my own body that caused is something I have always and will always struggle with. That has led to me tending to stay quieter publicly on race issues than I’d like to admit. I almost feel guilty for voicing concern in a battle that I know directly affects me, but is much tougher for others. But this battle is mine and it’s yours and it’s ours. And I’m here along side of you demanding you to raise our collective voices. Post, donate, protest. Speak up to your friends. VOTE. Change has to happen today. ✊🏾✊🏿✊🏽✊🏼 #blacklivesmatter #blm”

Chris Medlin Underwear: He Likes Him His Briefs and Boxer Briefs. Let’s end this post with photos of Chris rocking his underoos, shall we? First, here’s one from his Insta: 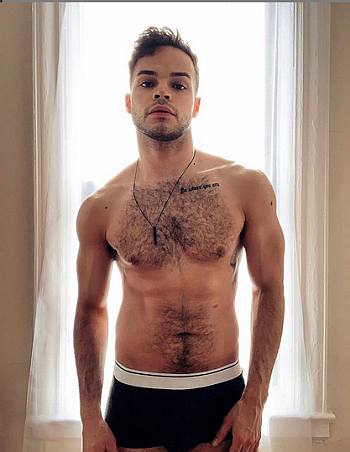 The next pic below is from the 2018 Broadway Bares: 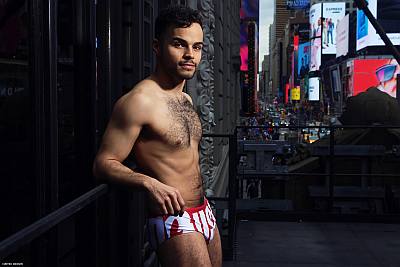