Chris Hardwick Underwear and Shirtless Photos. Should we include funnymen Chris Hardwick and Kevin Pereira in our group of men wearing women’s clothes? We think we should. 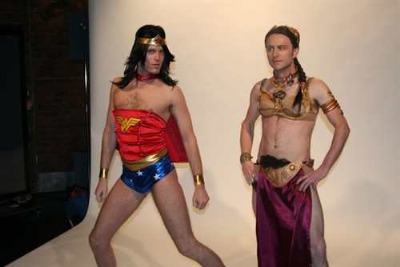 These photos of the two hot nerds dressed as Princess Leia in a gold bikini and Wonder Woman earns them the right to be included in our honor list of men who look good in women’s clothes. Hehe. 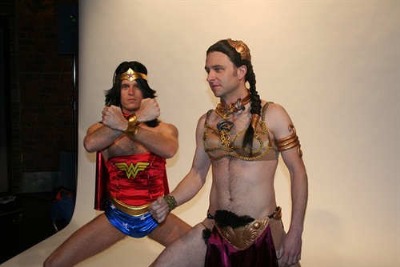 It must be said though that Chris does not only look good in Princess Leia bikini. He also looks pretty good in skimpy Speedo briefs as seen in these screencaps from an episode of Attack of the Show. 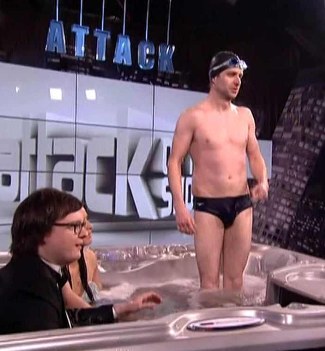 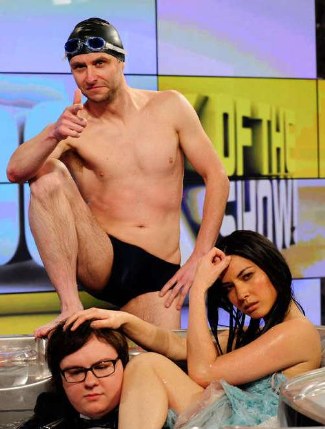 So he looks good in gold bikini as well as in briefs-style Speedo swimsuit but does he look good in his underwear? Can he give these Jockey male underwear models a run for their modeling money? Unfortunately, we don’t know the answer to that question because we don’t have a pic of Chris Hardwick in a man’s underwear. [Speedo is technically outerwear, right?]

But he does tease his audience during his stand-ups with “Hey look at my Abercrombie and Fitch” acts like the one below. 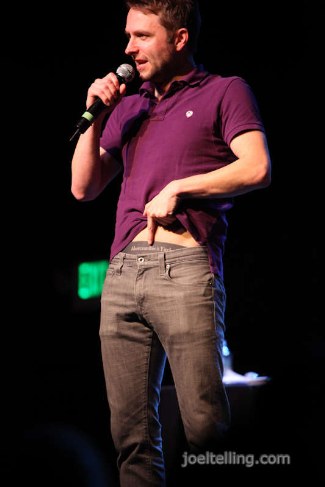 What a tease! Just go ahead and drop them jeans, you mansl*t! If you need held, Deena and Kevin are more than willing to help. Haha.

Chris Hardwick Gay or Straight? Our Chris is straight and very much married to wife Lydia Hearst. The two tied the knot on 20 August 2016. Here’s a photo from their wedding. 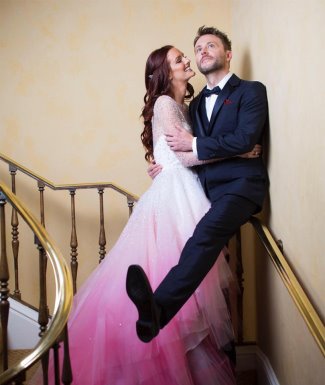 Despite his straightness, Chris doesn’t mind kissing other dudes as he does with John Barrowman in the next photo below. 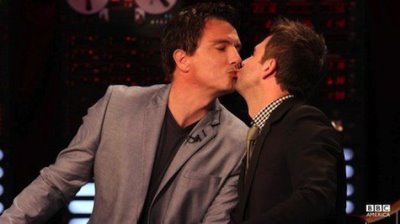 Apparently, the two have an ongoing bromantic relationship which may be why the denizens of gay-or-straight.com have given Chris a “highly gay” rating. 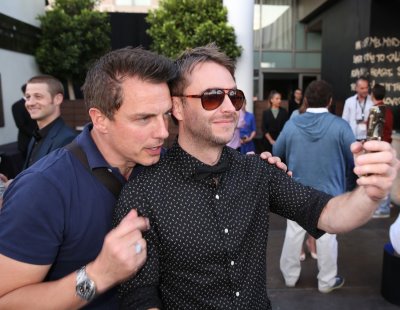