Chris Cuomo Shirtless: Fisherman, Spandex Hunk, and Drag Queen. There’s something fishy about CNN journalist Chris Cuomo! Well, actually, the only thing fishy about him is the fact that he apparently loves him his fish! Or, if you are a member of PETA or any other animal rights group, you would say that Chris actually hates him his fish because he keeps baiting ’em. A fish with a hook in its mouth will, of course, eventually die. 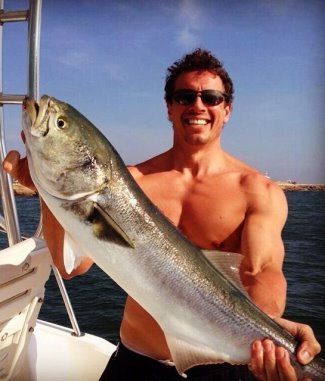 Anyhoo, here are some Chris Cuomo shirtless photos which tell us that the forty-something media hunk sure knows how to fish. 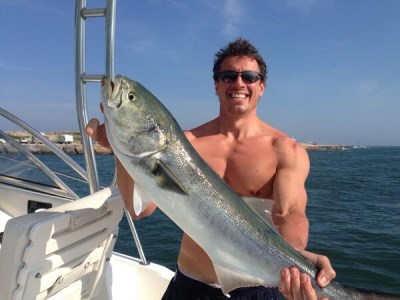 If you are ever marooned in an island, pray that Chris is with you because he’s an accomplished fisherman (or a fish-killing terrorist if you are PETA). 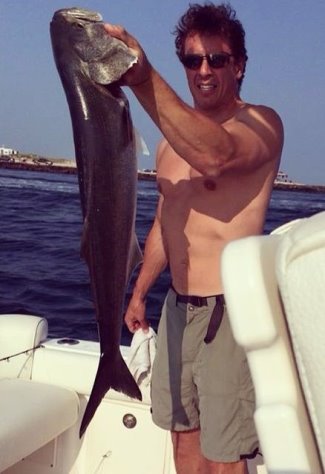 Is Deena the only one who’s looking at Chris’ perfect nips rather than that fish he’s oh-so-proud of catching? 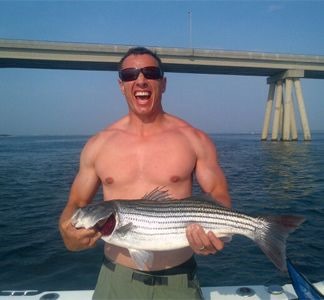 This is probably our favorite “Chris Cuomo caught a fish” photo. 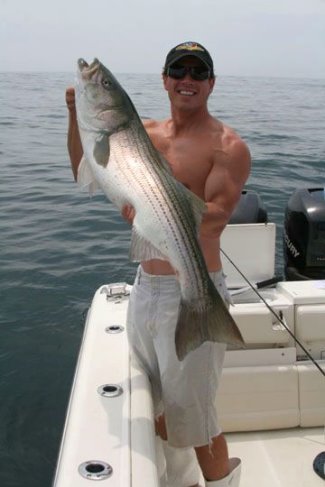 Now, here’s Chris as a dress-wearin’ drag queen. How cute is this pic? We love, love, love it! 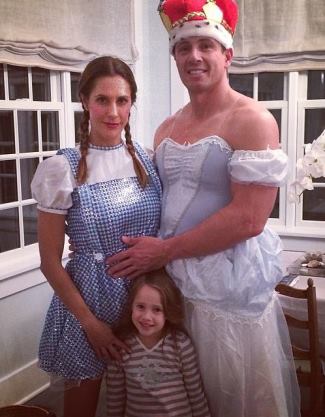 Pic is from his Instagram account (follow him @chriscuomo) which he shared to his followers with the following message: “Chacha love being with Dorothy and the King of Queens pre Halloween bash”. Chris deserves tons and tons of props for doing something to amuse his little girl.

Lastly, here’s the New Day anchor as a spandex-wearin’ tri-athlete. 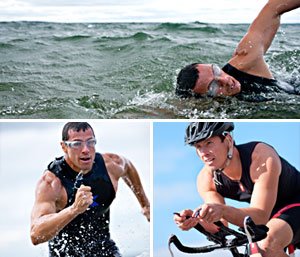 Let us have a closer look at them ripped muscles in motion, shall we? 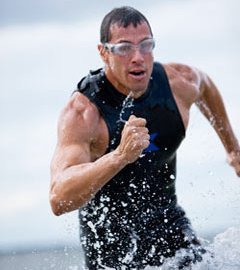 If we are not mistaken, the triathlon pics are from the 2010 Nautica New York City Triathlon which Chris completed earning him a medal. So that’s Chris Cuomo for you Famewatchers! Want more media hunks? Check out our earlier posts on the hunky Matt Gutman of ABC News.